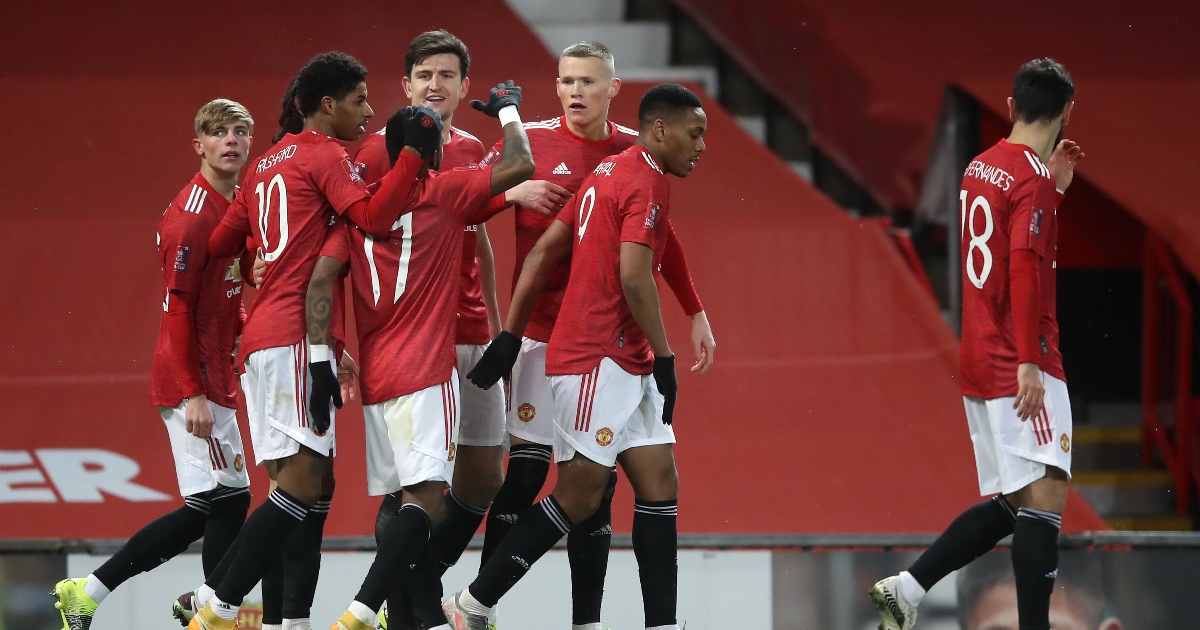 Solskjaer will be relieved his team made it through to the last eight on a night in which Lukasz Fabianski tipped a Victor Lindelof header onto the post in a first half that they edged.

West Ham had already been hit by an injury to Angelo Ogbonna at that point and his replacement Issa Diop became the first concussion substitute in English football when withdrawn at half-time.

Andriy Yarmolenko was then forced off in a goalless second half as the match went to extra-time, with McTominay firing in his seventh goal of the season to seal progress.

West Ham were able to call on Tomas Soucek after his red card against Fulham was rescinded, while United made six changes from Saturday’s frustrating 3-3 draw with Everton.

Two of those introductions combined well for the first chance of the evening as Alex Telles slipped through Anthony Martial to get away an 11th minute effort.

Ogbonna got in the way of the shot but could not continue afterwards, having been sandwiched between the forward’s boot and oncoming goalkeeper Fabianski.

The defender had several minutes of treatment before being replaced by Diop, with Aaron Cresswell throwing himself in front of a Mason Greenwood strike at a time when the Hammers were temporarily down to ten men.

Nemanja Matic lashed over as Man Utd penned the visitors back, with Fabianski reacting superbly to push a Lindelof header onto the post after a deflection.

Donny Van De Beek saw a shot deflected over towards the end of a first half in which Diop and Martial required treatment after a nasty clash of heads.

The defender continued for the remainder of the opening period but came off at half-time, with the Hammers confirming on their match blog that he was ‘replaced as a concussion substitute’.

Ryan Fredericks came on for him and Ben Johnson replaced Jarrod Bowen as the visitors went to a back five, with Yarmolenko soon limping off injured to be replaced by Mipo Odubeko.

There were more substitutions to report on than clear-cut shots, with Fabianski doing well to thwart Rashford’s close-range shot in a drab second period.

West Ham were showing a little more intent at the other end, but Aaron Wan-Bissaka was the first person to force Dean Henderson into action after horribly mis-hitting a clearance.

Bruno Fernandes and McTominay were brought on in the 73rd minute, with the former seeing a strike deflect over before Edinson Cavani came on to add extra bite.

Both sides struggled to stamp their authority on the game and Dawson wasted a chance to snatch victory in stoppage time, failing to get clean contact on a corner as Wan-Bissaka cleared his header.

The match went into extra-time as a result, with Brandon Williams and Luke Shaw introduced by Man Utd.

The latter quickly made an important contribution, winning the ball after Declan Rice’s heavy touch to start the match-winning move. West Ham failed to effectively deal with a cross and Rashford teed up McTominay delightfully to rifle home in the 97th minute.

Said Benrahma looked lively as West Ham pushed to draw parity, with the substitute glancing a header straight at Henderson in the second half of extra time.

Martial wasted the chance to add gloss at the death but victory was already assured.