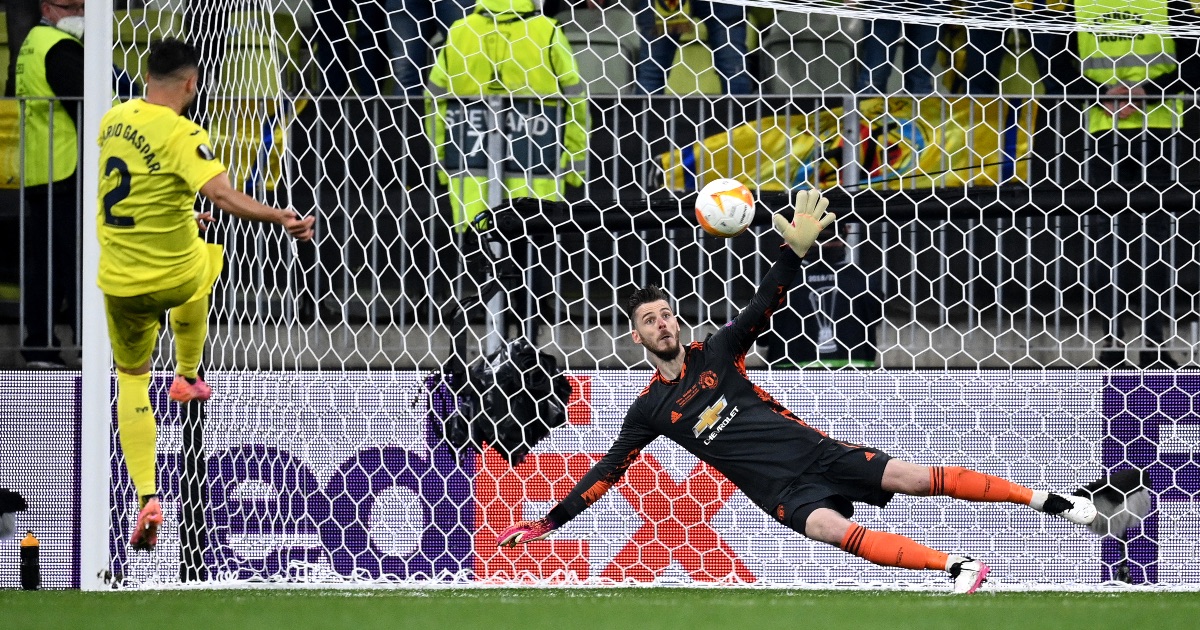 Had David De Gea followed his penalty notes on Wednesday, Manchester United would have won the Europa League.

Gerard Moreno opened the scoring for Villarreal in the first half before Edinson Cavani equalised for United after the break.

But neither side could find a breakthrough in normal or extra time, with the Spanish side winning 11-10 on penalties.

David De Gea’s inclusion was one of the talking points ahead of the game with Dean Henderson preferred for a big chunk of the season.

And now, a picture has emerged of the notes the Spanish goalkeeper was given ahead of the shootout detailing which way to dive for some of the Villarreal players’ penalties.

Here are the details of De Gea written for the penalties. They weren’t enough. @SkySport #MUFC @GianluBagnu #UELfinal pic.twitter.com/VSQonEukNj

Moreno stepped up first, but De Gea had no instructions on the striker.

He then followed the instructions exactly for the next three penalty takers, though each player scored.

De Gea may have saved Dani Parejo’s effort had he not dived too late – the instructions were accurate.

With the shootout then in sudden death, De Gea would have saved Moi Gomez’s penalty had he relied on the notes, which told him to stay central.

But he chose to ignore them and dived to his left.

Had he stayed in the middle, United would (may) have won the Europa League, with Fred then scoring the first penalty of sudden death.

De Gea was criticised by Paul Scholes as he “didn’t look like saving a penalty” before seeing his own effort saved to hand victory to Villarreal.

Scholes said: “Once you get to penalties anything can happen, we know that.

“I always feel a little bit worried being an Englishman that we’d be on the wrong side of it.

“But the penalties, you have to say… David… we spoke about his record before it, he didn’t look like saving a penalty. They [United] got a little bit lucky with Luke Shaw’s penalty as well.”