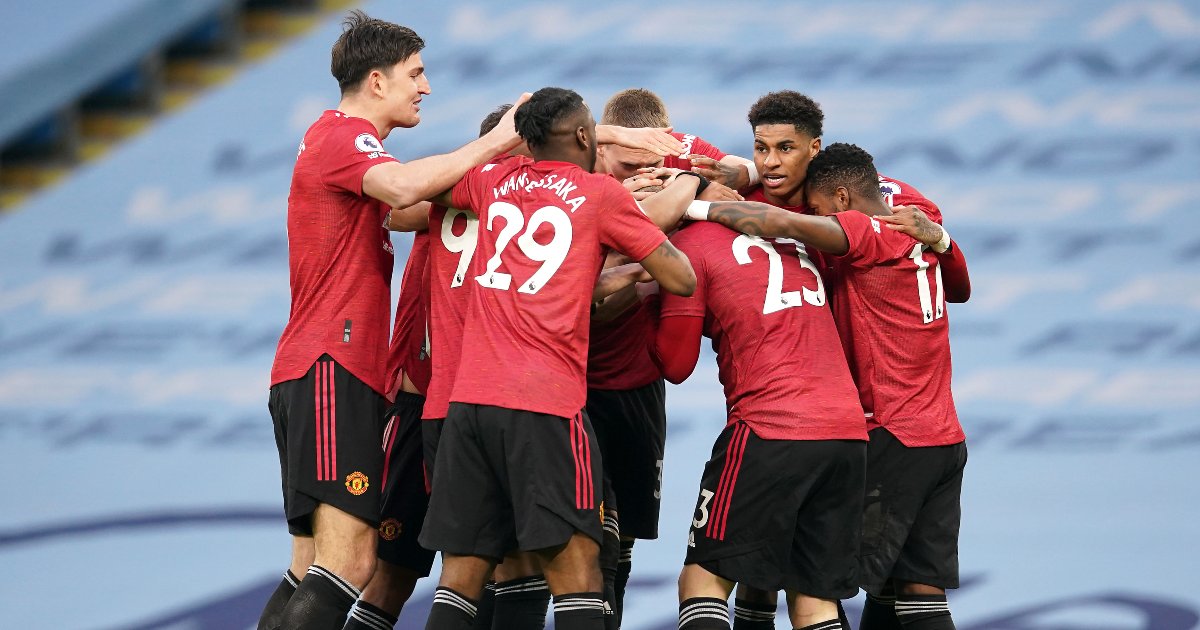 Well, that positive result for Manchester United was a relief, wasn’t it? I think many of us were bored of Manchester City winning every game; 21 on the spin is just too dominant for too long. The Premier League itself must be relieved too. The ‘anyone can beat anyone in this league, Jeff’ propagandists have long been contradicted by the statistics and while they may try and use this weird outlier season to revive the lie, the fact that the richest club which has spent the most money keeps being so far ahead of the rest (even after this loss, they will win a third title in four years, probably with well over 90 points) is bad for business. Bad for the brand, bad for the Premier League, bad for BT Sport and Sky. Bad for football.

The fact that moneybags United were seen as a substantial underdog and their win was treated like a lower-league side beating a Premier League team rather than a rival overturning an equal, tells us much about City’s absolute dominance on the pitch and at the accountants.

We can see this from the reaction to City’s procession to the title in the wider football community, whose response has largely been one big collective yawn. It is very boring when any side wins almost every game. And the last thing the league wants is for us to be bored by its best team, because bored people turn off and turning off is one step away from unsubscribing and unsubscribing means smaller audiences, reduced rights fees and the end of their world as they know it.

When any side is so much better than the rest, the fun eventually evaporates with the lack of competition. It is often forgotten that in 2021, even when there’s not a pandemic ensuring the entire audience is only watching on TV, a sizable portion is largely neutral for every game and just wants to see a match where the result isn’t a forgone conclusion. They are more likely to turn off when that’s not the case.

Football’s great selling point is jeopardy and City games all too usually massively lack it and have done so for three out of the last four seasons. Even last season in losing nine times and earning just 81 points, they still won 26 games, drawing just three. They still scored the most goals (102) and finished second, 15 points above third-placed United with a goal difference of +67. So even in losing the title, they were dominant. And it took two incredible seasons by Liverpool to briefly challenge them. But now, while Liverpool collapse to a shell of their former selves, exhausted from that challenge, City steam on unaffected, pulling away even from other hugely rich clubs.

It isn’t just that they win most games. That’s one thing. But it’s that they usually win them very easily. It’s not just the high-scoring games either, it’s the cruising to a single-goal wins too. In other words, it’s not just about the results, it’s about the performance. We can admire how great they are for a while, sure. But football is more than that. A Harlem Globetrotter side is of no use in a competitive league. Our Mailbox reflected how tedious it had already become after their last win. This is not anti-City per se, its anti-domination and the feeling would be the same for any team that so dominated and was pulling away markedly, not just in points and titles but in how they play.

That sinking feeling as they score the first goal is a major turn-off, maybe especially those already inclined to think badly of the club because of the nature of its owners. It might be an over-simplistic view, but it feels unfair, as though the dice have been so loaded in City’s favour that of course they’re going to win. When you have the best of everything, how can you lose? That’s the feeling. It’s not healthy. There are arguments against this of course and I know the more feverish City supporters simply don’t give a flying feck, but they are just a minority percentage of the audience, as far as the league is concerned. That overriding feeling of crushing dominance remains, even after the loss to United. Yes they’re a great side, and yes we can all see why, but while history is written by the winners, life is lived by everyone else and the rest of us have little interest in seeing flawless football, so robotically good that it seems almost pre-programmed into a machine. We want competition not exhibition.

The question has to be asked: if we are pretty sure who is going to win a league before it starts and are even more sure who the top two or three will be, what on earth are we even bothering to play the game for?

Even accepting that all sports throw up individuals and occasionally teams that are way ahead of everyone else, or a season with unique circumstances which produces an unusual result such as Leicester City’s win, what is worrying – though not yet not absolutely proven – is that Manchester City’s dominance may now be becoming institutional; the result of unparalleled and ongoing spending and investment. The worry is this is not a phase, this is the future.

Without a meaningful cap on wages, spending and transfer fees – something which goes against everything the league stands for politically and financially – or without the collapse of the league’s finances through substantial viewer loss, it will always be like this.

We can break the financial model by viewer abstention, but if we are not able to face doing that, let’s hope for a European Super League as soon as possible to remove the richest and leave a proper competitive league behind, complete with financial restraints in place to neuter wealth and prevent money being leveraged to gain success. If, as Sunday rather proved, only a slim few massively monied elite clubs can hope to compete with City, what’s in it for everyone else? The answer is nothing.