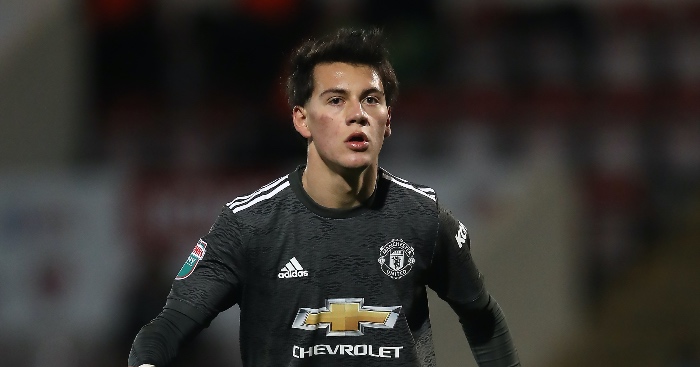 Man Utd winger Facundo Pellistri will complete a loan move to Alaves in the coming days, according to reports.

The 19-year-old moved to Old Trafford in October from Uruguayan side Penarol.

He is yet to make his first team debut and looks set to continue his development elsewhere.

According to 90Min, Pellistri will fly out to Spain before the transfer deadline on Monday to complete the move.

He will join Alaves until the end of the season.

The winger was thought to be in line for his debut in December after impressing boss Ole Gunnar Solskjaer in training.

But the Red Devils have held him back from the first team to keep him out of the spotlight.

He was an unused substitute in the Champions League fixtures against Paris Saint-Germain and Istanbul Basaksehir.

Since then, Pellistri has spent most of his time playing with the reserves.

He’s scored two goals and assisted one more in the Premier League 2 competition.

The player is seen as an exciting prospect for the future alongside fellow new signing Amad Diallo.

Diallo joined from Italian side Atalanta earlier this month after plenty of speculation about his future.

It looks like the duo will have to be patient for their chance to impress in the Premier League.

Pellistri should have an interesting time in Spain. Alaves sit 18th in La Liga after 20 matches and have lost their last five.

The Uruguayan will be expected to bring creativity and pace to their attack.

He tends to play as a right winger, but can also operate on the left or as a forward.

Pellistri could give Alaves the inspiration they need to get them out of the relegation zone.

United will hope to see an improved player return at the end of the season.