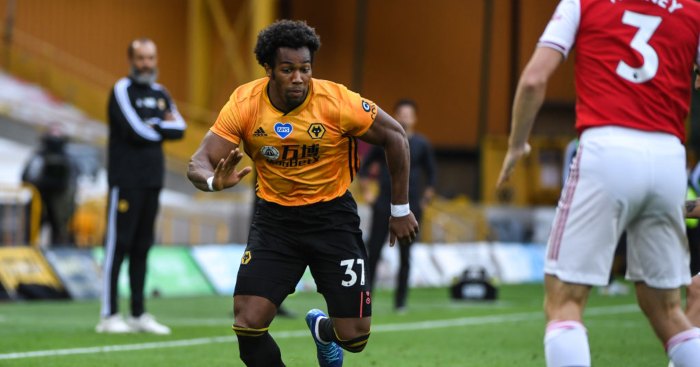 Traore has developed into one of the most dangerous attackers in the Premier League. Not only fleet footed, Traore is extremely tough to knock off the ball.

The Spaniard has taken his game to another level this season scoring six times and weighing in with 12 assists, which has seen Liverpool credited with interest.

FEATURE: As football fans, we all need to examine our racial bias

Numerous sources have claimed Jurgen Klopp is very much keen on a deal for the former Barcelona man with Liverpool apparently making an offer a couple of weeks ago.

And now Castles reckons Man Utd are now in for Traore too as they struggle to get a deal for Borussia Dortmund winger Jadon Sancho over the line but he has warned that they could face issues over agreeing a fee with Wolves.

Speaking on Reach PLC’s Transfer Window podcast, Castles said: “When you have Man Utd briefing that they are not prepared to pay anything like the fee that Dortmund have made clear they want, that would suggest actually it’s going to get thrown out rather than resolved.

“It’s definitely the priority position for United, Sancho is their preferred target for that role.

“But they are discussing other individuals. Jack Grealish is a possibility to come in.

“There is an interest in Adama Traore but I do not see them going to the levels that Wolves are asking, for that player, it’s a similar level to what Dortmund are asking.”