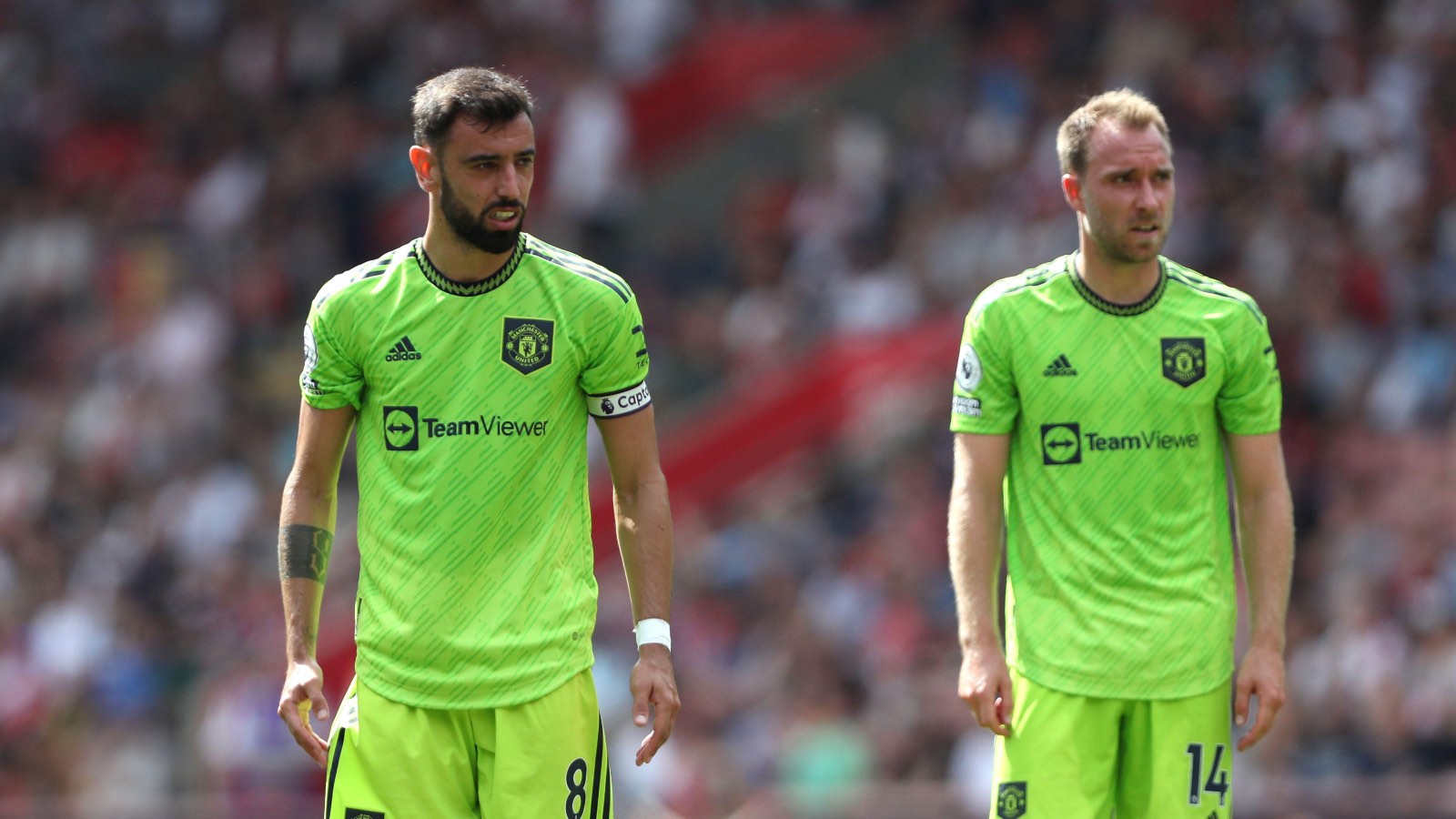 Danny Murphy believes Manhester United won’t win anything if they play both Bruno Fernandes and Christian Eriksen in midfield.

The pair combined superbly in the 3-1 win over Arsenal at Old Trafford on Sunday, with Eriksen passing through the lines to Bruno from a deeper role for United’s two opening goals of the game.

MAILBOX: Will Paul Pogba be regretting leaving Manchester United now they have a proper coach?

For many their display put to rest the assertion that they could not function in the same team, but Murphy – who questioned United’s signing of Eriksen for that reason in July – is sticking by his guns.

He told talkSPORT: “I think he’s proven me wrong with his contribution from a deeper area. He’s a wonderful passer of the ball, I’ve never disliked Eriksen and I’ve never, ever said that.

Spotting the hole in his own argument, Murphy explained why it’s different for Manchester City, who play with just one defensive midfielder and win title after title.

Murphy added: “You can talk about City when they’ve had the likes of Bernardo Silva and De Bruyne, but their work ethic and the defensive part of their game is better than the two I’ve just mentioned. They’ve probably got one of the best holding midfield players in Europe [Rodri], which now United could argue they have [Casemiro].

“McTominay has been terrific in the last few games. Eriksen isn’t doing anything I didn’t think he could do.

“He sees all the pictures, he’s got two great feet, he can pass from anywhere. I am still convinced that if Eriksen and Fernandes play in the same team consistently against the top opposition, they’ll struggle to win anything.”

Erik ten Hag could shuffle his pack as United welcome Real Sociedad to Old Trafford for their Europa League clash on Thursday, but Eriksen and Bruno will likely be back to team up for their trip to Crystal Palace on Sunday, as they look to make it five wins on the bounce in the Premier League.