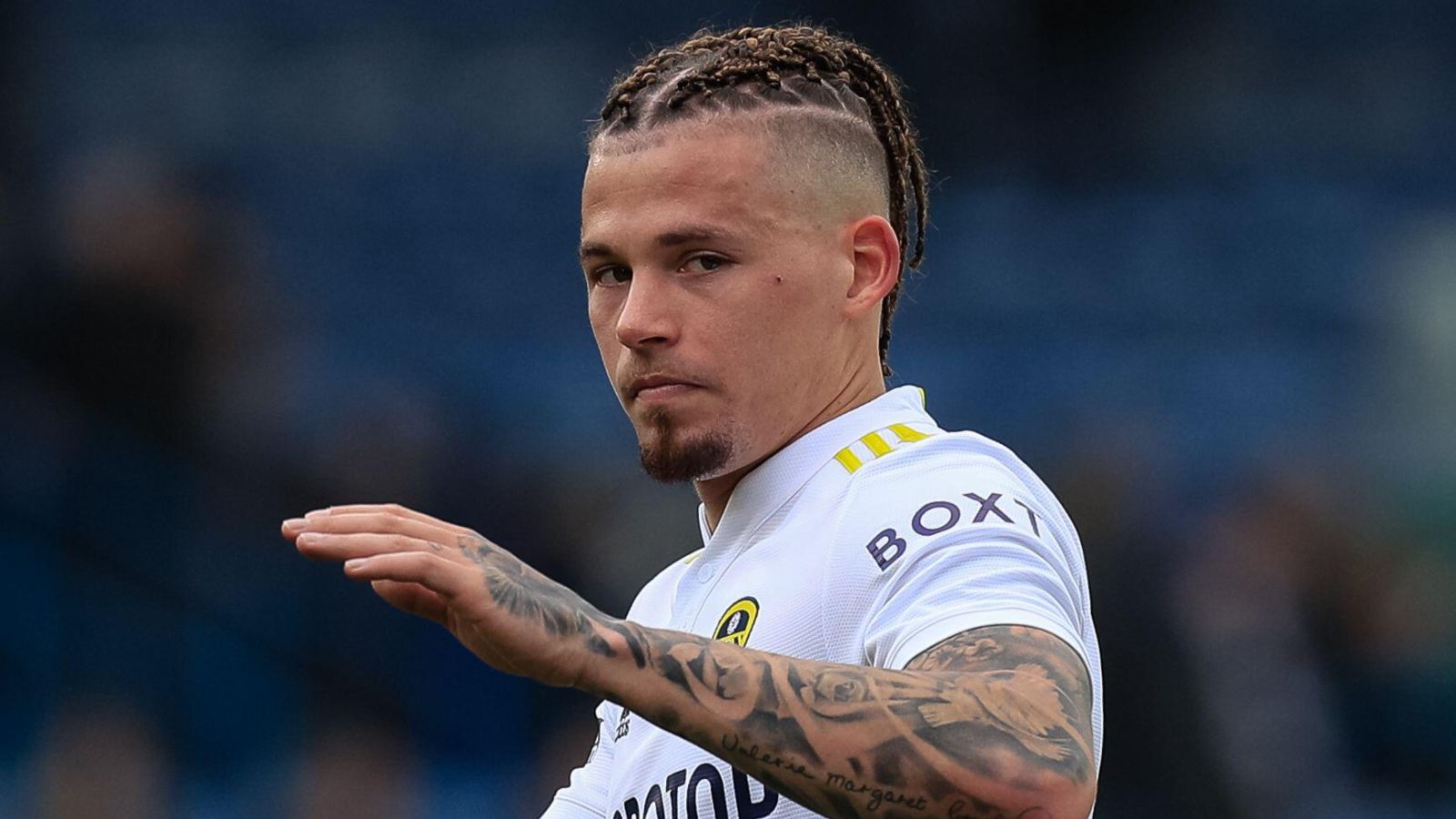 Man Utd want to sign Leeds midfielder Kalvin Phillips this summer and are putting together a deal for him, according to reports.

Numerous clubs have reportedly taken an interest in Phillips in recent seasons following his brilliant form for Leeds since they’ve reached the Premier League.

He was brilliant in the Championship too but interest from Arsenal, Man Utd, Man City, Liverpool, Tottenham and Aston Villa has built more momentum over the last couple of seasons.

And it now looks likely that some bigger clubs will be attempting to buy him this summer with the Manchester Evening News claiming that Man Utd are ‘working on a deal to sign’ the England international.

Phillips was one of the Three Lions’ best performers as they reached final of Euro 2020 last summer and, despite suffering from injury in recent months, the Red Devils remain interested.

Man Utd have ‘prioritised a defensive midfielder in the summer market’ with West Ham’s Declan Rice and Borussia Dortmund’s Jude Bellingham of interest.

However, with clubs reportedly being quoted £150m for Rice and Dortmund insistent on keeping Bellingham for at least another year, Man Utd are now ‘advancing on an intended deal to sign Phillips’.

It is understood that the potential purchase of Phillips is also ‘aligned with interim United manager Ralf Rangnick’s preference for targeting hungry players seeking a progressive career move’.

Meanwhile, former Arsenal stiker Ian Wright is convinced that Phillips will want to leave Leeds in the near future to try and win as many trophies as possible.

“A lot of big teams need a player in that position,”  Wright said on The Kelly & Wrighty Show. “He’s a sought-after player.

“Phillips doesn’t strike me as a player who wants to play for Leeds. He wants to win things.

“Leeds need to start putting things in place where they’re challenging for Europe for the likes of him and Raphinha to stay but I think Raphinha will leave [this summer].”

Phillips appeared for the first time in four months at the weekend in a 1-1 draw against Southampton at Elland Road.