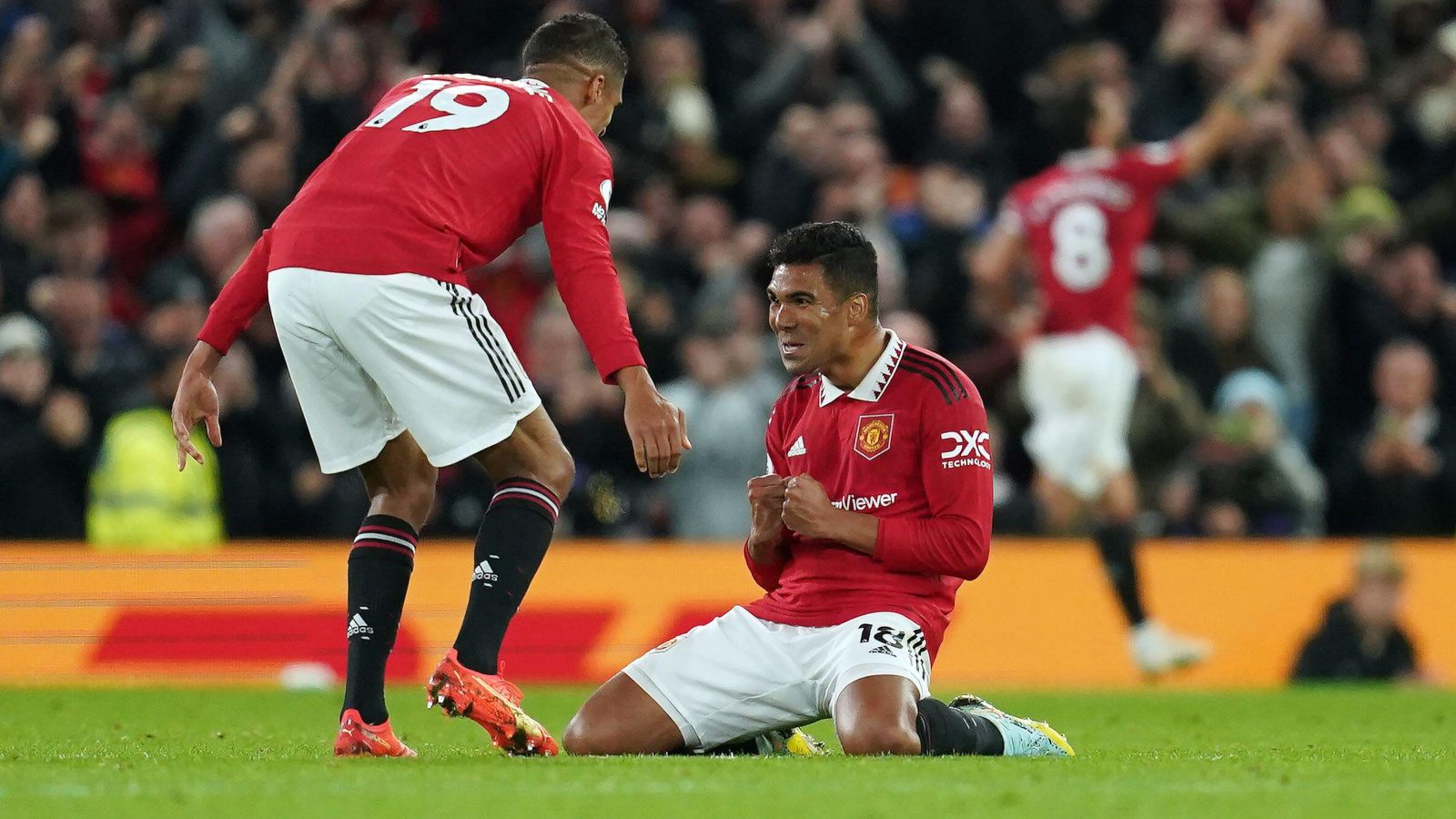 Former Man Utd striker Dwight Yorke has hailed the influence Casemiro has had on Erik ten Hag’s side in recent weeks.

The 30-year-old swapped European champions Real Madrid for the Red Devils in the summer with the Brazilian looking for a new challenge.

Casemiro, who has won the Champions League five times, cost Man Utd £70m with many former players and pundits raising their eyebrows at the fee for a player on the wrong side of 30.

The Brazilian had to be patient early on this season as his first four Premier League appearances were off the substitutes’ bench.

However, Ten Hag has started him in their last four Premier League matches with the new Man Utd midfielder gradually showing how valuable he’s going to be this season.

“Sometimes these understated players don’t get the recognition, but he gives the players with the X factor the opportunity to shine because he is so disciplined and selfless as a player.

“He was the cornerstone of a dominant Real Madrid team for the last five seasons, and you don’t play in that team if you don’t have ability.

“The more you see him play, the more you understand why he has been brought into the team.

“He gives the team balance with the role that he plays. He knows his strengths, what his weaknesses are, and you stick to those.

“He keeps it simple. He does his job extremely well and he’s a calming influence.”

Casemiro’s compatriot Antony has revealed that his Man Utd team-mates view the midfielder as their “guard dog in the middle”.

“I always say he is our guard dog in the middle,” Antony said. “He is a no-nonsense guy, a more serious type.

“I think he will leave these goal celebrations to us attacking players.”

Reacting to Casemiro’s goal to equalise in their 1-1 draw at Chelsea on Saturday, Man Utd boss Ten Hag said: “That is why we brought him in, we know he’s capable of doing that.

“He proved it in Spain, in the Champions League, at the highest level. So he could also do it in the Premier League.

“He needed a short period to adapt to that, and now from game to game you see him growing, and how important he is for our game.

“He offers composure, organisation; and also when he scores a goal as well, then you bring a lot to a team.”

READ MORE: Why are Manchester United measuring themselves in names like Ronaldo and Casemiro?