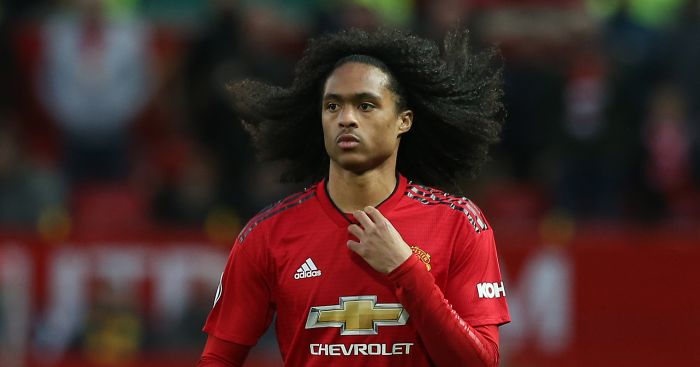 Man Utd youngster Tahith Chong has joined Werder Bremen on loan, according to the club.

Chong has joined Bremen on a season-long deal for the duration of the 2020/21 campaign.

The 20-year-old is seen as a promising young player at Old Trafford so the club will monitor his progress while he’s in Germany.

FEATURE: Every £20m+ signing ever made by a Premier League club

The Dutchman can play on either wing and will bolster Bremen’s attacking options. He’s chosen the number 22 for the forthcoming season.

The player has struggled to break into the first team due to the form of players including Marcus Rashford, Mason Greenwood and Anthony Martial.

Chong isn’t the only youngster to depart the club this summer.

Attacking midfielder Angel Gomes joined Lille from Man Utd earlier this month after failing to break into the first team. He’s since signed on loan for Portuguese club Boavista in the hopes of kickstarting his professional career.

Chong has played five times for the United first team and has represented the Netherlands at youth level from U15s to U21s.

He will be aiming to get some more games under his belt while in Germany to impress current United manager Ole Gunnar Solskjaer.

However, Chong has joined Bremen at a relatively uncertain time for the side. They finished 16th in the Bundesliga last term, narrowly avoiding relegation to the second tier by beating Heidenheim on away goals.

Last season was far different to their normal standards. The club tends to aim for European qualification, behind the likes of Bayern Munich and Borussia Dortmund.

Germany is a promising place for young players at the moment, especially those who sign from England.

Jadon Sancho has excelled during his time at Dortmund and is now among the most valuable players in the world.