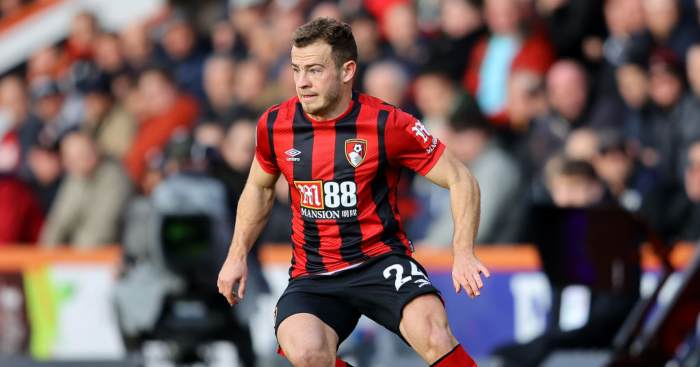 Manchester United made an enquiry for Bournemouth winger Ryan Fraser in the January transfer window, according to reports.

Liverpool have been the main club linked with a move for Fraser with claims they were close to an agreement in November, which were dismissed by the Reds soon after.

And now the Daily Record claims that Man Utd were ‘one of several in the division exploring the possibility of signing’ Fraser in January with Bournemouth prepared to accept a bid of around £15m for the Scot.

Fraser bagged seven goals and provided 14 assists for his team-mates in the Premier League last term but this season has been a different story as he’s only managed to be directly involved in four Bournemouth goals.

The report adds that Jim Solbakken, a Norwegian agent, was in charge of Man Utd’s enquiry over Fraser with the Cherries ‘open to selling’ Fraser – but they ended up rejecting United’s advances.

And Scottish Premiership side Aberdeen are now set to lose out on a £3m windfall as they had a 20 per cent cut of any future fee paid for Fraser’s services.