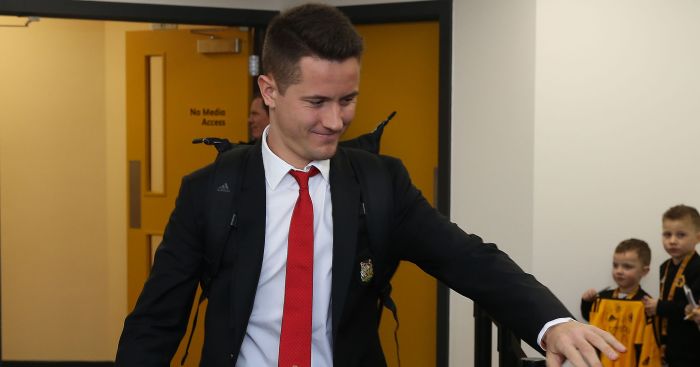 Ander Herrera is ‘seriously considering’ rejecting Manchester United to sign a three-year deal with Paris Saint-Germain, according to reports.

The Spaniard is understood to be in talks over a new contract with United, who are desperate to keep him at the club, with his deal running out at the end of the season.

On Wednesday, ESPN claimed that United were ‘facing a race against time’ to tie Herrera down to a new deal with several clubs sniffing around.

Arsenal, Juventus, Inter Milan and Barcelona were all credited with interest but it now seems PSG are in the hotseat to land the 29-year-old.

Herrera, who moved to United in the summer of 2014 from Athletic Bilbao in a deal worth £29million, has emerged as a key target for PSG as they look to replace wantaway midfielder Adrien Rabiot.

And now ESPN says ‘different sources’ claim that Herrera ‘could turn down the proposal’ on the table from the Red Devils to pen a lucrative three-year offer from PSG.