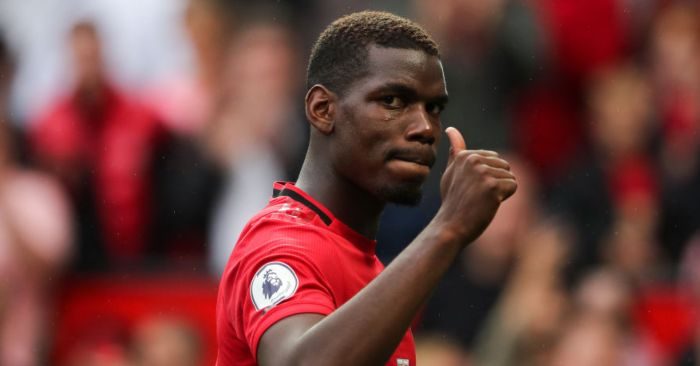 Former Manchester United player Paul Parker thinks Paul Pogba is “damned if does and damned if he doesn’t” at the club after Monday’s penalty incident.

United continued their solid start to the Premier League season with a draw at Wolves, having beaten Chelsea in their first game.

Marcus Rashford converted a penalty in that victory at Old Trafford, but watched on as an underwhelming Pogba both took and missed a spot-kick on Monday.

“Pogba has taken penalties previously, maybe the highlight of his game was that run into the box and he felt it was upon himself to take that penalty against Wolves,” Parker told Eurosport.

“Marcus Rashford, as a Mancunian, a Manchester United fan and someone with respect for Pogba, turned around and said, ‘okay’.

“Pogba misses the penalty, fails to score and gets ridiculed for it. If he scores the goal, and Manchester United win the game 2-1, Pogba’s a hero. But that’s the situation Pogba’s in – he’s damned if does and damned if he doesn’t.

“Maybe Rashford didn’t want to make a big scene because of his respect for Manchester United like last season with Fulham where Kamara had a big bust up with Mitrovic.

“Did he tell Pogba that he wanted to take it? No he didn’t. If he had, maybe Pogba would have listened to him.

“Ole Solskjaer can only do so much before a game and at half-time, then have a word after.

“If Pogba had scored that goal, nobody would be concerned about what Solskjaer had to say about it – the ball would be in the back of the net and Manchester United would win that game.”