Home F365 Says When a manager loses his mojo, it’s all over…

Talismanic managers are in short supply. And when the mojo goes, it's usually gone forever.. 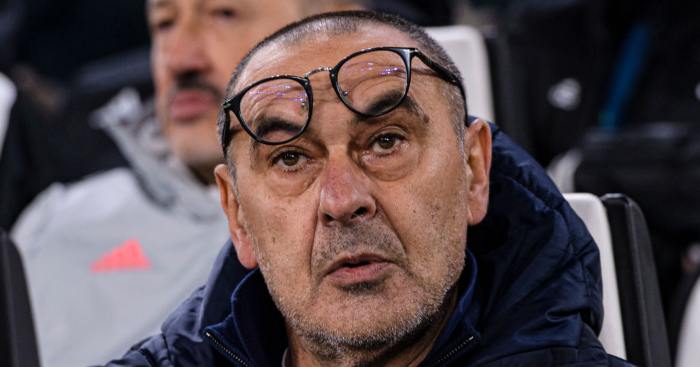 ‘Mourinho has lost his mojo for some time,’ stated the French publication with some justification.

‘He has been weakened by the damaging atmosphere of his reigns at Real Madrid, Chelsea and Manchester United.’ Hmmmm. Yes. We can see where this is going.

‘Here he is at Tottenham, staying true to himself – still as efficient in the negotiations, still brilliant in press conference, still boring in the game, but seemingly a million miles from his former glory.’ Heck.

‘Here he is at Tottenham’? Bit dismissive, that. Not sure if ‘still brilliant in press conferences’ is correct in its original assumption. Has the Portuguese been getting Oscar nominations for his socially distant thoughts?

In any case, his best BAFTA moment was the ‘eritage’ presser when United got stuffed by Sevilla:

Managers and mojos are not entirely ranked by emojis these days. Look at Zidane’s never-changing face. You wouldn’t know if he was winning or losing; perhaps that’s the best way.

In football management, events can leave you behind very quickly. Talismanic managers are in short supply. Just look at Maurizio Sarri. His Europa League win after Chelsea thrashed Arsenal in outer space (or Baku) was met with general apathy. He was perhaps a compliant keeper away from winning the Carabao Cup. Now he is a Serie A winner in his first (and only) season at Juventus. None of these achievements have raised a pulse rate. Nobody really misses the fella. See Grant, Avram.

Even captain Giorgio Chiellini called Sarri “closed-off”, suggesting that he would need to take a shower after speaking with the boss, such was the stench of smoke. No stardust, you see. Just ash.

His predecessor at Stamford Bridge, Antonio Conte, was a little more joyful. For a bit. “When someone reminds me that I won so much, I always replay I’ve lost so much,” Conte once said. The Italian was bearing his cross as a player into management. One felt that this sadness might take over at any moment even after the elation of the Premier League win in 2017.

Initially, the Italian engendered a unity among staff and players with a personal touch that brought some sunshine after the dark winter of Mourinho. Cakes were offered to journalists. Jokes were cracked. The team “ate grass” and totally bought in to his hard work ethic. Then he cracked.

A ‘you are not in my plan’ text to bad ass Diego Costa did not go down well with the players, while Conte’s unshaven appearance and sullen mood appeared to reflect the internal mood. There were even unwinnable cat-fights with his nemesis Jose. When asked what his relationship was with the boss, Willian replied: “Boy, do you really want me to tell you?” Well, let’s save it for our next interview.”

Managers cannot hide behind a screen or a sponsor or a soundbite; you can see exactly when they are struggling. Fresh-faced Eddie Howe became tormented. “It’s consuming me,” he said in the wake of Bournemouth’s relegation struggle.

There is something about management that eats away at the soul. Mauricio Pochettino embraced his ‘to infinity and beyond’ frivolity before the 2019 Champions League final. Then his Buzz Lightyear crashed from the sky after that 2-0 loss to Liverpool in Madrid 14 months ago.

The Argentinian became a tortured soul. “I took a train from Madrid to Barcelona the day after,” Pochettino said. “I spent 10 days in my home and didn’t want to go out. Yes, it was tough because you nearly touched the glory.”

Those losses cannot be removed. They hang on you. You could taste and feel it when Pochettino stood bleary-eyed during the first dozen games of the 2019-20 season. He was there but he wasn’t the motivator. He was the drifter. Glazed almost.

Look at Jurgen Klopp, his opponent on that fateful day in June. Klopp’s career would have been permanently blood-splattered as a bridesmaid if the tables had been turned. “If Jurgen doesn’t win you know, to lose three Champions League finals, it has to be really, really hard,” ventured Mourinho.

Even Klopp has had his lowest of points. When Dortmund lay bottom of the league in February 2015 and finished a huge 37 points off Bayern. Klopp told a news conference: “I always said in that moment where I believe I am not the perfect coach anymore for this extraordinary club I will say so.” That time always comes. Klopp knew.

Steven Gerrard was so intoxicated with Brendan Rodgers during that 2013/14 near miss that the Liverpool skipper waxed lyrical about beaming Bren: “I have been absolutely blown away by his sessions, his tactics and his maturity in the job and I am learning off him every single day.”

Within six months, Rodgers could barely lay a glove on the top ten. The pressure began to affect his judgement so much so that he put a B team out against Real Madrid. At one point, Rodgers looked shocked to even be in the company of Carlo Ancelotti.

When the Northern Irishman finished his last press conference as Liverpool manager after a colourless 1-1 draw with Everton, the BBC’s Phil McNulty wrote: ‘It was almost as if he was on autopilot.’

Some relationships have a certain shelf life. When they crash, they implode. Better to leave them wanting more rather than the awful stench of indifference.