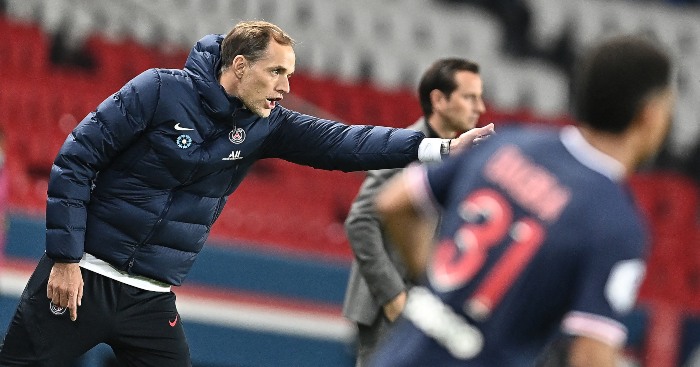 Frank Lampard has lost his job as Chelsea manager. There are options across Europe who are out of work. Thomas Tuchel seems to fit Chelsea’s criteria anyway.

That is the astonishing Monaco XI that beat Manchester City to advance to the quarter-finals of the Champions League. Add Joao Moutinho, Radamel Falcao and Kamil Glik and you have the core of a brilliant young side that won Ligue Un and has since been asset-stripped to leave only two of that collection of players still at the club. It’s little wonder that Leonardo Jardim – who led that exhilarating side to glory – struggled when he returned to try and clear up the mess left by Thierry Henry last season. Never, ever go back.

6) Luciano Spalletti
Explosive and incendiary, Spalletti creates football teams in his own fiery image, which makes him and his football intriguing to watch. There has been some truly fantastic football played by Roma, Zenit and Inter Milan under his watch, but he will fall out with players, the media and management as he runs through the whole gamut of emotions on a weekly or even daily basis. It’s not unusual to see him banging his head on the table during press conferences in frustration.

But the man produces results – Udinese reached the Champions League under Spalletti, who was twice voted Serie A Coach of the Year for leading Roma to back-to-back-to-back second-place finishes. He could yet return there for a third spell.

Fonseca might as well step down. I hope Spalletti, Allegri or Sarri are ready to go.

5) Maurizio Sarri
Seen as an oddball, an outsider and a rigid tactician, there seem to be few who warm to Maurizio Sarri among fans, players or the media. But it’s difficult to argue with his transformation of Napoli into title contenders, his delivery of silverware and Champions League football at Chelsea and his Serie A title at Juventus.

There will always be those who argue that just about anybody could win the title with Juventus, though that theory is being tested by Andrea Pirlo, appointed as the romantic choice after a year under Sarri when almost nobody felt the love. Ronaldo did not like being given instructions by a socially awkward former banker, while other players complained that he was unapproachable. And the suspicion persists in Italy that Juventus won the title in spite of Sarri rather than because of him.

It all seems massively unfair as nobody accidentally manages two of the biggest clubs in Europe to silverware.

4) Ernesto Valverde
It’s a thankless task being a Barcelona manager. Triumph and everyone nods and says ‘well, when you have Lionel Messi’. Fail and everyone shakes their heads and says ‘well, you have Lionel Messi…’. Valverde’s blood was drawn by both sides of that particular sword, with long unbeaten runs and back-to-back titles being attributed to the Argentine, but costly Champions League defeat to Liverpool being put down to the manager, who was eventually sacked in January.

There is much to suggest that Valverde deserves rather more respect than he is afforded – he took Athletic Bilbao back into the Champions League and even won their first silverware in over 40 years. A trophy-laden spell in Greece suggests he could thrive outside of Spain, perhaps at a club where you get power over your own signings…

Ernesto Valverde will forever be the coach who gave a 16-year-old Ansu Fati his chance. pic.twitter.com/dywjrAN1NC

3) Arsene Wenger
Only as low as third on this list because it feels like an awful long time since he was a manager (it’s actually only two years) and the suspicion persists that at 70, he is too old to learn any new tricks at all. For a time, he was an extraordinary coach and he really did not deserve the opprobrium and mockery that came his way in later years, particularly from Arsenal fans who will surely see with hindsight that they were incredibly lucky to have their recent history intertwined with his.

2) Thomas Tuchel
Replaced at PSG by the man who was second on this list in September, Tuchel is said to be very, very interested in the Chelsea job, possibly because his mantra of “I only want to be a coach” would perfectly suit a club where he will not be able to make any other decisions. Tactically, he is excellent, but there are persistent doubts about his ability to say the right things to the media, executives and sometimes to footballers. But after the diplomacy of Lampard, that might actually suit a club that needs a collective kick up the arse.

He can certainly speak German and has experience of winning trophies, both with Borussia Dortmund and PSG. That he led the French club to the Champions League final only a few months ago should be reason enough to employ him sooner rather than later.

Tuchel’s name is being linked heavily with Chelsea now. A manager who is excellent with young talents, very adaptable and a proven winner?

If Frank goes, he is the guy I want..

1) Massimiliano Allegri
You will rarely see anybody wax lyrical about the style of Allegri’s sides, but the man knows how to win Serie A titles, coaching defenders to organise and defend, midfielders to be disciplined and forwards to exploit the weaknesses of the opposition. If it sounds a little Mourinho then that’s probably why Allegri has been out of work for over 12 months.

But six Serie A titles in a decade – one of them with Milan, who have since turned into a basket case of a club – is an extraordinary record so it is even more extraordinary that he remains out of work, with clubs across Europe presumably unsure whether his style would translate outside of Italy. It’s telling that Inter Milan showed the strongest interest in him this summer, though it’s worth noting that Chelsea do love to appoint (and then sack) an Italian manager.