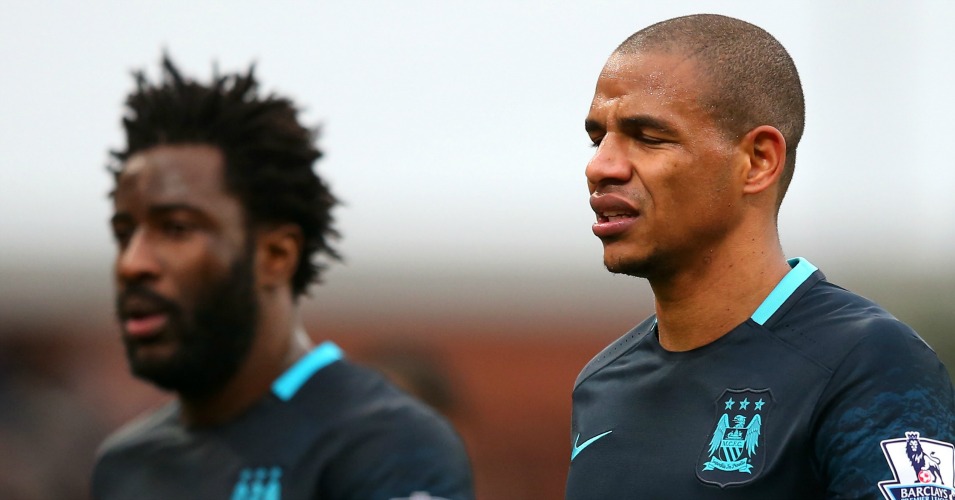 When the half-time whistle sounds and you have outscored Premier League leaders Manchester City 2-0, outdribbled them 20-4 and outplayed them by roughly a zillion per cent, you have the right to swearily celebrate. This was Stoke but not as we know them: Fluid, creative, sensational. Unfortunately for City fans, this clusterf*** of a City side has become all-too familiar. At any given moment, City are closer to an omnishambles than any other potentially great club side.

Won five straight Premier League games without conceding a single goal? Then clearly what’s coming next is home defeat to West Ham and a 4-1 dismantling at the hands of Tottenham.

Recover to go on a nine-match unbeaten run in all competitions? Then clearly what’s just around the corner is an embarrassing 4-1 capitulation at the hands of Liverpool.

Recover again to score seven goals in a week? Then clearly what was always coming next was destruction at the phenomenal feet and finishing of Xherdan Shaqiri and Marko Arnautovic.

There is no sugarcoating this: City were utterly sodding awful at the Britannia Stadium. From a collective defensive brainfade for Arnautovic’s first, to Fernando’s cack-footed attempts at shackling Shaqiri for both goals, to David Silva’s bizarrely poor touch, to Raheem Sterling’s dodgy decision-making, to Wilfried Bony’s errant first touch, this was awful. And yet nobody should have been surprised. This City side is equally as capable of destroying the opposition as being destroyed. More fragile than the cheapest chocolate Santa, City’s invertebrates were shredded by a Stoke side who were everything Manuel Pellegrini wants City to be: Incisive, entertaining and full of attacking verve.

We lauded Liverpool for their ruination of Manchester City with a strikerless formation full of energy and movement. The worrying thing for City is that Stoke were allowed to copy that blueprint without ever looking remotely in danger from over £150m of City attacking talent, who collectively had the offest of off-days.

“You look for flaws and you look for weaknesses you can exploit,” said Stoke manager Mark Hughes after the match. It must have been one of the easiest investigations of his 16-year managerial career.