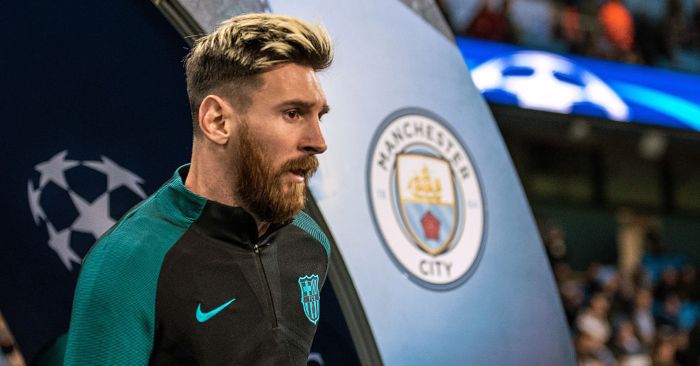 The last couple of weeks have seen fairness within football called into question. While Manchester City being banned from the Champions League for two years and fined £30million by UEFA after a charge of breaching Financial Fair Play rules may seem the right and proper action to take, the morality of the situation is arguably more convoluted. Far more straightforward, though, is the understanding of Barcelona being allowed to snare Leganes’ key attacking threat, Martin Braithwaite, outside of the transfer window due to Ousmane Dembele and Luis Suarez missing the rest of the season through injury. It has left his former club, currently second bottom of La Liga, unable to replace him and staring relegation in the face.

Perhaps it is rather confusing to some that Barcelona are coming out of these two incidents looking worse in some ways, despite not being the team accused of regulation breaches. They were allowed to bring Braithwaite in by the authorities, so their actions aren’t dubious from a legal standpoint at least. But rules and laws don’t always stand for what is right, and the situation Leganes have been put in through no fault of their own feels wrong.

In Spain, buyout clauses in contracts are mandatory; they are usually there to protect the club rather than the player. But it means that, should someone come along with the money, teams are effectively powerless to do anything. The likes of Barcelona and Real Madrid will price these clauses above anything like regular value, giving them the power, but Leganes were vulnerable from the moment permission for this controversial signing was given.

Braithwaite’s clause was valued at just €20million, and after a move for Real Sociedad’s Willian Jose failed due to his fee, the Blaugrana acted swiftly to find a cost-effective deal which wouldn’t cause them too many problems. Leganes saw their own appeal to sign a replacement rejected, and to make it worse for them, the likelihood of the Dane enjoying a long-term future at Camp Nou is slim. Once Suarez and Dembele are fit again, or the Catalans decide to pursue major targets Neymar and Lautaro Martinez next summer, he may well be sold to another side in a similar predicament to what Leganes find themselves in now.

It is the kind of short-term act that only clubs of a certain size can get away with. Braithwaite has scored six times this season and has managed to turn his career around since falling out with Tony Pulis at Middlesbrough; for him, this is a once in a lifetime opportunity.

Whether the rule that allowed them to act is fair or not – and there are some reports emerging that it may change next year – is only half the question. Whether Barcelona were justified is also up for debate. Antoine Griezmann and Lionel Messi have both scored more goals than Braithwaite this season, so would be able to compensate for the major injury losses until the summer. Certainly more so than Leganes, who will be scrambling to find a way forward.

Morals aside, the Spanish champions only have an obligation to themselves. But it would be interesting to see how far Tottenham would get with a similar request, given the fact they could be missing both Harry Kane and Heung-min Son for the remainder of the campaign.

In terms of City, the key difference is that they are in a legal battle. There can be no debating the fact they deserve to be punished if they are found to have cheated, and many neutral and rival supporters will be pleased to see them face consequences for their lavish spending over recent years. The novelty of fifth place in the Premier League becoming key, especially as that could be a potential reward for Sheffield United’s heroics this season, is also enticing. But the reality is that with City’s riches, they will be able to prepare a strong defence to the charges when they appeal to the Court of Arbitration for Sport, and there is a strong chance that the ban could be reduced or even overturned altogether.

A discussion around the aims of FFP is needed, too, because the regulations are not necessarily in line with the reality of what they stand for. It is admirable that UEFA has looked to stifle clubs such as City and Paris Saint-Germain, who have attempted to propel themselves into the elite with external expenditure on a scale few can compete with, but the current way of doing that doesn’t make it a level playing field at all. Instead of offering fairness across the board, only being able to invest what teams earn themselves stacks the odds in favour of the likes of Manchester United, Barcelona and Real Madrid, who have worldwide fanbases and seemingly infinite revenue streams. There is no balance, only opportunity for a handful of teams to take advantage whichever way you look at it.

A new approach is needed, one that doesn’t create a distortion towards either the historic or richest clubs.

As things stand, the rules are in place and they need to be followed. The jury is still out on whether City will be kicked out of Europe, literally. But there have been two very different examples of just why modern football needs to have a soul search when it comes to fairness and morality. Right now, it feels like the elite clubs have an advantage beyond their quality on the pitch, and if that continues, the triumph of an underdog, which make the sport beautiful, will become even more of a rarity.