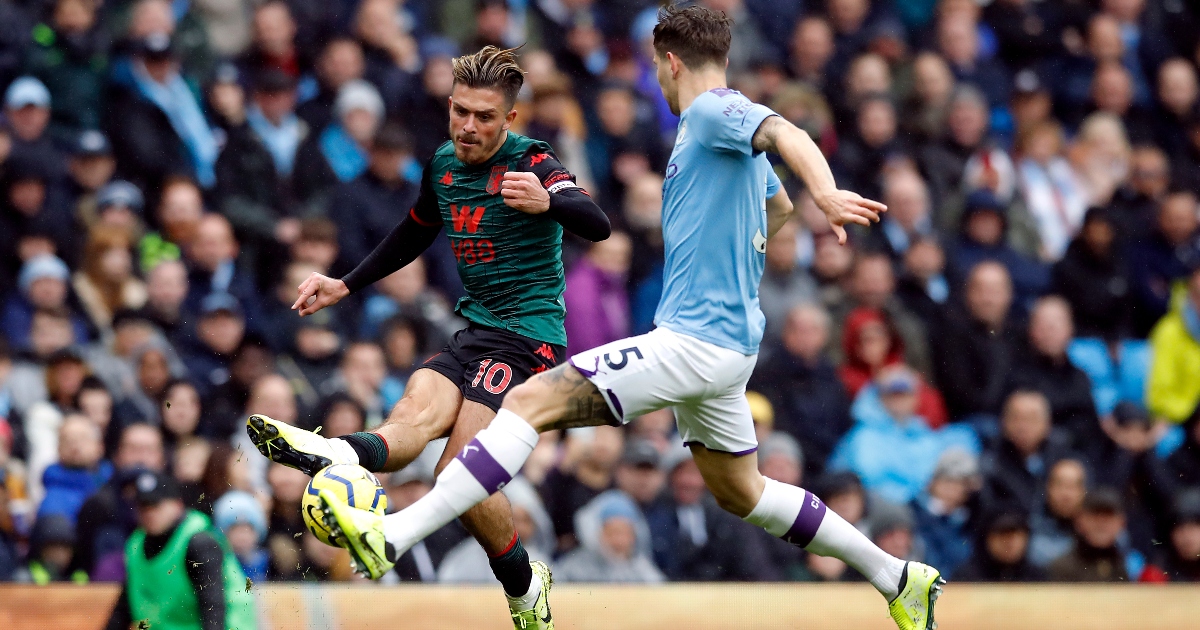 Manchester City are prepared to table a record-breaking bid as they look to sign Jack Grealish from Aston Villa.

That’s according to The Telegraph, who claim City are more encouraged about their prospects of landing Grealish than Harry Kane, with whom negotiations could be fraught with complexity.

Pep Guardiola, the City manager, is a well-known admirer of Grealish, describing him as “incredible” and “a top player” following a clash with Villa last year.

The 25-year-old signed a new, five-year contract last summer but his stock has risen sharply over the course of the past season after a series of stellar displays for club and country.

And it is now thought that City, who have long held an interest in Grealish, are willing to eclipse the £89million Manchester United paid for Paul Pogba as they look to land the England international’s signature.

That will see them break the Premier League transfer record, and in doing so, depart from their usual transfer policy of avoiding paying exorbitant fees for singe players.

Should City pull the move off, Grealish will be guaranteed the chance to fight for major trophies.

However, Cesc Fabregas has warned against such a move for Grealish, citing the increased competition for places and minutes.

He said in his column for The Telegraph: “In the specific case of Grealish, this has been his first big season where everyone outside Aston Villa talks about him.

“I don’t know what his future will be. But there could potentially be a big move for him, so he needs to show he is ready for any situation.

“If he did move to a Manchester City or Manchester United, nobody will guarantee that Jack Grealish will start every single game and these kinds of clubs will be looking to see that he is ready to compete.

“It’s similar for [Jadon] Sancho, even though he was not in the squad for the first game, these players like him and Grealish can have very important tournaments for England, even if it is off the bench to start with.”