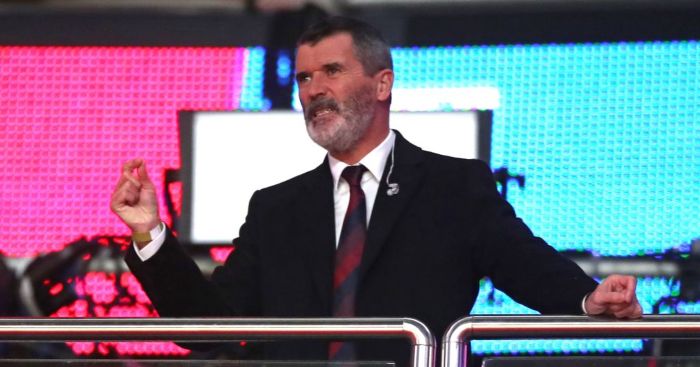 Manchester City have reportedly complained to Sky Sports after Roy Keane heavily criticised Kyle Walker for his performance in their recent 1-1 draw with Liverpool.

The 30-year-old has been in fine form for Pep Guardiola’s men this season, but the full-back did not enjoy his best afternoon in last weekend’s 1-1 draw with Liverpool.

Walker gave away a costly penalty for a foul on Sadio Mane, which led outspoken former Manchester United captain Keane to call the City defender an “idiot” and a “car crash” of a player.

“He’s (Mane) up against an idiot,” Keane said at half time in the match.

“People tell me Kyle Walker is playing well, I don’t think so. He’s 30 years of age, international player. He’s a car crash, he keeps making these types of mistakes and rightly punished for it.”

And now the Daily Mail claims that the Citizens have lodged a complaint with Sky Sports after Keane ‘stepped over the line’.

It was the use of the word “idiot” that has seen City complain as they ‘have no issue with a pundit questioning a player’s actions or decisions on the pitch’.

The report added that ‘Sky declined to comment, but the broadcaster does say its pundits are there to express individual opinions.’