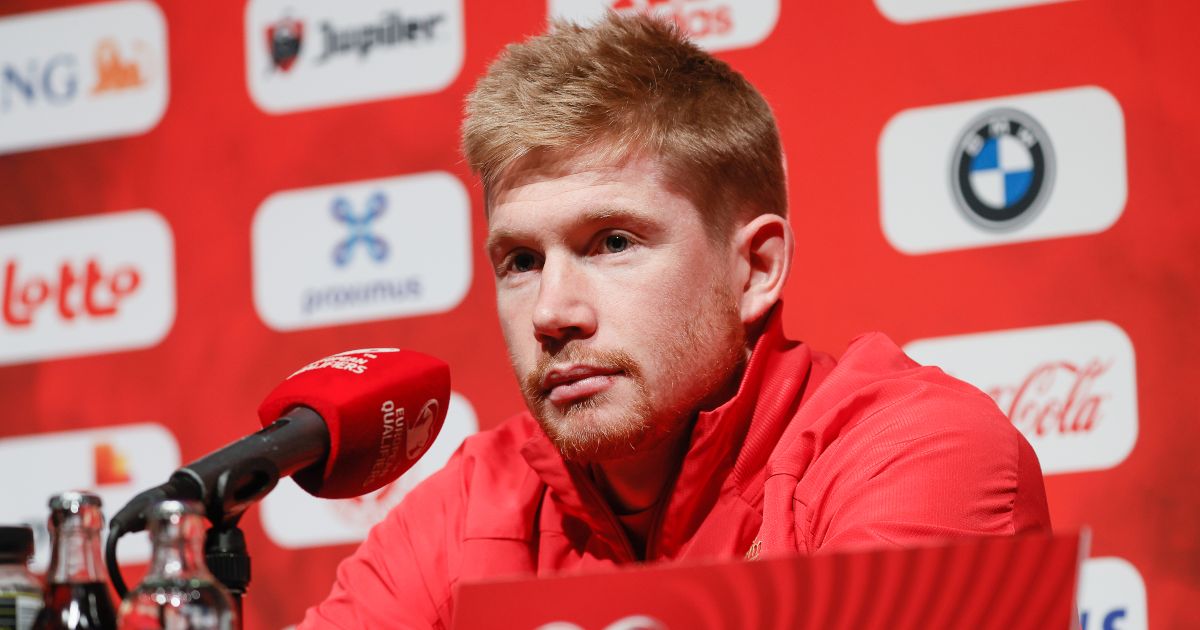 Manchester City midfielder Kevin De Bruyne has thrown his weight behind Arsene Wenger’s proposal to hold the World Cup every two years, claiming it is “not a bad idea”.

The former Arsenal manager, who is now the chief of global football development at FIFA, is leading a consultation on a new international men’s calendar from 2024.

It includes controversial proposals for a major tournament every June and cutting the gap between World Cups from four years to two.

UEFA has repeatedly expressed its opposition to the proposals, with the confederation’s president Aleksander Ceferin even saying European countries could boycott biennial World Cups.

The Premier League came out against the plan on Thursday and there is also opposition from European Leagues and the European Club Association but De Bruyne says it has some merit, as long as players are given a rest at the end of each season.

“At the start of the season, I had a meeting with FIFA and Arsene Wenger to explain to us what they wanted to do,” De Bruyne, who is set to play for Belgium against Estonia in a World Cup qualifier on Saturday, told news agency Belga.

“To do something like that, federations of all countries, UEFA and FIFA have to coordinate. Everyone has to work together.

“I insisted on a second point: I told them that they had to keep a real period of rest for us, the players, at the end of the season.

Premier League clubs dismiss Arsene Wenger’s proposal for a biennial World Cup and plan for block of qualifiers in October. “Clubs raised concerns about the negative impacts that proposals would have on player welfare, fan experience, pre-season and quality of competitions.” Good

“The idea isn’t bad in itself, as long as everyone works together.”

YouGov research commissioned by FIFA and conducted in July found the most popular choice in each age group surveyed was to retain the status quo of World Cups every four years, but that it had the lowest level of support in the 18 to 24 group – 37 per cent compared to 58 per cent in the over-55s.

FIFA Congress voted in favour of conducting a feasibility study to look at biennial men’s and women’s World Cups in May after a proposal from the Saudi Arabian federation.

An online summit is due to take place on December 20 and the world governing body’s president, Gianni Infantino, says he hopes a consensus position can be presented to the associations at that meeting.