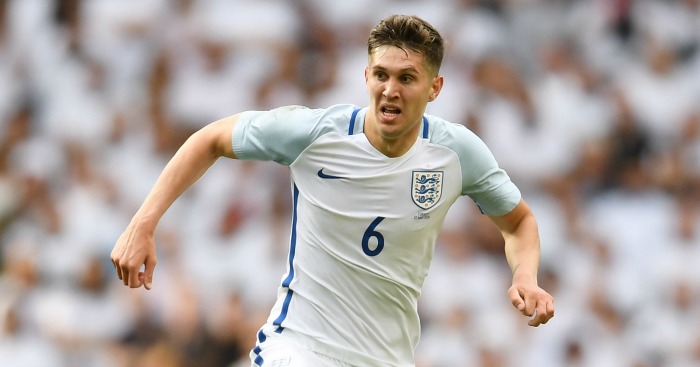 City invested £47.5 million ($62m) in Stones back in 2016, with the Blues buying into his obvious potential, but his progression has stalled.

And Sinclair believes Stones needs to make some big decisions about his future for the good of his career.

The former City and England winger told talkSPORT: “If you look at the competition, it’s one of the strongest areas for England.

“Obviously there’s Harry Maguire, I think Joe Gomez has been superb this season, [Fikayo] Tomori has been great, too.

“For me, Mason Holgate probably goes above Michael Keane – just because of the performances I’ve seen him produce at right-back.

“Then you’ve got James Tarkowski and Chris Smalling ahead of John, too.

“I’d be concerned if I was John Stones because of the lack of football he’s played. He’s made 17 appearances this season.

“Just to put that into perspective, Raheem Sterling – who has probably played in too many games – has made 35 appearances. That’s more than double Stones has featured in.

“The fact that [Aymeric] Laporte hasn’t been available this season and Stones still hasn’t featured much sends alarm bells ringing for me.

“But even more telling is that the youngster Eric Garcia was on the bench at Tottenham. He’s a very good young player, but he doesn’t have the experience that Stones possesses.

“I like him, don’t get me wrong, but the fact he was chosen ahead of John Stones for such a big game speaks volumes for me.

“For me, John is the best English passer of the ball at central defence. Without a shadow of doubt.

“Technically he’s brave and he’ll always make an angle to receive the ball and his passing range is superb.

“But evidently things are not going to plan for John Stones at Man City, and that has to change soon.”