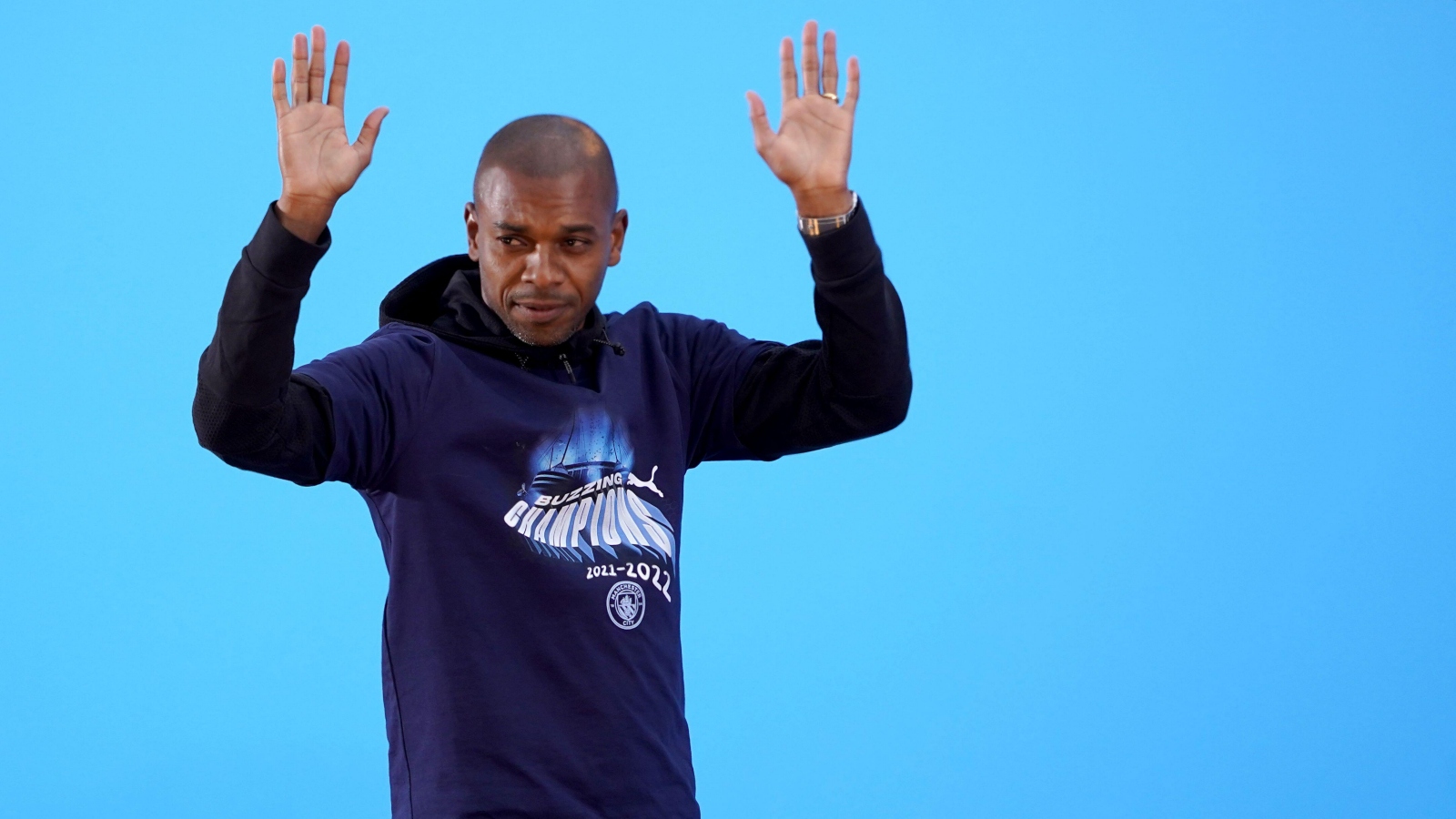 The 37-year-old Brazilian midfielder spent nine years at the Etihad Stadium after joining from Ukrainian club Shakhtar Donetsk for £30million in June 2013.

As Arsenal spend continues to soar, so does the pressure on Mikel Arteta

Fernandinho made over 380 appearances and won a dozen major honours, including five Premier League titles, during his time at City.

He had expressed a desire to return to Brazil before his City departure and on Monday was unveiled as an Athletico Paranaense player, rejoining the Curitiba-based club where he began his career.

“Without a doubt, I am fulfilling a personal wish, a dream to wear the Athletico shirt again,” Fernandinho said at a press conference.

“Establish a brand that will end my career playing for just three clubs: two in Europe and one in Brazil.

“I’m very happy, I thank my family, which has always supported me in this decision.

Official, confirmed. Fernandinho has joined Athletico Paranaense on a free move after leaving Manchester City, he’s back where he wanted to finish his career. 💙🇧🇷 #MCFC

“Not only my heart, but all of us ended up speaking louder at that moment.

“We had numerous proposals, from several different clubs, from Brazil and abroad.

“But the most sensible decision was to return home and try to deliver my best here at Athletico now.”

Elsewhere, reports that Brighton defender Marc Cucurella has agreed to join Manchester City this summer is “all crap”, according to The Athletic‘s Andy Naylor.

After a superb debut season in England, the Premier League champions are reportedly interested in signing the Spanish left-back.

However, Naylor wrote on Twitter: “I’m aware of lots of stuff in the past week on Marc Cucurella/Man City. He’s agreed terms, they’ve made a bid etc. As previously stated, it will require an irresistible offer. At this moment in time, it’s all crap. No bids, nothing agreed, no desire to sell.”