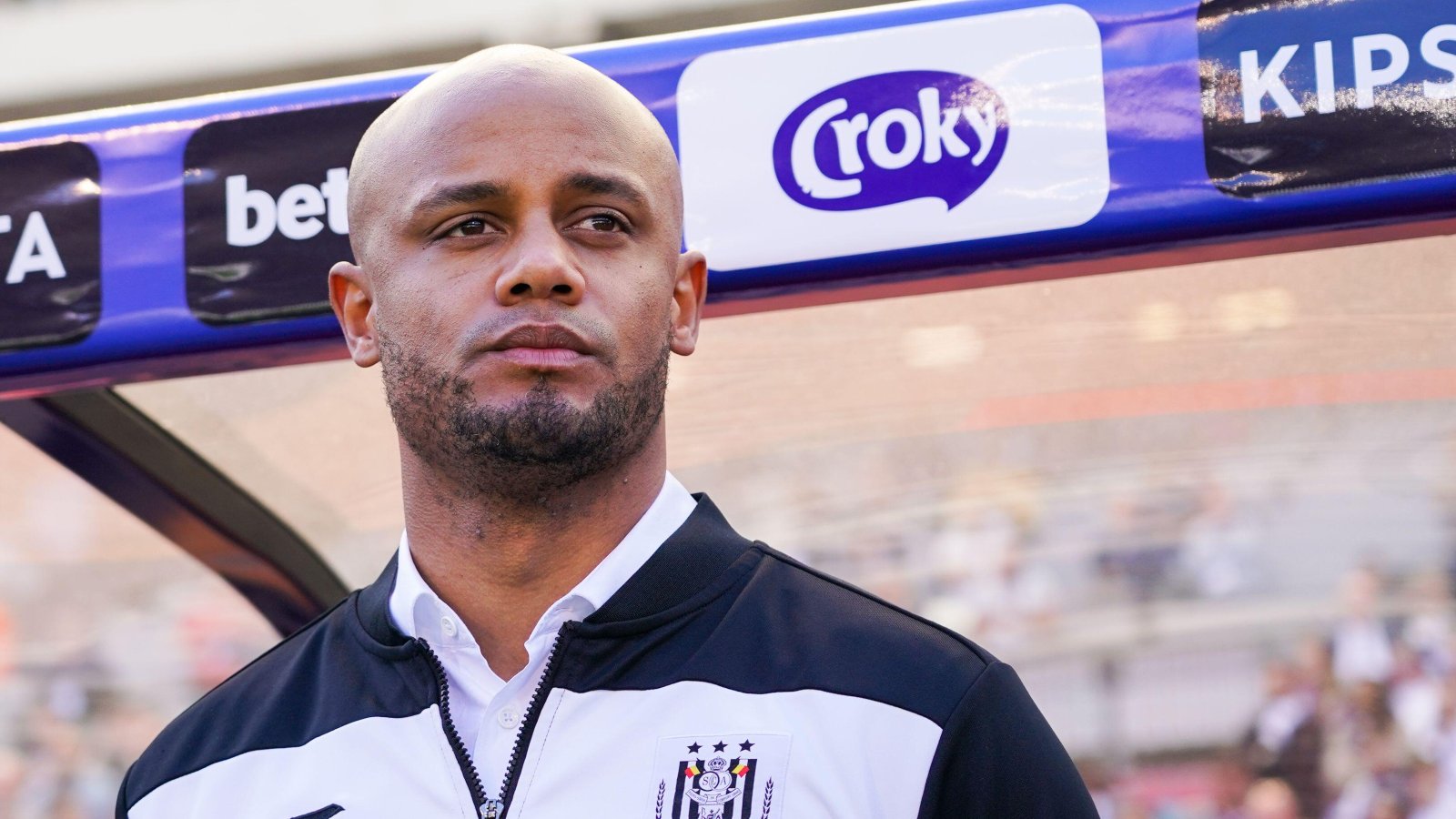 Manchester City legend Vincent Kompany is in talks with relegated Burnley over their vacant managerial position, according to reports.

The Belgian is currently managing Anderlecht in his home country, helping them to finish third this season.

Burnley have been searching for a new manager since sacking Sean Dyche in April due to the threat of relegation.

Mike Jackson was placed in caretaker charge of the Clarets and despite an upturn in results when he initially took the reigns, they were relegated back down the Championship on the final day.

Burnley went into the final day knowing they only needed to match Leeds’ result at Brentford but their fate was sealed as they fell to a 2-1 home defeat to Newcastle whilst Jesse Marsch’s side won.

The result means Burnley will know play in the second-flight for the first time in six years, something that reputedly does not concern Kompany.

The Athletic are reporting that the former City skipper is in discussions with the east-Lancashire club and is part of a three man shortlist for the vacancy.

Vincent Kompany is in discussions to become Burnley’s next permanent manager, The Athletic understands.

The 36-year-old is relatively inexperienced in terms of coaching experience with the three years he has spent at Anderlecht the only role he has held in professional football to date.

However, he does have vast experience of the English game having spent 11 years with City, helping them to four Premier League titles and four domestic cups as captain.

The Belgian is renowned as a legend of the club and has a statue outside of the Etihad Stadium to celebrate his legacy at the club.

Elsewhere, Brazil legend Ronaldinho has advised Liverpool’s Mohamed Salah to consider his happiness when deciding his next step.

Speaking to Goal, the Brazilian said: “An advice to Salah regarding his future? The most important thing is for him to be happy, football is a source of happiness and it must be no matter what club he plays for in the future.

“I wished I could play alongside Mohamed. He is one of the best players in the world, who I always like to watch.”