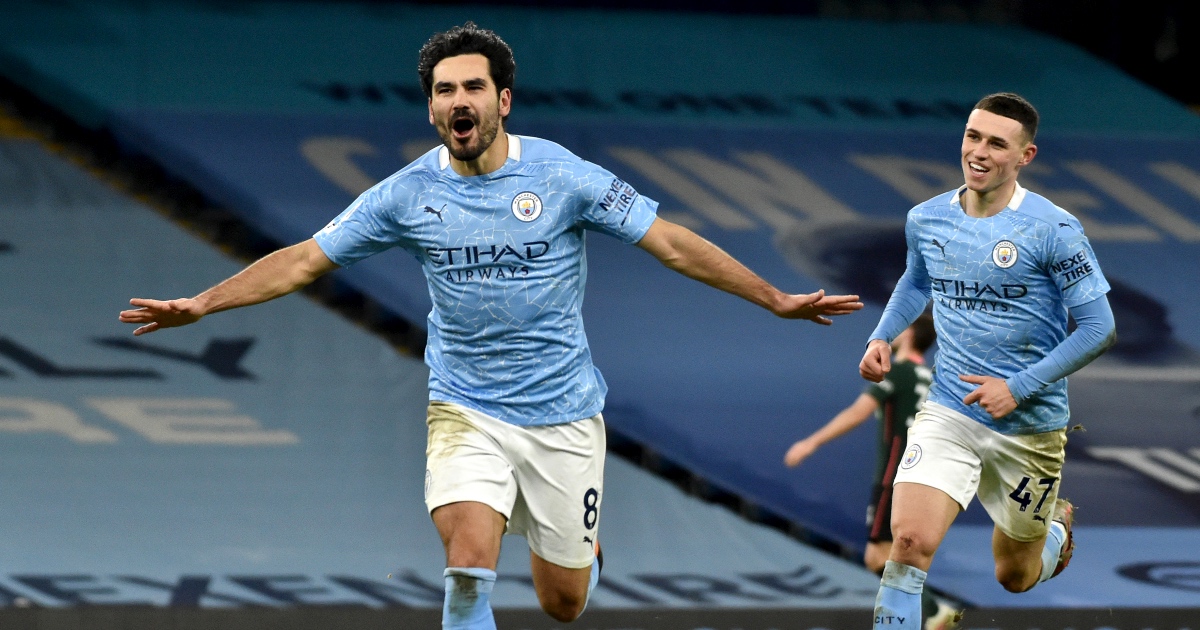 Manchester City have no intention to let go of Ilkay Gundogan despite speculation around the future of the midfielder.

The German had a phenomenal season with the champions and swooped back to back Premier League Player of the Month awards in January and February.

It has been reported that he has delayed talks on a new deal, leading him to be linked with a move to Barcelona, but Sky Sports have been told by City that Gundogan will be remaining at the Etihad.

The 30-year-old has a contract with City until July 2023 and was the club’s leading goalscorer in the league last season with 13 goals.

He also managed three assists in a season that has earned him interest from the likes of Barcelona in the summer transfer market.

Gundogan adopted a new role under Pep Guardiola last season playing as a more advanced false nine rather than his deeper role in the midfield.

The City star spoke about adapting to the new role in an interview with Sky Sports, but admitted he wasn’t used to scoring as many goals as he had been.

He said: “It is kind of weird, to be honest. It is something that I am not so used to. I am not the sort of guy who likes to be the centre of attention but I just have to deal with it.”

Guardiola gushed about the midfielder’s glorious form in a post match interview back in March where he lauded Gundogan as one of the ‘most intelligent’ players he’s ever seen.

The City boss said: “He’s always had a sense of goal, playing for [Borussia] Dortmund,

“He’s an incredibly nice guy. I will never forget the time we spent together. As a player he is one of the most intelligent, wisest players I have ever trained, I have ever seen.

“This season, every time he has arrived near the goal, he has scored the goal, he has this quality but not just that. I’m so delighted with the performance from Ilkay again and from all of the team.”

Currently on international duty with the Germany squad, Gundogan is hoping to add a European Championship medal to his collection as his side face favourites France in their opening game of Euro 2020.