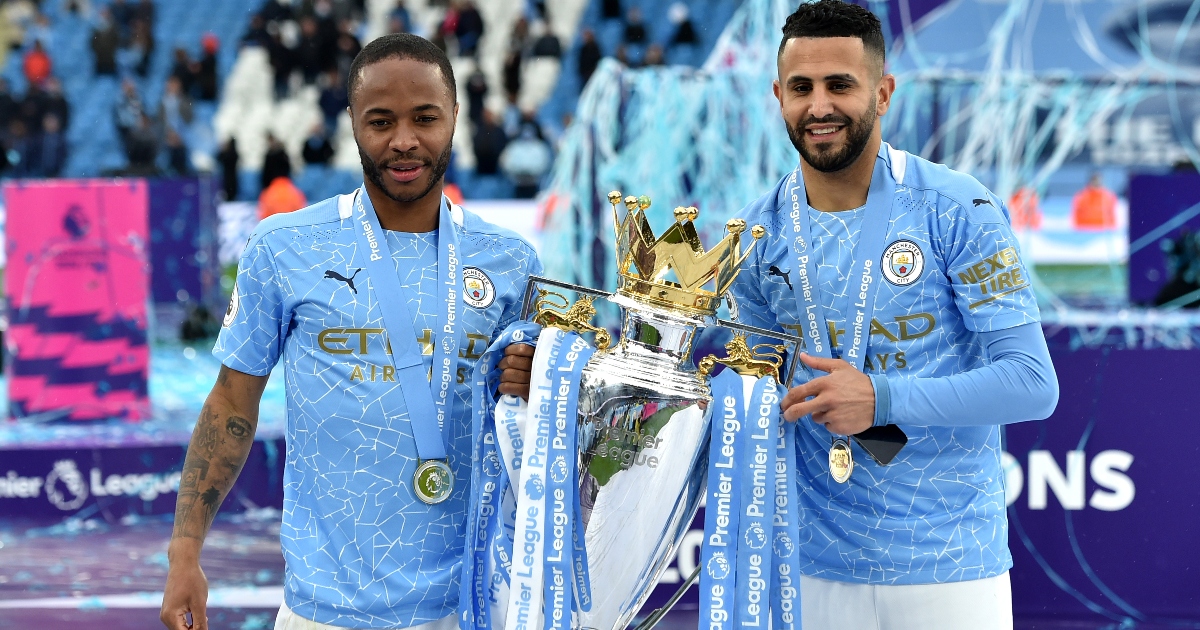 Raheem Sterling and Riyad Mahrez will be deemed surplus to requirements by Manchester City if they complete the signing of Jack Grealish from Aston Villa.

It emerged last week that City were preparing a record-breaking bid for the Villa captain, 25, following a stellar season for club and country.

Grealish signed a new, five-year contract last summer but his stock has risen sharply over the past year, with Pep Guardiola describing him as “incredible” and “a top player” following a clash with Villa in October.

FEATURE: One former player perfect for each Euros last-16 side

The fee that City are set to propose – £100million – will eclipse the £89million Manchester United paid for Paul Pogba in 2016, making Grealish the most expensive Premier League recruit of all time.

According to the Daily Mail, City will clear the decks to make way for Grealish, with Sterling and Mahrez likely to be sold.

Sterling has endured a difficult campaign, falling out of favour under Guardiola as City won the Premier League and reached the Champions League final.

Mahrez, on the other hand, has upped his game this season, producing big moments in big games, but there is a recognition that the squad will have to be trimmed to pull the Grealish deal off, and the Algerian could be sacrificed.

Arsenal are believed to have expressed an interest in both players, but there are doubts as to whether the Gunners will have the funds to complete a double swoop.

“Arsenal are trying to figure out what level of player they can sign in this window.

“They want to be as ambitious as they can, they have genuinely no idea who could sign for them at this point.

“From what I was told, Arsenal have gone to sound out agents in the deals, representative of both players. To see, one, if they’re available right now and two, to get an idea if it’s even worth it trying to sign those players.

“Arsenal want to make a statement, as big as they can really. And knowing they’re looking at players like that should give them some optimism.”