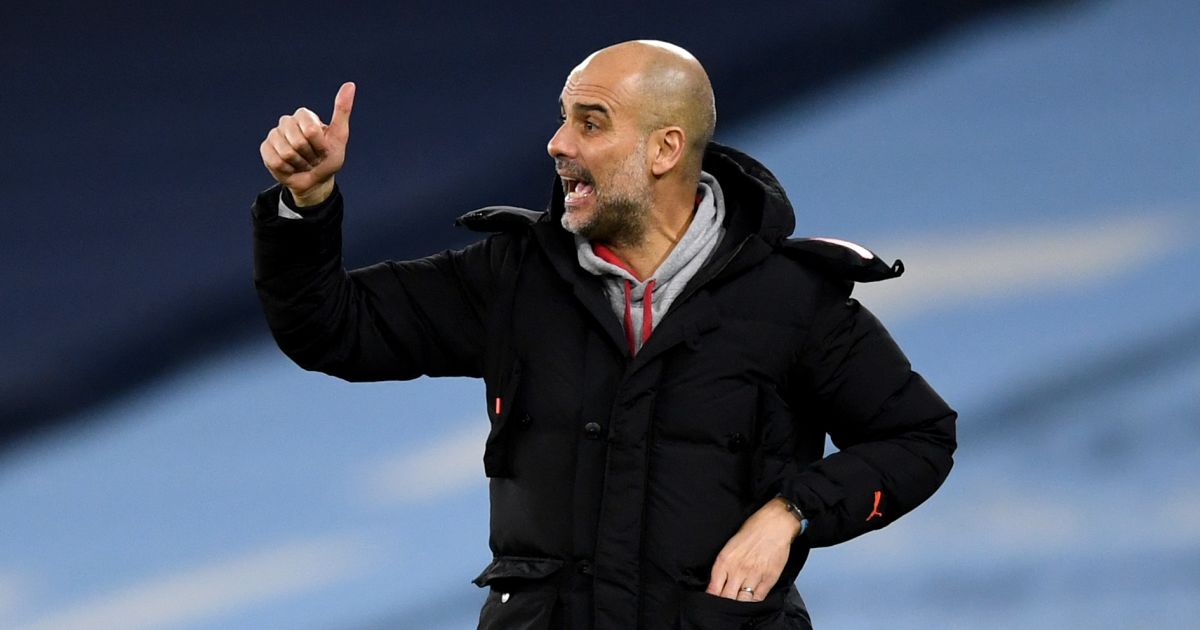 Manchester City were confirmed as Premier League champions on Tuesday night after a much-changed Manchester United side lost to Leicester at Old Trafford.

A 2-1 defeat to Brendan Rodgers’ side means United can no longer catch City, who had already been champions-in-waiting for absolutely ages really.

Pep Guardiola’s side have been the obvious standout in a strange old Premier League season and, after an early-season wobble, hit their stride in December and really haven’t looked back. We’ve picked out five of the key games in their third title win in the last four seasons here, and below are just some of the very many numbers behind Pep’s latest big success.

5 – it is Manchester City’s fifth title of the Premier League era, all of which have come in the last 10 seasons.

15 – winning run in league games, as part of a sequence of 21 in all competitions, between December and March.

5 – league defeats this season – at home to Leicester, Manchester United, Leeds and Chelsea and at Tottenham.

72 – league goals scored by the champions, four clear of rivals United for the most in the league.

18 – clean sheets for City, matching Chelsea for the top flight’s best record. Goalkeeper Ederson is alone on that number, with Edouard Mendy accounting for 16 of Chelsea’s total.

0 – league ever-presents for Pep Guardiola as he rotates his side. Ederson has played every game but one, while Rodri and Ruben Dias are for now the only outfield players with 30 or more league appearances for City this season.

12 – league goals for top scorer Ilkay Gundogan. Raheem Sterling, with 10, is the only other player to reach double figures.

16 – the number of City players to have scored league goals this season, the most of any top-flight club.

2 – goals in 11 league appearances for Sergio Aguero in his final City season, after missing a penalty against Chelsea. The Argentinian is the club’s all-time record scorer with 258.