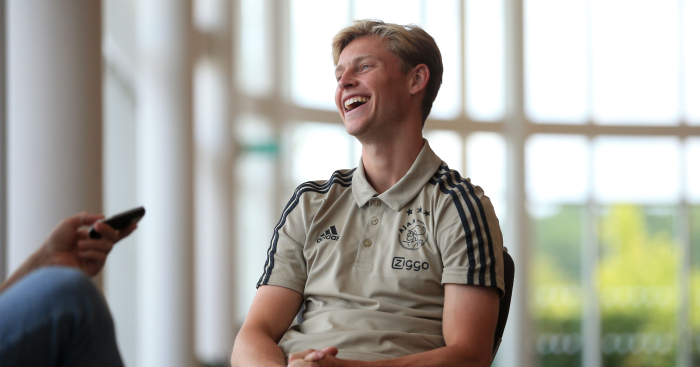 Manchester City will ‘avoid breaking their wage structure’ even for their main transfer targets.

City have made a conscientious effort not to cede to exorbitant salary demands, with the club insisting they pulled out of a deal for Alexis Sanchez last year.

That has continued into 2019, as the wages of Frenkie de Jong proved too much to compete with Barcelona.

According to ESPN, De Jong was City’s ‘top target’ as they look to find a successor for 34-year-old midfielder Fernandinho.

But they decided not to pursue the Dutchman after he asked for ‘around €16m a year plus easily-obtainable bonuses’ – which equates to around £13.8m.

He will join Barcelona at the end of the season as a result, with City now pursuing other players.

‘City are determined to take a more pragmatic approach to wages and try to avoid friction in the squad,’ the article adds.