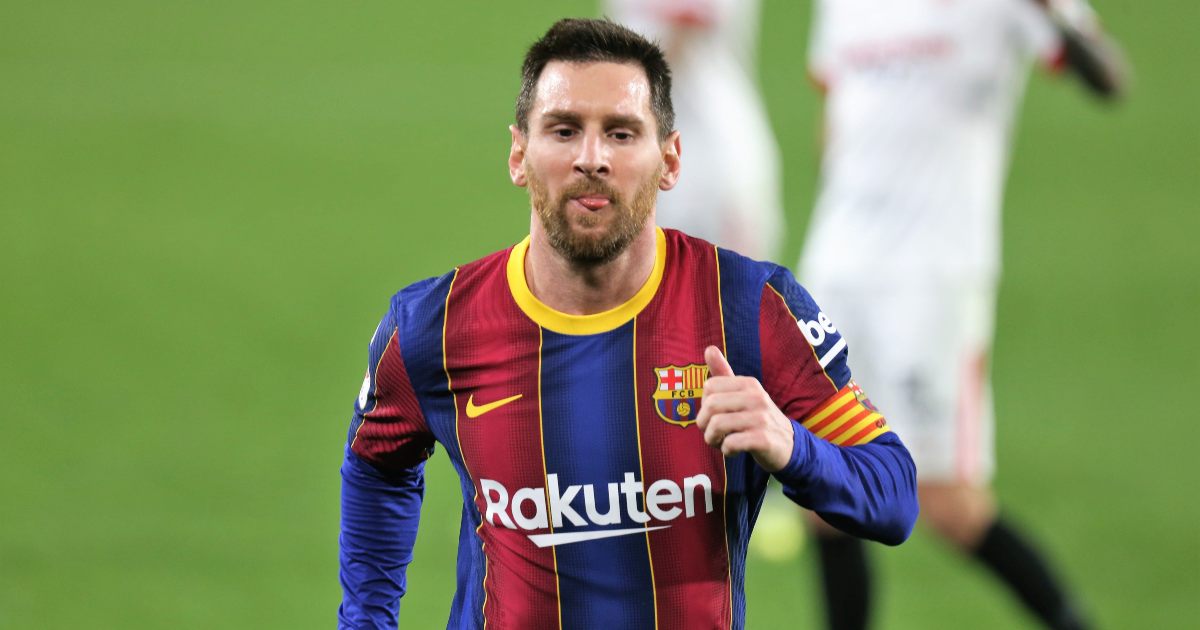 Manchester City have responded to rumours that they have made an approach for Barcelona superstar Lionel Messi, according to reports.

The Argentinian forward was involved in a summer-long dispute with Barcelona. He had his heart set on leaving, but he eventually agreed to remain at the club for now.

He argued that there was a clause in his contract that allowed him to leave for free but club president Josep Bartomeu disagreed and claimed any suitors would have to pay £600m to get him.

This made any summer move for Messi impossible, but his contract does expire at the end of this season.

The Sun claimed on Thursday that Man City have ‘come up with a new package’ to land Messi on a free transfer in the summer window.

The Citizens are apparently ready to offer a deal ‘worth a reduced £433m should a deal be brokered for him to sign on a free transfer this summer’.

However, City have now told Sky Sports that ‘no approach has been made’ for Messi and that there have been ‘no offers made, either in the summer, or since, and there are no talks’.

The former international team-mate of Messi told Stadium Astro: “It is sad to see Messi in that situation.

“I never thought he would be in a final year of his contract at Barcelona. The team is not playing well and it seems that he is not enjoying his football. We will see what happens with Messi at the end of the season.

“He has a close friend in Sergio [Aguero] at Man City and has worked with Pep [Guardiola] at Barcelona before, so they know each other. Some of the people on the board also know Messi.

“The Premier League is the best in the world and maybe he wants to go and enjoy a few years there.

“Man City would be the best place for him because he knows people there. I would like to see Messi, if he decides to move on to another club, in England as it is a lovely place to play football. He needs to enjoy football again because at the minute it seems like he is not enjoying it all.”