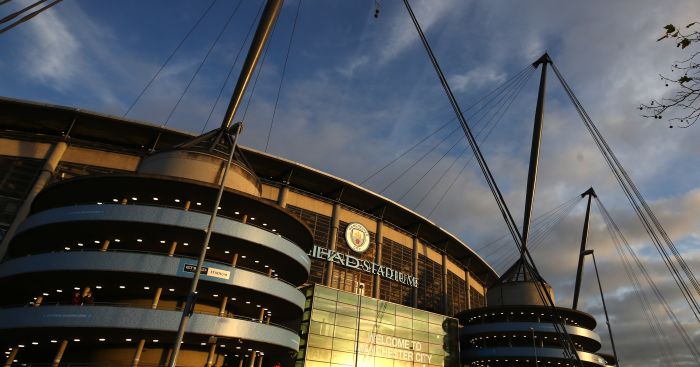 Manchester City have again been forced to defend themselves from accusations they have tried to cheat European football’s Financial Fair Play rules.

City said at the time the original magazine article was published that they would not be commenting and that the attempt to damage their reputation was “organised and clear”.

On Monday, Der Spiegel published a new article on what it alleges are City’s attempts to deceive UEFA by channelling millions of pounds of their owner Sheikh Mansour’s immense wealth into the club via their Abu Dhabi-based sponsors.

City repeated the statement they issued last week, defending their position and referring to “out of context materials purportedly hacked or stolen from City Football Group and Manchester City personnel and associated people”, but are likely to face more questions throughout the week.

Citing emails between City bosses that it claims to have obtained, Der Spiegel alleges that Sheikh Mansour, a senior member of Abu Dhabi’s royal family, has been topping up City’s already lucrative sponsorship deals with Emirati companies with his own money – which if true would be a clear breach of FFP’s rules against “related parties” pumping cash into clubs.

According to the emails, Sheikh Mansour had “supplemented” City’s “Abu Dhabi partnership deals” by £149.5million by the time the club won the first of three Premier League titles under his ownership in 2012.

A year later, Der Spiegel claims, the club had to fill a £9.9million hole in their budget to meet FFP’s ‘break even’ requirement because of severance payments to sacked manager Roberto Mancini.

The club’s solution, according to the German magazine, was to get three of its main backers – investment firm Aabar, the Abu Dhabi tourism authority and airline Etihad – to make up-front payments totalling £7.5million for increases in their sponsorship deals.

And in a series of emails quoted from by Der Spiegel, dated between 2010 and 2015, club directors appear to state that Sheikh Mansour is the real source of a large chunk of the money that is purportedly flowing to East Manchester from Aabar, the tourism authority, Etihad and telecoms firm Etisalat.

Der Spiegel’s report referred to an internal email which it says was sent by director Simon Pearce, who is quoted as saying that Aabar’s contribution is £3million, with £12million coming from “alternative sources provided by His Highness”.

In December 2013, Pearce is reported by the German magazine to have written in an internal email that Etihad’s contribution “remains constant at 8m” despite it being officially listed at £35million.

Der Spiegel reports that by 2015, the “supplement” had grown to a staggering £59.5million, according to an email it claims to have seen from City’s chief financial officer Jorge Chumillas.

A spokesperson for Etihad denied the airline was not the real source of the money it paid to City.

“The airline’s financial obligations, associated with the partnership of the club and the broader City Football Group, have always been, and remain, the sole liability and responsibility of Etihad Airways,” the statement said.

“This is reflected in the airline’s audited accounts. Our partnership with Manchester City and the broader City Football Group continues to deliver important ongoing and accumulative returns on our investments.”

The second part of Der Spiegel’s series was released on Tuesday and alleged that City set up a project group to circumvent FFP rules. City responded to Der Spiegel with the statement issued last week.

UEFA said it “cannot comment on specific cases due to confidentiality obligations” but the governing body is certain to come under pressure in the coming weeks to reopen its FFP investigation into City’s finances.