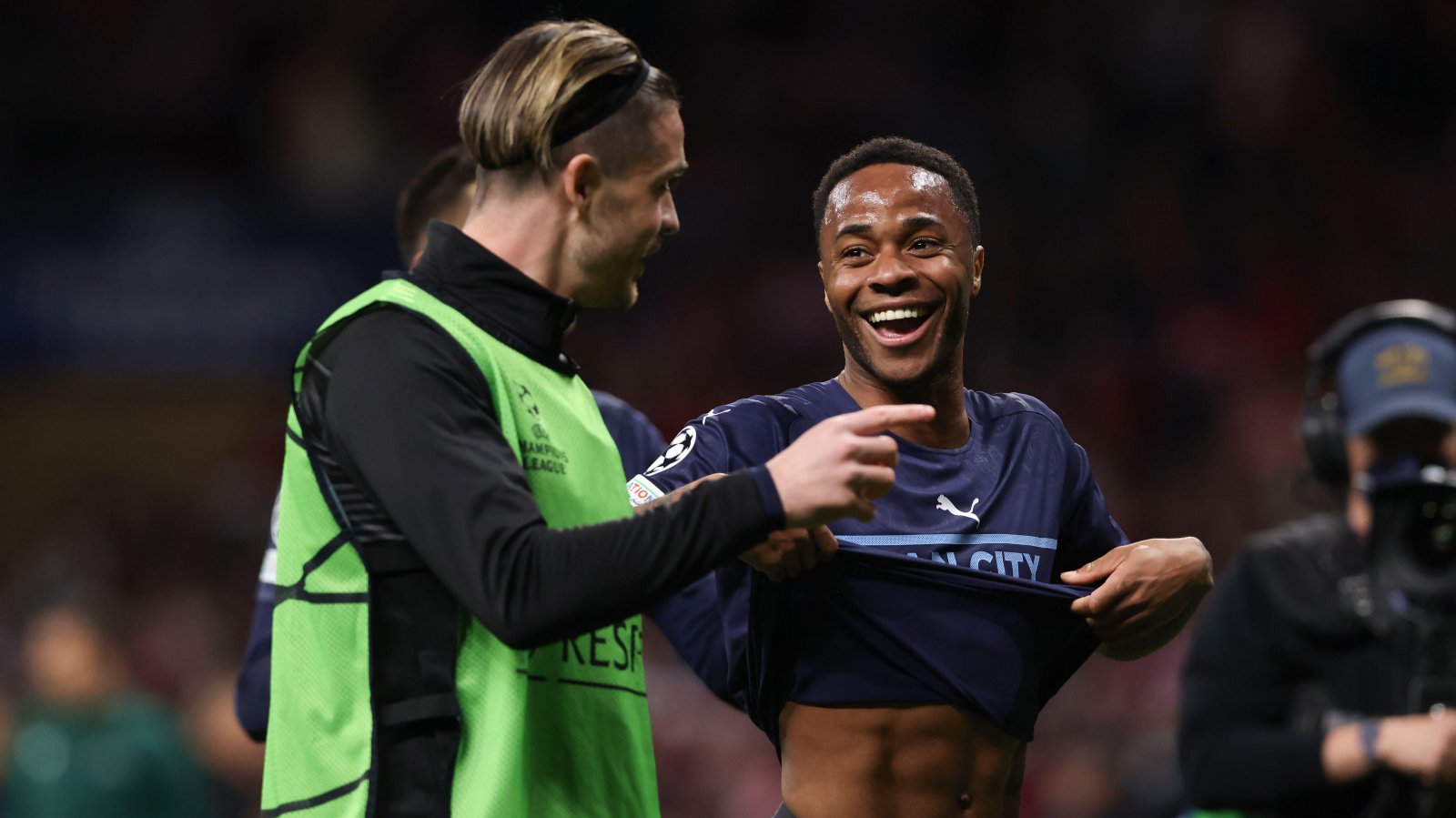 Manchester City players have given Jack Grealish a new nickname and crowned an unsung hero from their explosive game against Atletico Madrid.

Having won the first leg of their Champions League quarter-final 1-0 at home to Atletico, Manchester City went into the second match at the Wanda Metropolitano in little doubt as to what they would face.

Atletico had a player sent off and are expected to face UEFA action after an on-pitch melee towards the end of the goalless draw continued into the tunnel after the final whistle.

Manchester City were battered and bruised throughout but had anticipated such rough treatment in the build-up, with Jack Grealish the likely target.

The 26-year-old was fouled five times in 22 substitute minutes by Atletico players at the Etihad but was not risked in the away leg because of ‘genuine fears for his safety’.

The Daily Telegraph report that Manchester City felt Grealish ‘could be at risk of injury’ after being ‘aggressively targeted’ the previous week, which is likely why Pep Guardiola decided not to risk him.

The £100m summer signing was still involved in the fracas, however, calling Stefan Savic a “c***” when the Atleti centre-half had attempted to headbutt Raheem Sterling.

Some teammates have since nicknamed him ‘Peaky Jack’, while Sterling ‘also drew praise’ for not reacting to Savic’s provocation.

The other Manchester City player to emerge with the most credit was Oleksandr Zinchenko, another unused substitute who inserted himself into the battle when Phil Foden was fouled by Felipe and dragged off the pitch.

The Ukrainian ‘was privately hailed by team-mates as the unofficial man-of-the-match’ for defending Foden, who ‘bore the brunt of Atletico’s brutal approach’ instead of Grealish.

‘City’s players felt his actions were a reflection of what it means to be part of the squad this season as they chase down three trophies and that the whole situation could have a galvanising impact over the remainder of the campaign,’ it is added.

Atletico were so confrontational that Neil Warnock was somewhat taken aback.

“I must admit, when I watched it, the second half – I couldn’t stop watching, I was gripped. I kept jumping off my seat with the tackles and all the professionalism, crossing my fingers that Man City would go through.

“It was only the last 15 minutes that it really became like that and I think Atletico were their own worst enemies. If they kept their cool, they’d have had a lot more chance of getting that goal – but they lost it.

“We all do it, all the managers waste time, especially away from home, and referees don’t add that much on. For football, it’s a blessing they got knocked out. I’ve got a reputation, but I’ve never been as bad as Simeone last night. Deary me.”