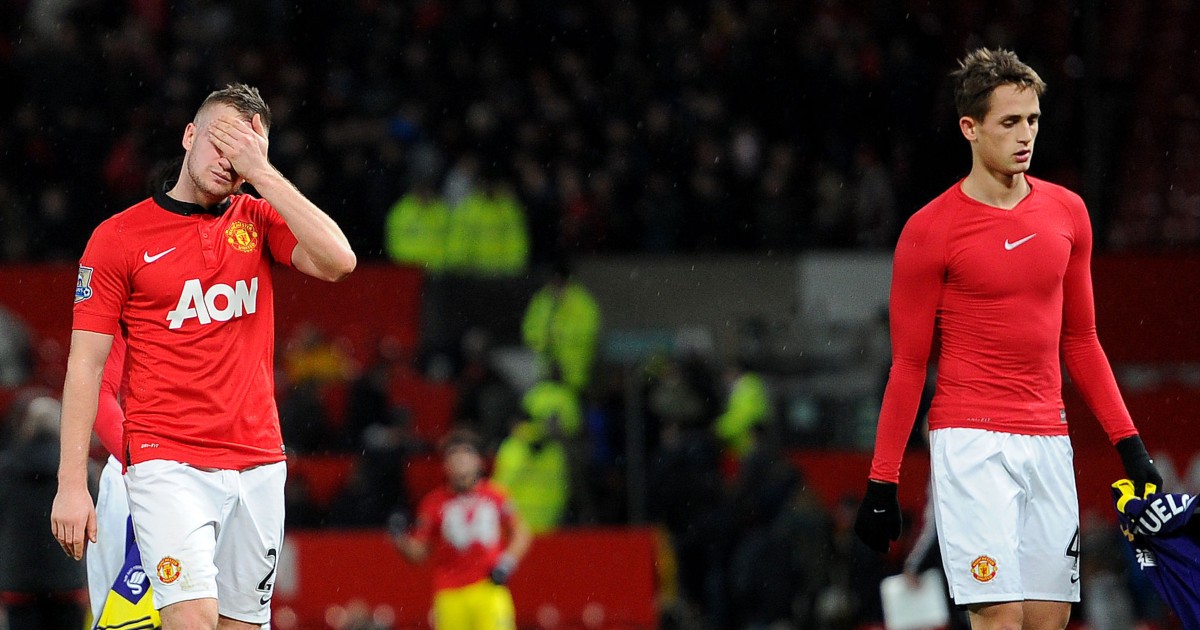 We’ve arbitrarily picked the worst XI out of those who’ve started at least one Premier League Manchester derby since the start of the 2011/12 season, meaning the first eligible game was the 6-1. Obviously.

Claudio Bravo
Say what you want about your Joe Harts or David De Geas, they are absolute bargains in the grand scheme of things. Ederson is definitely better than Claudio Bravo, who cost £17m and was not a bargain, at one point conceding 837 consecutive shots across a three-season period, a Premier League record (subs please check).

Rafael
Looked like being the enormously fun rampaging full-back from all our dreams and then, he wasn’t. Played in a 2-1 win against United in this year’s Champions League for Istanbul Basaksehir, where he has amassed an impressive nine yellow cards and two reds in 23 appearances this season.

Matija Nastasic
See? Mangala and Nastasic cost a combined £46m and made 91 Premier League appearances between them.

Matteo Darmian
Has a more anonymous footballer ever made 60 Premier League appearances for Manchester United after making a £12m move? Try and picture Darmian in your mind. Try and remember something he did when playing for Manchester United. Does he even exist? Yes, apparently. We’ve checked.

Anderson
Hung around at Old Trafford for an awful long time at the back end of the Fergie glory years and beyond. A fee of £27m for 70 top-flight starts in eight years isn’t great. Started at the heart of an entirely overrun midfield in the first Manchester derby of the last 10 years alongside…

Nani
…and we all remember how that turned out. Nani was a strange one. Again hung around for an awful long time and certainly had his moments but was also very often just infuriatingly rubbish.

Tom Cleverley
Solid professional. Feel bad for including him. City have had some really good players in the last 10 years, haven’t they? United have definitely had a lot more ordinary ones.

Marouane Fellaini
David Moyes tried to recreate the Everton magic at Old Trafford with the big Belgian. United bungled the transfer, meaning he arrived later than he should have and for more money than he might have, and things didn’t really improve much from there. Moyes is doing alright again now, mind.

Adnan Januzaj
One-time next big thing at United who the tabloids breathlessly hoped England might even be able to pinch from the dastardly Belgians. Returned to Old Trafford with Real Sociedad last month for a Europa League goalless draw. Some things are just not meant to be. Had loan spells from United at Borussia Dortmund and Sunderland, which is certainly eclectic.

Andreas Pereira
This is not a proper team so it doesn’t get a proper striker. Pereira remains on United’s books, currently enjoying a loan spell at Lazio. Scored in his second game against Torino. Hasn’t scored since.