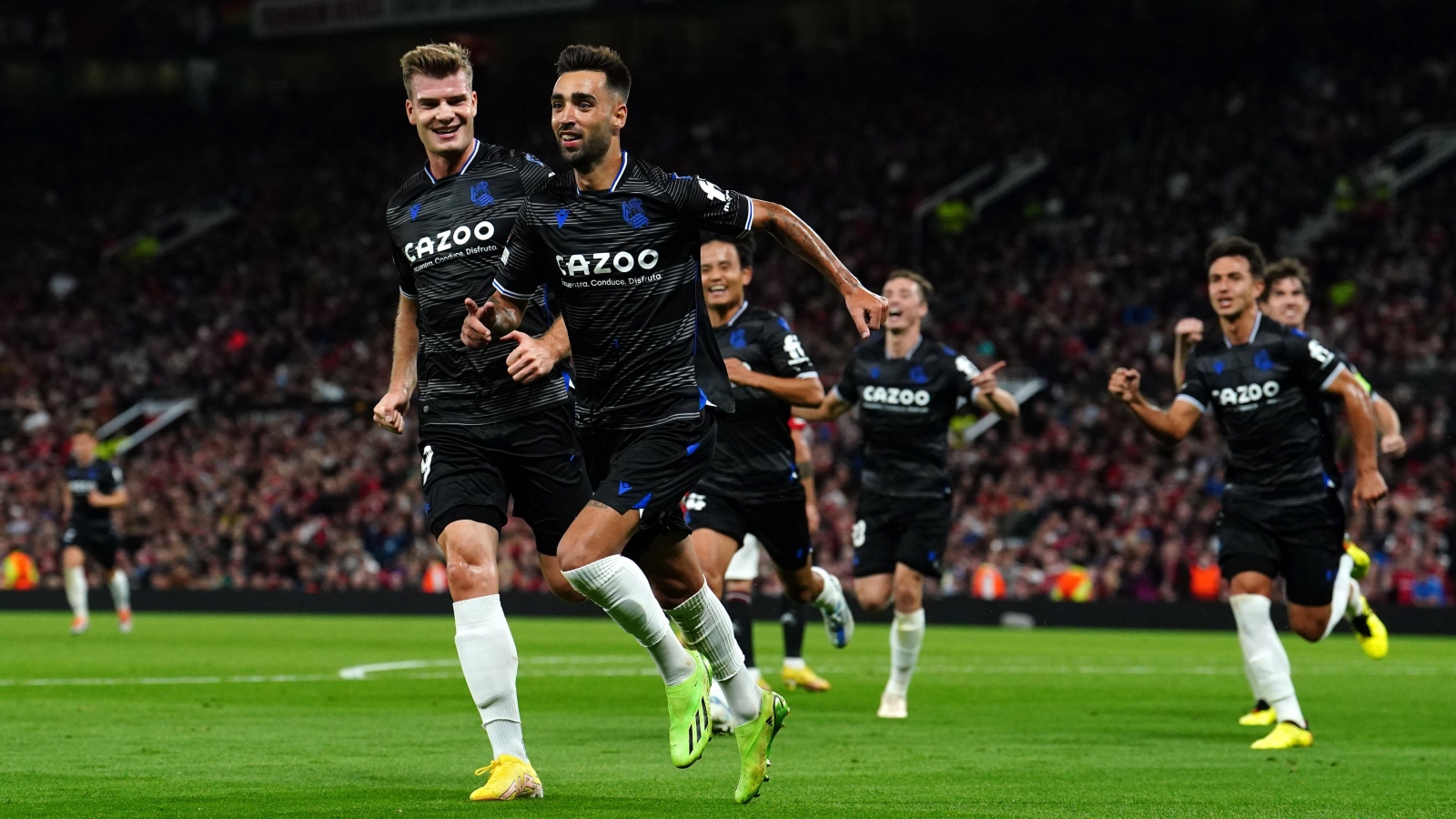 Brais Mendez’s penalty was enough for Real Sociedad to pick up all three points against Manchester United in the Europa League.

The gates to the ground had just opened when Buckingham Palace announced that the nation’s longest reigning monarch had died at the age of 96.

United’s European opener went ahead as planned following direction from the Football Association and UEFA, with the Queen’s death overshadowing Thursday’s 1-0 loss to Real Sociedad.

The club said they shared “the sorrow of the entire nation” in a statement that recognised “her immense contribution to public life” while offering condolences and sympathy to the Royal Family.

Both sides wore black armbands and flags were at half-mast at Old Trafford, where advertising boards were turned black and no music was played.

This was the Red Devils’ first Europa League match since losing the 2021 final against Villarreal and saw Cristiano Ronaldo make just his third appearance in the competition.

The other two came for Sporting when it was still called the UEFA Cup and 20 years on he saw a goal ruled out for offside in a forgettable first half.

It proved the deciding goal of this Group E opener as Erik ten Hag’s side saw their four-game winning run come to an end.

Play got off to a scrappy start on a strange night in Manchester, where Ronaldo was quickly closed down as he looked to score his first of the season.

Antony saw a curling effort saved as play trundled along, with Mendez striking wide before United’s star name thought he had scored.

Ronaldo met a 35th minute Diogo Dalot cross with a header that goalkeeper Alejandro Remiro could only tip onto the underside of the bar and in, only for the offside flag to cut celebrations short.

United introduced Bruno Fernandes and Martinez at the break, with the latter beaten to the ball by La Real’s own half-time change.

Alexander Sorloth headed over that chance and the Argentina defender got a crucial toe to stop him meeting a Takefusa Kubo cross soon after.

Martinez threw himself at Manchester City great David Silva’s shot from the resulting corner, with the ball ricocheting off his leg and onto his arm.

Referee Marco Di Bello pointed to the spot and booked the defender. VAR Massimiliano Irrati ratified the decision and Mendez drilled the penalty out of David De Gea’s reach.

Play swung from end to end after that point, with United’s goalkeeper denying Kubo before Casemiro headed into the ground and over.

The Brazil midfielder saw a low shot saved by Remiro on his first United start, before Mohamed-Ali Cho tried his luck at the other end.

Charlie McNeill came on for his debut in the 83rd minute as United chased a goal that would evade them, leading to wild celebrations from the away fans at full-time.