Home Mailbox When will Manchester United just be accepted as a poorly run club whose great years are behind it? 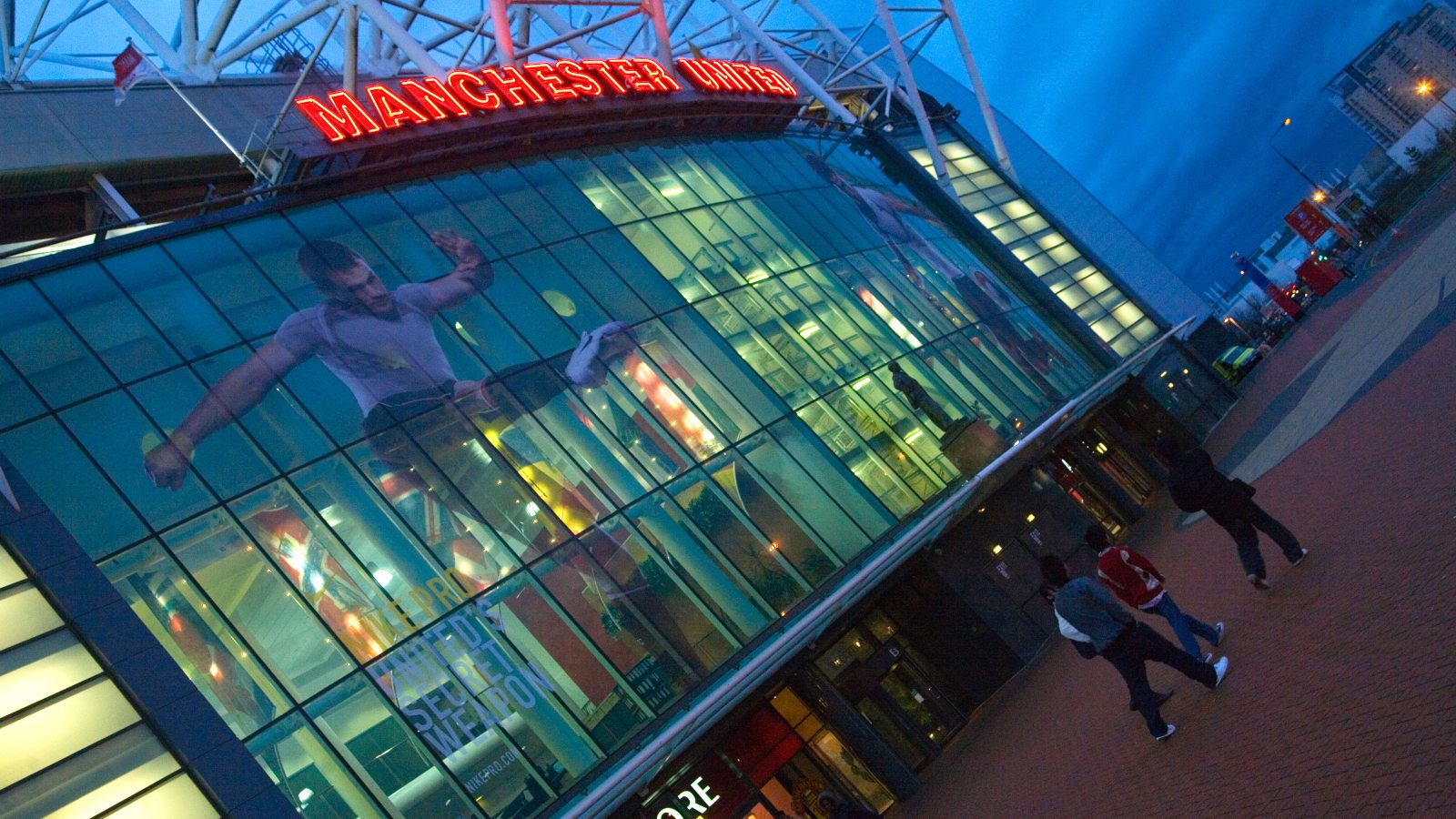 Why do Manchester United get all the attention? Should we not just move on and talk about other football clubs?

Send your mails on this or anything else to theeditor@football365.com

When do we move on from Manchester United?
So Manchester United – a club that hasn’t won a league title in the best part of a decade – remains far and away the most talked about in the media, and on this esteemed website. I don’t think even the savvy, media-aware writers in your hallowed halls can make it three days without writing a feature article on something Manchester United. That changes to daily if you’re any of the major papers, it seems. Just saw an article on the Daily M**l about a United player holding a GUN(!)…at a legal shooting range on his holiday. That is apparently ‘news’.

The question I have is just…why? Is it the age of journalists? Why is there this deep trauma amongst the entire British media about painting a club that has barely touched a trophy in a decade in such a bad light? Only one club is having daily articles written about the lack of transfers, despite about three-quarters of the Premier League teams having made the same number this summer. Only one club where I’ve counted about half a dozen articles about a player MAYBE not choosing them as a sign that the club is a wasteland. And I bet if that same player does sign for them, there will be a similar number of articles making fun of United for signing a 30-year old free transfer last playing for Brentford.

United is a poorly run football club. There is no shortage of those. It is not particularly successful in recent times. Most of the fans are pretty sanguine about the position it’s in, and cling to hope for change. But even when United finished second, there were no fawning articles about overcoming the great Liverpool. When Chelsea finish sixth every other season, there are not dozens of journalists saying this is the end of an era. Barely anyone seems to even know where Spurs or Arsenal finish if it’s not in the top four.

I guess my question is: when will Manchester United just be accepted as a poorly run club whose great years are behind it?
Ryan, Bermuda

…I agree with Dave Tickner on the nonsense coverage around Man United’s transfer dealing so far this summer. There are unrealistic expectations levied onto the club with a guarantee they won’t be met, it’s a good way to get traffic because watching United fail has become a sport in itself with fans from all clubs paying for tickets with their clicks. Yet given this I do think there is justified reason for United fans to feel frustrated.

We’ve known for a long time where to lay the blame for poor transfer windows – squarely at the feet of Ed Woodward and Matt Judge. Their evident ineptitude has long dogged our negotiations, every transfer became a saga with leak after leak providing daily updates on how they were ‘playing hardball’ and ‘not paying over market value’ only for each to end the same way, with weeks and months wasted and paying exactly what the selling club wanted in the first place. Yet these two bozos have now departed along with other significant executives and directors which allowed a faint glimmer of hope that going forward transfers would be undertaken differently. Instead we’re getting the same old song and dance. It’s almost like Woodward, whilst leaving United’s office for the final time, passed Richard Arnold and tossed him his coveted transfer playbook saying with a wink “you’re gonna need this”. The De Jong kerfuffle definitely has a Woodwardy type vibe to it, the embarrassing swagger of ‘we can get any player we want even if they don’t want to play for us’ combined with the utterly myopic notion of achieving their number one target at the expense of everything else.

There are of course caveats to consider and expectations to be managed. United are effectively starting their transfer business late and going into this season with a new Chief Exec, new Football Director, new Deputy Football Director, new Technical Director, and a new First Team Manager who in turn is bringing with him new coaches, new players, new tactics, and a new philosophy. It’s all very new. Expecting it to work straight away is unreasonable but as transfers go they can’t hang around.

I suppose we’ll have to wait and see what squad Ten Hag ultimately gets to work with but even in the best case scenario he has one hell of a job on his hands. In relation to our rivals United have a mountain to climb to even keep pace with those challenging for top 4 never mind league titles, and for a club that has difficulty with gentle slopes it doesn’t bode well. Keeping my fingers crossed that Eric is the saviour we need, not the clown we deserve.
Dave, Manchester

This house is a circus
Berserk as f**k
We tend to see that as a perk though
Look what it’s done to your friends
Their memories are pretend
And the last thing they want is for the feeling to end #mufc https://t.co/FgVxKWpR5I

What makes a bit-part player at Man City?
Alex, South London mentioned that Mahrez only made 28 appearances for City in the PL last season so is a squad player. I’d love to know the metrics used to classify someone as a squad player. Is £40M Fabinho with 29 league appearances a squad or first team player? Does the extra one appearance make a difference?

One of City’s strengths is the way Pep manages a small squad with lots of excellent players, so appearances are spread amongst all four competitions. Mahrez had 47 appearances overall last season with 12 Champions League games, including two starts against Real Madrid in the semi finals. Only three players made more appearances for us last season. That doesn’t sound like a squad player to me Alex. And how could you possibly compare Mahrez with Sancho, Keita, Pepe, Ndombele? LOL.

And as I mentioned in my last letter, this exaggeration that if a City signing is a mistake we just replace them has only happened once under Pep. We replaced Bravo with Ederson. We still haven’t replaced Mendy and have used midfielders and a right back instead. So I’m not sure why there is this idea that if Haaland is a mistake we will just stockpile him, buy someone else and have a bloated squad, when we have never done this before under Pep’s small squad planning. He’ll either work out (lots of examples of that), or we will sell a young player for a profit (Sane, Torres, Jesus). And with Torres, Jesus and probably Sterling all departing since Grealish signed I don’t think Grealish will a ‘bench buddy’ next season.

And Robert G, yeah we did waste lots of money previously, and a lot of that was based on trying to get into the Champions League before FFP kicked in. Spend in haste etc. However I never said we don’t make mistakes. I just said they are very rare under Pep so lumping City in with Chelsea and PSG in the original letter seems ignorant and/or wrong. And who knows what could have happened with an actual left back in the fine margins games of the Champions League Semis and Finals.
Andy D. Manchester. MCFC

The strife of Riley
Wonderful ! Mike Riley, without doubt the worst referee of his generation, is going. I have just watched the video of his disgraceful performance at Old Trafford in 2005 when he alone bought Arsenal’s unbeaten run to an end. I won’t mention individual instances there were too many. Just watch the video and like most fair and honest supporters you will wonder how he was allowed to continue refereeing top class games after that and, incredibly, how he was appointed as boss of referees for so many years. Another example of how pathetic is the management of English football.
Macca, Herts

Brexit means Brexit
It’s not clever to be still sour about Brexit in an article about Thomas Frank. Absolutely disgusting and pathetic.
Leon Woollaston