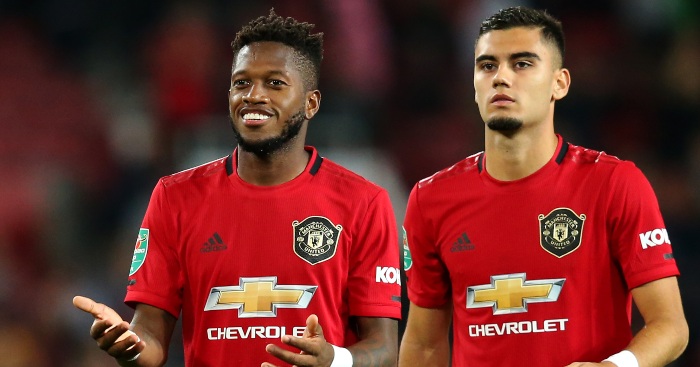 Henk Houwaart insists Manchester United are not what they once were, and “that boy” Andreas Pereira would have to “fight” to get in the Club Brugge team, the side he once played for and managed.

Ole Gunnar Solskjaer’s side drew 1-1 in Belgium last week, with the return leg set for Old Trafford on Thursday.

Houwaart is a very experienced Dutch manager, and has been in charge of more than ten clubs during his career.

And the 74-year-old feels Club Brugge may kick themselves if they don’t perform at United, because it’s a great chance to beat a huge European club.

He pointed out nobody really cares about Belgian football outside Belgium, and a win over the Red Devils would go down in history.

Speaking to HLN, via Sport Witness, he picked out one player to explain why: “It is just a pity that this is not the Manchester United of yesteryear, with Cristiano Ronaldo and Giggs. Like Pereira… That boy would have to fight to be in the starting line-up of Club Brugge.

“I think it is such a shame that Club did not start with its strongest team at home, because then they would have won 2-0 or 3-0, but now it will be difficult, which does not mean that Club should no longer believe in it. Clement (the manager): go for your strongest and most experienced team.”