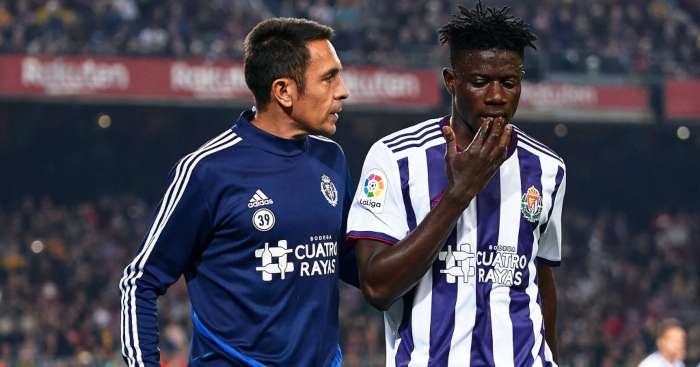 The Real Valladolid centre-back has been earning rave reviews in La Liga after progressing through the academy.

The 20-year-old has made 24 appearances this season and was called up by Ghana last year.

Spanish publication AS say Man Utd could test Valladolid’s resolve with a bid for Salisu when the transfer window opens again in the summer.

In November the La Liga club admitted they were trying to get the defender to sign a contract extension, which would probably see his bargain release clause removed. That is believed to be set at just €12million.

Real Valladolid’s sporting director Miguel Angel Gomez told Pucela Fichajes via Sport Witness: “Salisu perceives the love of the club because we have made three contracts in thirteen months.

“He knows that he is an important player and that we would like to proceed with that renewal, but today there is a standstill.”
El Diario De Valladolid –  as translated by Sport Witness – claimed three months ago that it was United who led the chase for the powerful Ghanaian, with Ole Gunnar Solskjaer’s side using an ‘insider’ to get the deal done.