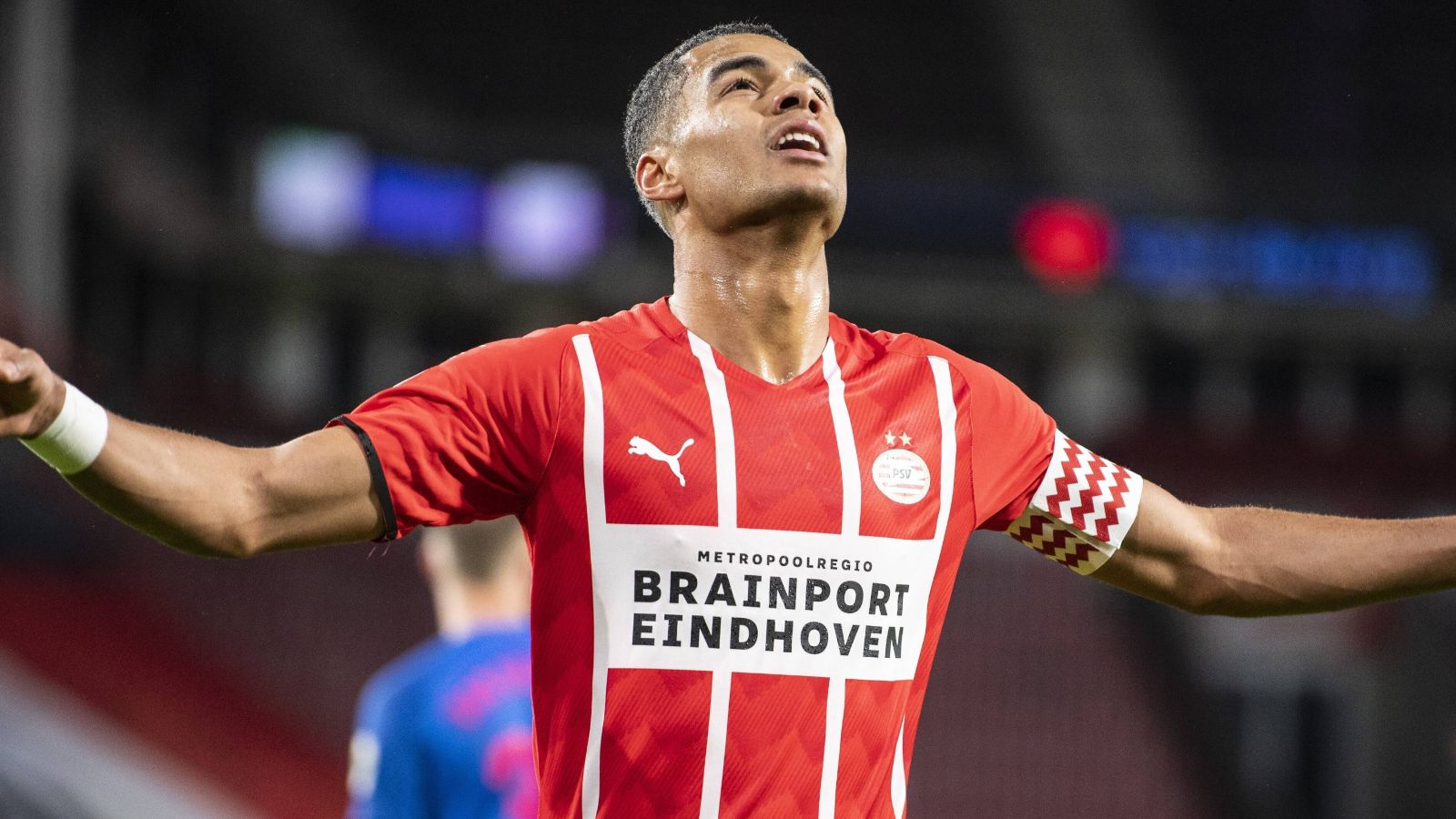 Manchester United are expected to bid £34m for PSV Eindhoven winger Cody Gakpo, who actually wants to join the club bottom of the Premier League.

Gakpo is said to have informed PSV that he wants to join United under Erik ten Hag, who happens to share the same agent.

There will be a slight delay to any signing because PSV are playing in the second leg of a Champions League qualifier against Rangers on Wednesday.

It is not thought that the outcome of the match is a factor in the transfer, with PSV already said to be looking at alternatives to Gakpo.

The Daily Telegraph describe Gakpo as a player who is ‘hugely admired by Ten Hag’, and he would certainly be much cheaper than Ajax forward Antony, who could cost up to £85m.

Gakpo has already scored three goals for PSV this season, with a goal against Ajax in the season curtain-raiser followed by two strikes in the opening game of the Eredivisie campaign.

He predominantly plays on the left wing but can also play as an out-and-out striker as well as on the right side of the attack.

PSV coach Ruud van Nistelrooy was recently asked about Gakpo being a Premier League target and said: “He keeps as far as possible away from that which causes noise in order to deliver a top performance.

“Cody is 23 years old and that is not always possible at that age, but for me he is someone who is always busy with his profession. They really know him. As a trainer I try to help him with everything he needs, but he has to do it himself in the end.

“We will only talk about it [interest in Gakpo] when there is something concrete. We are working on his development as a player and how he can contribute to PSV.”

According to the Telegraph, PSV value Gakpo at £38.2m but they are expected to acquiesce to United if they include several add-ons in the deal.

Dutch pundit Marcel van der Kraan reckons Gakpo could struggle to adapt quickly to the Premier League if he moved to Man Utd.

He told Sky Sports: “He is the kind of player Erik Ten hag likes because he likes to play with wingers.

Van der Kraan added: “I think eventually he will eventually be the top man at a big club and I could see him featuring for Manchester United but there are other top clubs in the bidding for wanting him.

“Arsenal made a bid for him weeks ago and there are around five Premier League clubs after Gakpo. But if the choice is there, he will go to Manchester United.”