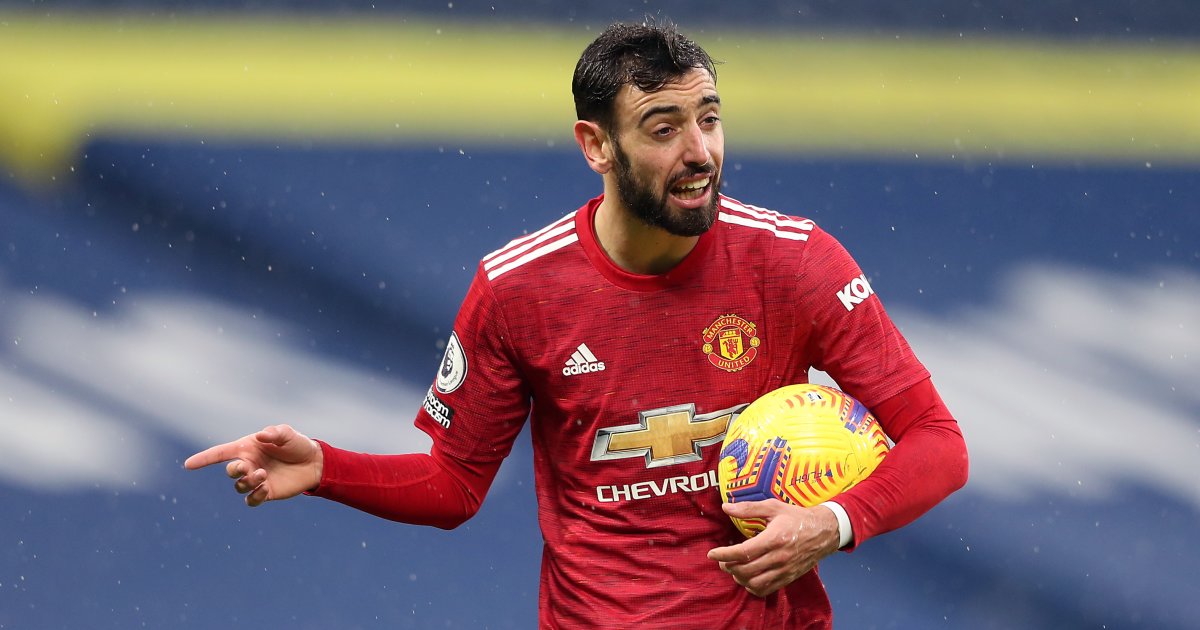 Really, the only surprise should be that any of us were surprised.

When Mbaye Diagne headed West Brom into a second-minute lead against Manchester United, it just continued a season-long trend of Ole Gunnar Solskjaer’s team making life unnecessarily difficult for themselves away from home.

Most of the time this season, it hasn’t mattered. Yet turning the 21 points won from losing positions into 22 wasn’t really enough here. It’s a 1-1 draw that represents two more points dropped for United, who have now won just two of their last seven games with points dropped against the bottom two and Arsenal in that run as they become the latest team this season to wilt having hit the front. If Manchester City are going to do the same to get anyone else interested again, it’s going to have to be soon.

But back to today. Harry Maguire and Victor Lindelof’s positioning was suspect even before Diagne – in Gary Neville’s memorable phrase – “mauled Lindelof” to head the ball past David de Gea was typical of United all season. The response was typical of United in the last few weeks. It really wasn’t great. Giving it to Bruno has worked very well but he’s looking very tired indeed now and United need something else.

So good is Fernandes that even when as anonymous and exhausted as he was today, he still gets his goal and still gets United a point. It could have been even worse. The technique for his equaliser was great, even if it ultimately became the second-best shinner Manchester United have scored in Premier League history.

It was also no surprise – and in its own way damning – that it came from a Maguire foray down the left. For most of the first half and pretty often in the second, Maguire looked United’s best attacking outlet with those oddly disconcerting yet weirdly effective forward runs down the left that all England fans will recognise with great fondness from the last World Cup.

He initially won United a penalty in the second half before it was overturned on VAR. That in itself was a bit of a weird one, with the foul a marginal call but the fact Maguire was offside clear cut without drawing any lines, partly due to nature’s offside line – the penalty area – helping us out. Yet VAR appeared to overlook the clear offside altogether to focus instead on the much more dubious business of overturning Craig Pawson’s on-field decision. It would have been a soft one, and Maguire undoubtedly made the most of it, yet there was contact on both shoulder and leg from the defender. Clear and obvious? Still, we got the right result in the end, even though giving the penalty having ignored the offside would’ve provided us at least two days’ worth of easy Penandes Mailbox content.

United, though, did not get the right result, and it could easily have been worse. United, having sleepwalked through the first 35 minutes of the game with not even the Baggies’ early opener rousing them from their slumbers, were better in the second half.

But it would be wrong to pitch this as one-way traffic and West Brom hanging on. They did a huge amount of defending, for sure, but Sam Johnstone was required to make only two significant second-half saves. The first with his feet to deny Mason Greenwood, still short of confidence, and the second in the game’s last action as Maguire, very much the game’s central figure for good and ill, saw his top-corner-bound header clawed on to the post.

West Brom, though, could just as easily have won it. Diagne muscled Maguire off the ball as easily as he had dealt with Lindelof in the first half before seeing a shot saved by De Gea. VAR may well have ruled that one out, but it would not have intervened had he steered a late chance under the crossbar rather than over it.

It is unlikely that this point or the encouragement and promise of Diagne’s first start will prove enough to save West Brom, but this was hugely encouraging nevertheless. The bleak passivity of last week’s defeat at Spurs – a team who absolutely do not merit that kind of cap-doffing respect right now – was gone. For all United were nominally on the front foot for the most part, neither Maguire nor Lindelof will look back on this as one of their easier afternoons of Premier League action.

The challenge for West Brom now is to turn this sort of hard-working, total-commitment point against the elite into something more tangible against the rest.

Because it doesn’t actually take 20:20 hindsight to have seen this result coming even in a game that pitted the worst home record in the division against the best on the road. West Brom have already taken points off Man City and Liverpool, United had already started coming up short when giving inferior opposition a goal headstart.

While United must try and salvage the wreckage of their title challenge in a run that includes three of the top six in their next four, West Brom need to stop taking the odd draw off good sides and start beating other ones; Burnley, Brighton, Newcastle and Palace are their next four.

Both teams may find their goals out of reach at the end of that lot. And we shouldn’t be surprised.