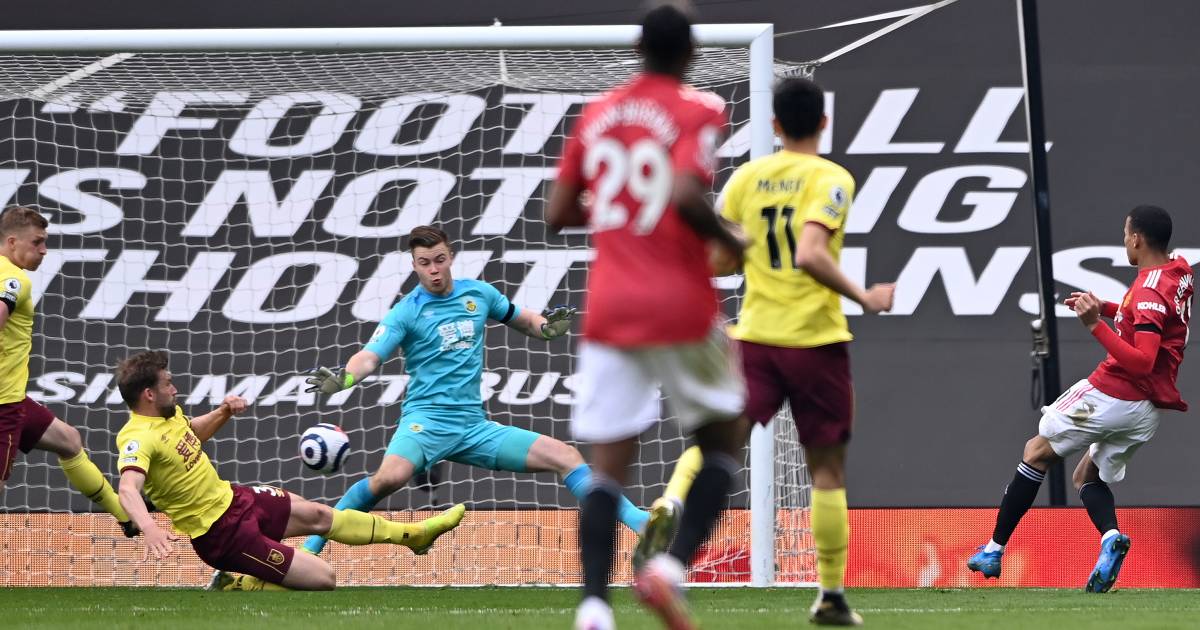 There was a moment towards the end of another soporific Manchester United first-half performance that really captured the mood of the afternoon.

It wasn’t anything that happened on the pitch – very little did, really, for 45 minutes and 46 seconds after a narrowly offside Chris Wood appeared to have given Burnley a shock early lead – it was in the Sky Sports commentary box where an incensed Gary Neville announced he couldn’t really concentrate on the game unfolding in front of him because of the gigantic Super League elephant in the room.

United toiled and huffed and puffed through the sort of undignified game that will apparently soon be beneath them, eventually turning on the afterburners with two late goals to secure a 3-1 victory that at least avoids adding United failing to beat Burnley to an embarrassing list of scorelines for proposed Super Clubs on the day of their big announcement after Arsenal barely drew with Fulham and, most deliciously of all, Andrea Agnelli’s Juventus were beaten by the upstart Atalanta side that so thoroughly boils his pureblood piss.

At least United were able to in the end prove that the black rather than red seat coverings make all the difference, and that of course is heavily related to the Other Thing. The structural inevitability of what is now being suggested has been around for years now, but like other things has been hastened by Covid. The black tarp stretched across the empty seats behind the goal where Mason Greenwood scored twice and Edinson Cavani once carried a simple message, the words of Sir Matt Busby never more infused with irony than they were today: “FOOTBALL IS NOTHING WITHOUT FANS.”

A simple concept, at once seemingly obviously and self-evidently true and yet now not the official position of Busby’s club and at least 11 others.

The last year has once and for all proved that fans aren’t necessary, if you’re a callous, soulless sort who knows the cost of everything and the value of nothing. Elite football has been played in front of empty or near empty stadiums all season and it’s all still carried on. England’s big six clubs (or ‘so-called big six’ as they must legally be referred to due to inconvenient on-field incompetence from certain North London-based members) in particular seem to have lost their entire minds during this year without those awkward fans getting in the way with their noise and their complaining and their opinions.

Reports suggest the big six are frustrated that it’s been six months (six mid-pandemic months) since Project Big Picture was touted and nothing much has been done. They have drifted so dangerously out of touch with reality (perhaps we give too much credit by pretending they ever had any grasp on it) and the fans they purport to represent that even if this latest iteration of the Super League plan fails then the whole thing still has an air of inevitability. The delusion and entitlement and arrogance really is quite something.

The Super League may be cartoonishly evil, but there is a sort of despicable honesty to it. It will make no apology for being what it is. That’s worth considering when UEFA or the Premier League or La Liga insist they represent some ideal of level-playing-field integrity and fair play and represent the fans. I’m old enough to remember when charging fans £15 per Premier League game pay-per-view in the middle of a pandemic was a thing, for instance.

There is a certain grim, Pyrrhic pleasure to take from the game’s big beasts appalled at the idea of money being syphoned off at the top. But really, this is just a deeply depressing day. We’re huge fans of Mason Greenwood, but don’t really care about his two goals today if we’re honest. No offence.

The Premier League’s big six – two of whom currently sit seventh and ninth which might explain their eagerness to get involved while they still can – are apparently about to sign up to something that will take a sledgehammer to the entire structure of football in this country.

There was a slightly absurdist feel to Sky Sports’ post-match analysis. Roy Keane and Micah Richards made their views known, while Gary Neville embarked on an impassioned monologue that will become a classic (“Tottenham I’m not that bothered about” a personal highlight, neatly and unimprovably updating “Lads, it’s Tottenham” for 2021). He repeated his in-game calls for big punishments for the Breakaway Six, up to and including relegations. The League itself has already mentioned expulsion; that’s how serious things are.

Yet there was then 10 minutes spent analysing the goals and action from Old Trafford like this was just another game. That, right there, is the problem. There shouldn’t be any time or energy for praising United’s slick and composed counterattacking play for the game-sealing third goal. Something far more important than Greenwood’s brace or Edinson Cavani’s substitute impact requires our full attention right now.