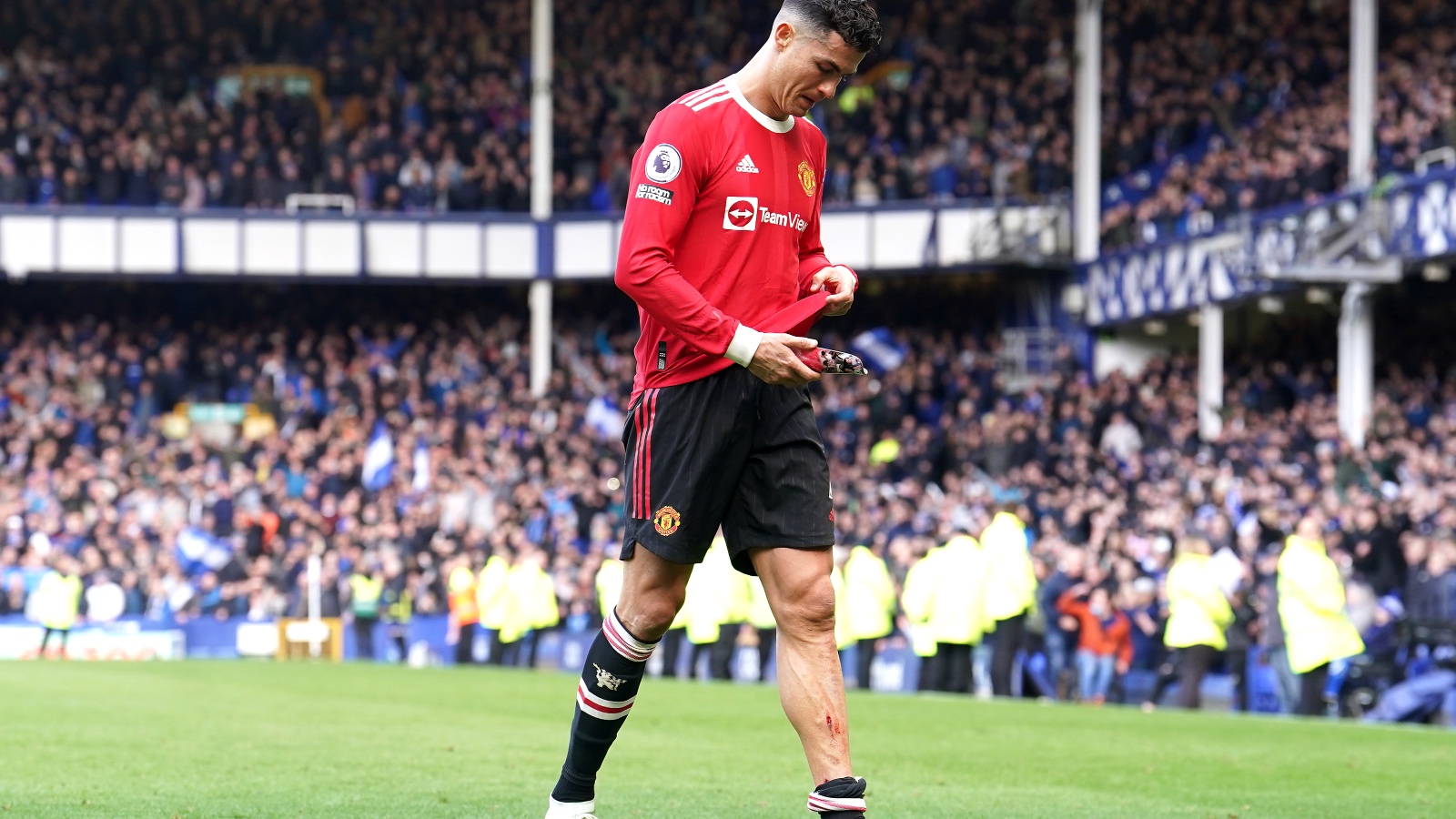 Senior figures at Manchester United are keen for Cristiano Ronaldo to leave the club this summer, according to reports.

Ronaldo, a five-time Ballon d’Or winner, has failed to live up to expectations since his return to Old Trafford, which many supporters hoped would put United in contention for the Premier League title.

Instead, the Red Devils are seventh in the table, six points off fourth-place Tottenham Hotspur with seven games to go. Ronaldo has netted 18 goals in all competitions but has lacked consistency at times, with his all-round performances leaving a lot to be desired.

With Erik ten Hag set to be appointed as United’s next manager, club chiefs have concluded that Ronaldo’s reluctance to press will be problematic in the Dutchman’s high-octane system, meaning he will be ‘encouraged to leave in the summer’, according to MailOnline.

Ronaldo’s display against Everton will have done little to alter this view. He failed to have an impact on the game and his frustration was laid bare at full-time, when he appeared to smash a fan’s phone on the floor.

The mother of the young fan claimed he had been “assaulted” by Ronaldo after the game. She told the Liverpool Echo: “At full-time the Man United players started walking off. We were in the Park End so we were right by the tunnel where they came walking past – my son was there videoing them all.

“Ronaldo then just walked past, with a terrible, terrible temper and smashed the phone out of my son’s hand and carried on walking.

“I was crying, I was shook up, Jacob was in complete shock – he’s autistic and he’s got dyspraxia as well, so he didn’t really digest what was happening until he’s come home now.

“He’s an autistic boy and he’s been assaulted by a football player, that’s how I see it as a mum.”