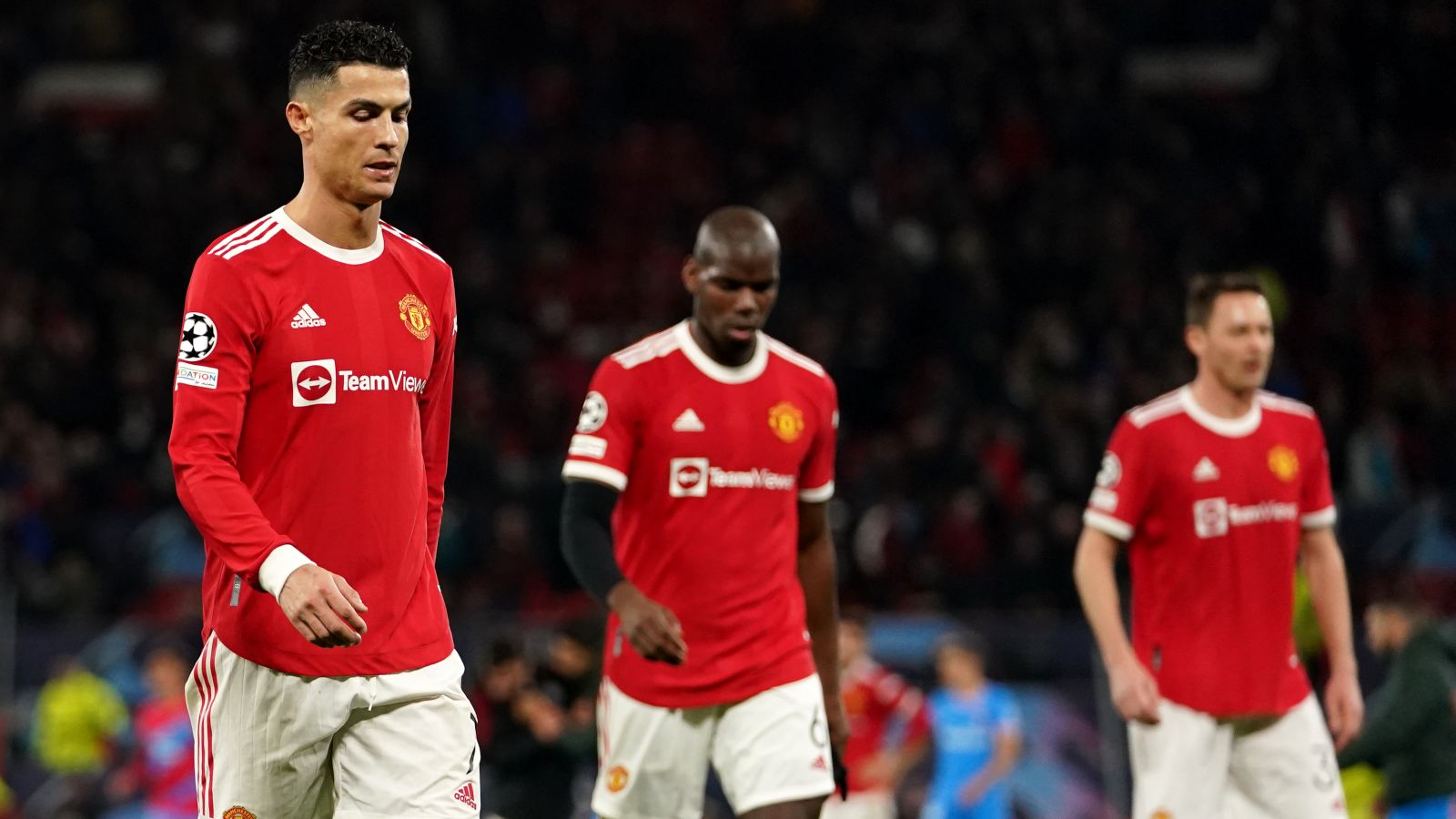 Manchester United lost and that is brilliant for the media. And yes, that includes us.

You might think United winning is good for football media and you’d be right, but United losing and going out of a prestigious tournament, man, that’s the honey pot, that’s the motherlode. A win is celebrated and then it’s on to the next game, but a loss like this and there are days and days of former players shaking their heads slowly and coming up with random reasons why the players failed, why the manager failed, who the manager should be, who the manager shouldn’t be and why isn’t now like 25 years ago when our guests were young and life was better.

The United content-generating machine must prefer a loss to a win. It’s like a waterfall of blart, on and on it goes, and before you know it, they’ve rung up Clayton Blackmore to ask him why it has all turned to shit, but he doesn’t know. So, it’s on to 75-year-old Ted MacDougall to tell us how hard it is to play for United, or it would be if anyone in production had heard of Ted MacDougall. Gary Birtles is on the line…hello Gary, what do you make of the latest humiliating loss…Gary…no, we seem to have lost Gary there, thank goodness we’ve got Ben Thornley in the studio.

But no-one knows anything. The reasons Manchester United are not brilliant but not really rubbish either, is like some great Buddhist riddle – unknowable no matter how much you ponder upon it. A football mandala that you can stare at to lose your ego and rid yourself of the self-consciousness of existence.

There’s Paul Scholes telling us that the players are not frightened of the manager, Rio, in full this-is-very-serious mode telling us that if they signed Mbappe and Haaland they would still not win anything. And there’s lovely Owen Hargreaves looking all tousled, with his thin ankles. But it doesn’t matter. They’ve said all of this before, many, many times for the thick end of 10 years now.

Scholes, set in his familiar Eeyorish mode of only being happy when he’s sad, seems to relish the loss and it’s hard not to think that all these former United players love United falling short because it makes them all seem a little bit better every time. The presenter is there to fellate their egos, to say it wouldn’t have happened in your days would it, and everyone will nod sagely at such wisdom, no it would not, it would not because we’re better than them.

And now here come the tabloid journalists deploying all the usual hits. There are no leaders, no-one is shouting, they’re all too rich, no-one cares, no-one’s scared of the boss, the boss is a foreign, the boss wear glasses, the boss is called Ralf, like Ralph Malph from Happy Days and he was stupid so this guy must be too. Yes, there’s nothing like an out-dated cultural reference to colour a piece; I should know. Where’s Red Adair when you need him? And have you seen their haircuts? Dear God. These players are not fit to lick Luke Chadwick’s boots.

Should Diego Simeone be their next manager? We’ve got rolling news of the odds on who will be next in the United hot seat. OK, it’s not news, it’s just a list, but let’s look at that list for the next 15 minutes with the help of Jesper Olsen and United legend Ian Ure.

Then there’s the expensive think-pieces by clever people who break down all the stats and analyse all the play, looking for the underlying matrix to United’s decline and come up with the revolutionary notion that it is because they can’t defend very well because Harry Maguire’s expected leg speed number (xLS) is 0.06 which is 13% below average for a man with a big forehead. And we purr and rub our thighs. Tell us more oh great wise one. Tell us more about why United are rubbish. And they do. They never stop.

Because we’re not done yet, we’ve got weeks of Cristiano Ronaldo debate to come yet. Don’t switch off, don’t turn the page. Did they need him? Where would they be without him? Is he too slow? Is he thinking too fast? Should he be in the middle doing nothing or outside doing something? Quick, run a poll, who’s the GOAT that is now most rubbish, him or Messi? Look at all those clicks from the idiot public.

And here come the phone-ins featuring some people who appear to have never spoken out loud before, or who have just fallen off a roof onto their head, desperately trying to string a sentence together on a phone line that sounds like it is coming from one of Titan’s deepest oceans. Who can resist that?

The pain and joy of United’s loss will be covered in detail here, there and everywhere. No sense will emerge. Everyone will make some money and everyone will pretend this is a very serious matter. It isn’t. It’s just football. And it’s all just entertainment.