Home Manchester United Does the end justify the miserable means? 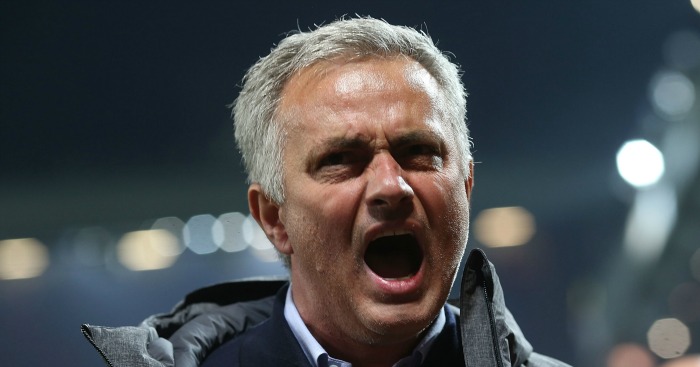 “There’ve been a lot of positive things to take from this season: the consistency of the team, the general performance.”

You can imagine the interviewer leaning forward and waiting for Michael Carrick to continue his list of positive things to take from Manchester United’s season. But that was indeed that. The midfielder is not the most effusive of men, so it was far beyond him to pretend that this United had produced much that was thrilling, entertaining or, well, fun. Consistency is not fun unless you are consistently fun; United have been far from that.

For the first ten minutes at Old Trafford on Thursday night, nobody was enjoying themselves, with the possible exception of Iago Aspas. United were nervy and sloppy, with Daley Blind’s panic spreading around the stadium until every player and every supporter was infected. And then this happened…

Paul Pogba with some incredible skills in the middle of the park for Man Utd.

…and it was like United collectively remembered that they were far, far better than the opposition.

United started playing like they were 1-0 up and rightfully the clear favourites to advance rather than nervous chancers who had somehow fluked a lead and were hanging on in desperation. After finally carving out some decent possession, a breathtaking moment of brilliance from Marcus Rashford gave Marouane Fellaini a chance to do what comes naturally with that huge bonce.

Then we were treated to 15 minutes of fun. Of Henrikh Mkhitaryan flitting and fizzing. Of Jesse Lingard teasing and toying. Of Pogba drifting and driving. Old Trafford broke out in song and there were even a few tentative ‘oles’; this could yet be an enjoyable evening.

But as quickly as that joyousness appeared, it disappeared once again, and Old Trafford was infused with the kind of tension that feels inevitable when you decorate a stadium with a big arrow and a sign saying ‘Biggest Game Ever’. If you put dozens of eggs in one basket, don’t be surprised if nobody wants to carry that basket. United reverted to sloppy, nervous play and retreated closer and closer to their own goal. The belief, nay the knowledge, that they are a better side than Celta Vigo had dissipated in a noise that was more Galician than Mancunian.

Rashford was the notable exception, giving United fans fleeting moments of delight and hope amongst the anxiety. He belongs on that truncated list of positives from Carrick; for some he should be top, middle and bottom of any such list.

Imagine being 19 and being the best thing about Manchester United

In the end they collapsed over the line, thankful for a late miss from John Guidetti. They were dreadful, their astounding ability to sink below the level of the opposition a trait that must somehow be remedied this summer. And now it feels like a false memory that for 15 minutes, they played like they might just be one of the best teams in Europe that has somehow found itself in the wrong competition.

Winning matters. Trophies matter. But squeaking past a mid-table Spanish side to claim a place in the final of Europe’s ugly step-sister of a competition has to be the beginning of something better, not as good as it gets. There was a time when Manchester United fans would be embarrassed to celebrate this level of success, attained with that level of performance. Right now, the post-match celebration is the only fun on offer.