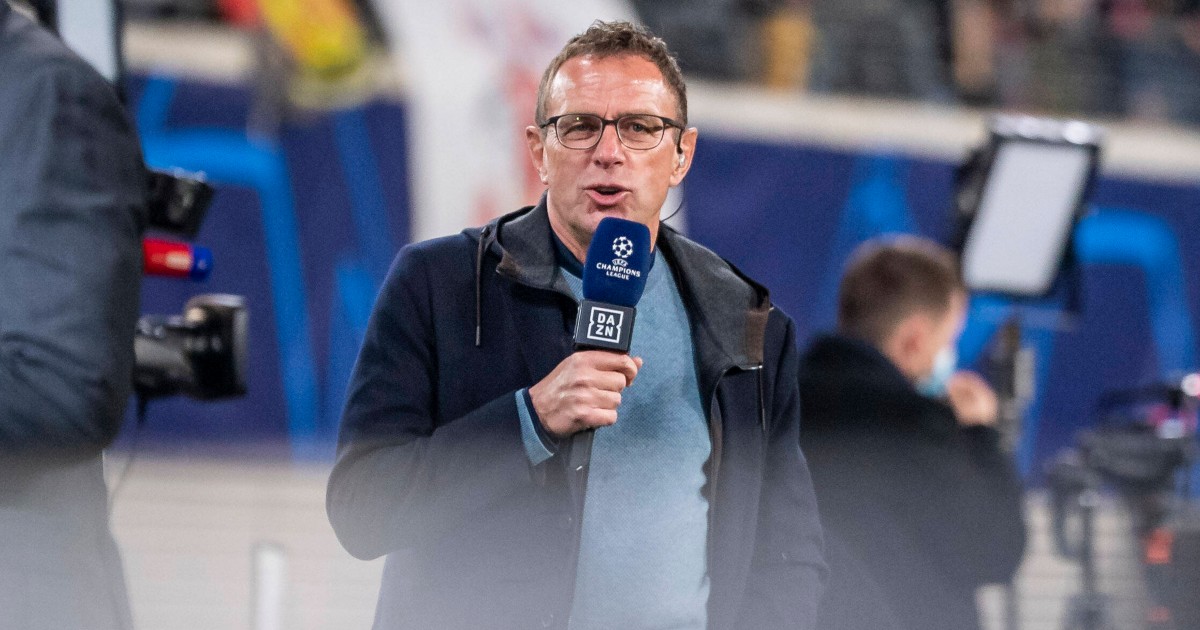 The latest leak from Manchester United suggests some players are unhappy with Ralf Rangnick setting them ‘homework’.

Rangnick has faced some resistance since his appointment as interim replacement for Ole Gunnar Solskjaer in November.

The German has made a number of changes at Old Trafford that have not proven universally popular, including moving training sessions to later in the day.

His nascent reign has been interspersed with numerous stories from inside the club, such as the claim that up to 17 players were considering their futures, as well as how some teammates are frustrated with Cristiano Ronaldo.

Man United manager candidate ruled out for being ‘too weak’

Rangnick’s matter-of-fact way of dealing with situations has also attracted criticism from the camp of Jadon Sancho.

But his biggest crime by far since being appointed is to try and help players improve on the sort of performances that have seen them fall to seventh in the Premier League table.

Rangnick failed in his attempt to bring video analyst Lars Kornetka with him to England but did appoint Ewan Sharp to a similar role in December.

Manchester United have since moved to a more scientific and methodical approach, sending individual players specific clips of their performances in training and during games, including guidance as to where they can improve.

This ‘heavy emphasis’ on video analysis has once more divided the squad, with the Daily Mirror quoting a source as saying: “Some of the players have accepted it, but others are less than impressed.”

There is said to be ‘dismay among some United players‘ at being given extra work which impinges on their home lives.

“This involves hours and hours of video footage to watch as homework,” the source adds in a story that literally points out the process ‘can take up to two hours’.

“It’s based on their own performances, but includes advice on how to improve.”

Comparisons have been drawn between Rangnick’s video-focused approach and that of Louis van Gaal, who ‘enraged’ the squad by having clips compiled of their mistakes and sending them to each player individually.

That led to many either deleting the e-mails or simply not opening them, which Van Gaal responded to by having a tracker installed to monitor who read the messages and for how long.

The Dutchman, who was Manchester United manager from summer 2014 to his sacking two years later, discussed the situation in 2018 and claimed it “testifies to their lack of professionalism”.