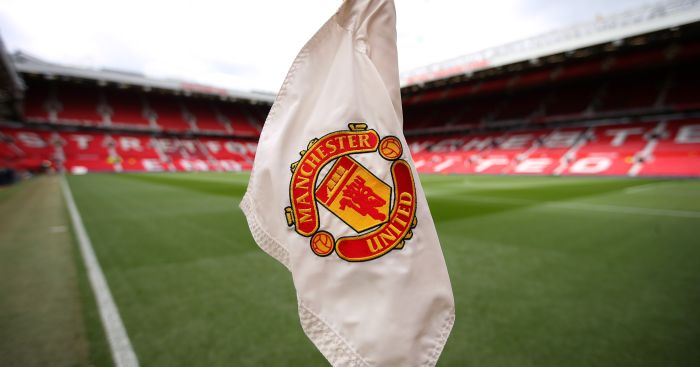 There are those who still don’t understand the moral outcry that Manchester United have been the only one of English football’s giants not to already have a women’s side playing in the Women’s Super League. To them, United have no obligation to have a women’s side, and castigating them for never having had one is just another stick with which to beat the most reviled side of the last 30 years.

The problem with this argument is that it plays into the idea that a football club should be nothing more than a commercial entity making decisions on the basis of good business alone. We are rightly suspicious of this approach in the men’s game, and there are plenty of fan-led organisations, most notably supporters’ trusts and the Football Supporters’ Federation, who have been expressly set up to fight back against the idea that football fans are little more than extremely brand-loyal consumers. Whether that is true or not (and the heartless accountant in me could make a very good case for it) there is an individualistic impulse in all of us that resents being treated as a number in a spreadsheet; some data point in a marketing-led financial model to be targeted and manipulated in order to get us to hand over our money, knowing we are so hopelessly addicted that we will do so even if it is with a bitter scowl.

Fans of all clubs have been stridently protesting this state of affairs – this pursuit of money over soul – since the foundation of the Premier League 26 years ago. We want our clubs to be something more than a business: we want them to be a vital part of its community, providing support to grassroots football and local charities, setting a good example to our kids, and inspiring the people who need it most.

If this is truly what we want from our clubs, then clubs also have an obligation to make their umbrella as wide as they possibly can, so that they can be of benefit to as many people as they can reach. As such, there is no justification for a club to exclude 50% of the population, and no more efficient way for Manchester United to make a difference than to set up a women’s team. From a utilitarian point of view, last week’s announcement that they intend to do just that is unequivocally A Good Thing.

Those who say “well, women follow the men’s team already, so what’s the problem?” deeply misunderstand the power that comes from seeing someone who looks like you doing something professionally and doing it well. If Manchester United were to continue only having a men’s team, it sends an implicit but powerful message to all young United fans that actually playing football is only for boys and men, otherwise they’d have a women’s team, right?

Daughter was delighted to see this assistant referee today "her hair is like mine, can I be a referee? " – pic taken during one of the many injury breaks @TheGarforthTown @WomeninFootball @NCEL . pic.twitter.com/e87UvbxTEL

United need only look across Manchester to find the perfect example of how this can work. City have become one of the leading forces in raising the profile of the women’s game, with their squad of highly-talented internationals reaching two successive Champions League semi-finals. Their successful, attractive football brings crowds in the thousands, and earlier this year, City took the unprecedented step of merging their men’s and women’s Twitter accounts to increase their reach. Once again, in terms of sheer numbers and the overall effect it has on lifting the game, this is A Very Good Thing.

But there is a hazy side to this expansion of the women’s game too. Many fans still hold City in some contempt because of the circumstances around how they gained their seat at the top table to begin with. Their admission to the Women’s Super League from 2014 meant one of the biggest names in the women’s game, Doncaster Belles, were effectively confirmed as relegated to the second tier after just one game of the 2013 summer season, a decision that fellow WSL managers and chairmen described as ‘morally scandalous’. After one disastrous season back in the top flight, the Belles are now once again in the second tier. Having hoped to gain promotion through their performances on the field this season – the first WSL campaign to revert to a winter season, having been played in the summer since its foundation in 2011 – the FA once again announced just days into the new season that all clubs would have to re-apply for their place in a restructured, full-time professional league for 2018-19.

This creates issues because the depth of each side’s relationship to their nominal male side varies enormously between clubs. Some, like City, Arsenal, and Chelsea, are fully entrenched, sharing training facilities and receiving funding from the men’s club, but for many, the relationship goes as far as sharing a name and a kit.

With crowds in the hundreds, self-sufficiency is a challenge for sides like Doncaster or Yeovil, currently bottom and winless in WSL1 having had their plans for the future thrown off by the restructuring. This creates a huge barrier to entry for some of the more traditional names in the game: Yeovil announced that they would need to raise £350,000 if they wished to remain in the top flight, while WSL2’s unbeaten leaders Doncaster opted to apply only for a second-tier place, fearing that entering the top flight would over-stretch finances and put the future of the club at risk, as had happened to the now-defunct Notts County (formerly Lincoln Ladies), who folded last year.

For sentimentalists and, more pressingly, the fans of these smaller but historic clubs, this inevitably leads to mixed feelings. The continuing expansion of the women’s game, and the belated ambition the FA are showing to put something long-lasting and fully-professional in place, will be of greater benefit to much larger numbers of people, not least those actively involved in the game: the players and coaches.

It’s just a shame that the women’s game is still not at a mature enough stage in its development to require these structural changes, and that the established teams who have struggled so long for relevance may end up squeezed out as the overwhelming might of the marketing machine behind the large men’s club holds increasing sway. I think of people like Sheila Edmunds, the General Manager of the Belles, who has been with the club without pause since helping found it in 1969. Next year is her 50th year at the club. That the tireless dedication of people like her may nonetheless mean her club fades into irrelevance as the game goes through this belated boom period is heart-breaking.

That women’s football still faces these issues speaks volumes of the harm that was done by effectively banning the game half a century. On Boxing Day 1920, a game between Dick Kerr’s Ladies and St Helens Ladies attracted over 53,000 fans to Goodison Park, with thousands more clamouring to get in to the packed-out stadium. Less than a year later, women were banned from playing on league grounds, effectively outlawing the women’s game. It took 50 years for that to be lifted, by which points those crowds were long gone, possibly never to return.

The continued precariousness of practically every women’s clubs’ future is just a small part of the harmful legacy of those decades of chauvinist dominance. That there will be casualties along the way as the newly-professional league takes shape seems like an inevitable part of growing the game, and on a macro level women’s football should hopefully be much better off for it in 10, 20 or 30 years; but that doesn’t make it any less tragic for those who may not be able to keep up as money provides an increasingly greater barrier to entry. It only serves as a painful reminder of the terrible mistreatment administered by the authorities of previous generations.

Most of all, it underlines exactly why the larger men’s clubs like Manchester United, and most especially the FA, owe it to the women of England to put their hands into their pockets and make this work.