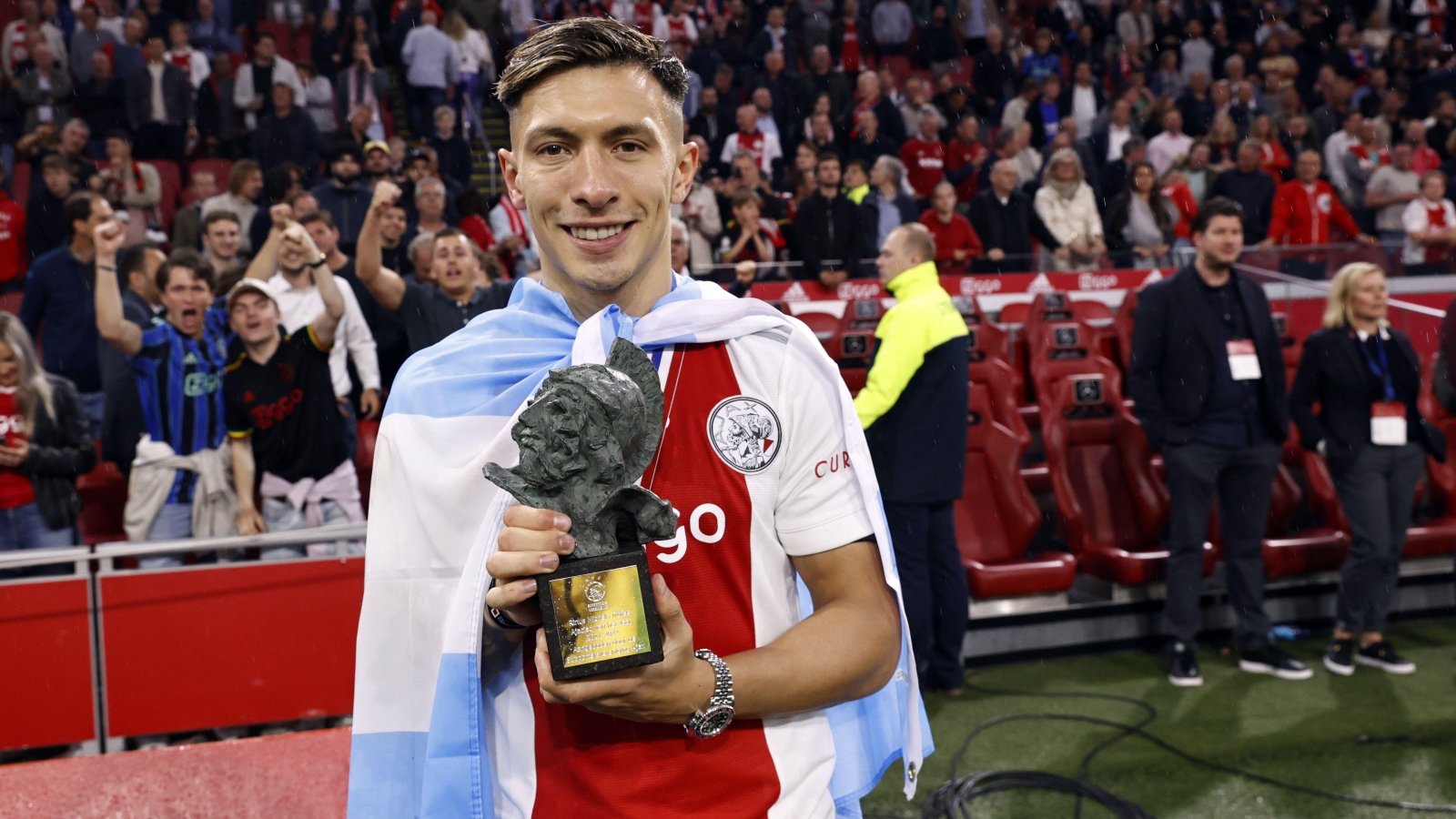 Manchester United are in ‘advanced negotiations’ with Ajax over a deal to sign Arsenal target Lisandro Martinez, according to reports.

The Argentine has been in the Dutch capital since joining from Defensa for around £6m in 2019.

He penned a new contract last October and his current deal expires in 2025.

The 24-year-old has attracted interest from Manchester United and Arsenal after a superb 2021/22 campaign in which he was named the club’s player of the year.

The Gunners have already lodged two bids but it is believed Ajax are holding out for €50m.

Speaking this week De Telegraaf journalist Marcel van der Kraan said there will be “big developments in the 24 or 48 hours”.

“Martinez is very high on Erik ten Hag’s wishlist, so I expect big developments in the 24 or 48 hours,” he said. “Martinez will also have his hopes pinned on United, who are an absolute top club for him.

“Ajax will really cash out for Martinez and go to €45-50m (£39-43m), but that is the advantage if two clubs bid, as we saw with Lyon and Manchester United, then it suddenly goes higher.”

🗞 Sources in Holland say #mufc are expected to make a major push for Lisandro Martínez over the weekend and that the pull of Erik ten Hag would sway any bidding war. [Simon Jones, Mail]

And now David Ornstein has claimed that United ‘have established themselves as favourites’ to land Martinez.

Erik ten Hag – who left Ajax at the end of last season – is believed to be very keen on a reunion with the Argentina international.

Martinez can operate as a defensive midfielder, left-back or centre-half and has made 118 appearances for the Dutch champions.

Meanwhile, the Red Devils are close to confirming their first summer signing after agreeing personal terms with Feyenoord’s Tyrell Malacia, according to Fabrizio Romano.

The 22-year-old left-back made 50 appearances across all competitions last term as Feyenoord reached the final of the Europa Conference League.

Romano shared on Twitter: “Tyrell Malacia to Manchester United, here we go! Agreement reached on personal terms, waiting to sign the contracts soon for €15m plus €2m add-ons to Feyenoord. Malacia will be first signing of ten Hag era.