Home Johnny Nic Will Manchester United fans continue to drink from the pot the Glazers p*** in? 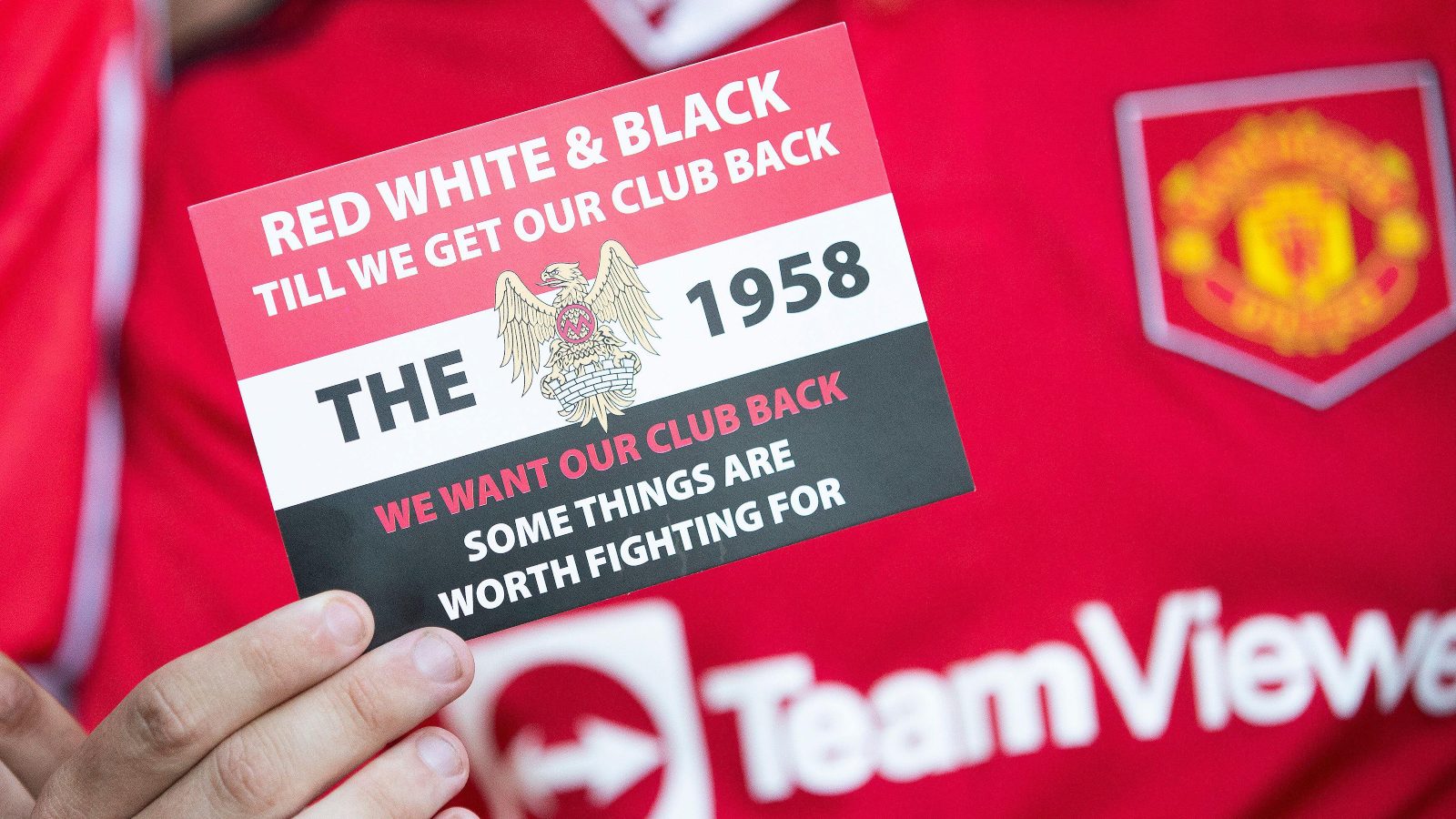 That’s what Manchester United need to do.

It is the only way to muck out the stables and start again from scratch. There isn’t a single player in that first team that should be
excused from the cull. They’re a rag-bag of poorly assembled footballers. Some are just nowhere near good enough, some have been good but no longer are and others have talent but are so devoid of confidence and surrounded by so much rottenness that they have been dragged down into the boondocks with the rest of the rubbish.

So clear them all out. Pay out the contracts of those you can’t sell, cancel the contracts of those who won’t go and let the lawyers sort it out. When all the income and expenditure is added up it won’t be any more wasteful than their current regime which has thrown away a billion pounds on the team and continues to pay the current crop of underperformers over £200 million in wages every year.

Just get rid of all these expensively acquired assets. Yes, you’ll lose money on them but you’ve wasted and lost money on players for years now. Everyone knows it is massively needed because right now nothing works, the pieces of the jigsaw don’t just fit together, they are all from a different puzzle. Fans would love it. Go on, all of you. Out!

But this alone will not reboot Manchester United. They also need to get rid of the backroom staff, every single executive and, of course, defenestrate the ghastly owners. And while they are at it, they might as well burn down the crumbling edifice that is Old Trafford as well, reduce it to smouldering ashes, let the flames purify the ground and build a pure new stadium for a pure new era.

…Okay, okay, you can wake up now. That’s just a cheese dream.

But the fact is, this isn’t something that can be addressed just by buying a couple of players, they’ve tried that time and again, spent
fortunes doing so. A wholesale revolution is needed to correct all the problems that have become endemic over the last 10 years, probably longer. It turns out that Jose Mourinho wasn’t bullshitting in saying finishing second with Manchester United was one of the best achievements of his career. This team looks more like relegation fodder than title challengers.

But even a substantial clearout of playing staff, which is very, very badly needed, will be no good if the same people are in charge, because the same sins will be just replayed over and over again. It suits them. They’re growing ever richer from every chapter in this sorry tale.

So you need to get rid of the Glazers and their over-promoted, over-paid minions. But how? You know how.

The only way to force change is to stop going. I know all the arguments that are presented as to why this isn’t possible. But it is 100% possible, so stop telling yourself it isn’t. Don’t give me your sob stories about how your dad inculcated you supporting United, blah blah blah. You can still support the club, but not go. Millions do.

You will be letting no-one down by not going. No-one. The owners rely on your emotional attachment, so in reality, all of this is your fault if you won’t do anything. So stop making excuses and do something more constructive than moaning or frothing at the mouth on 606.

But you won’t. Or at least not enough of you won’t. The owners know you won’t, even though they’re taking the piss out of you. Even though they’re draining money out of the club and loading debt onto the club. You still keep pumping your money in, so obviously they think you’re all either happy with how things are or are all idiots. Why wouldn’t they? They know you’ll never take a stand, never boycott the club, never do anything of consequence, expect a few little demonstrations, so they’re laughing at you. You seem very small and irrelevant to them precisely because you’re still drinking out of the water they’re pissing into.

But the truth is, all you’ll be missing is more humiliating defeats. You never had less to lose by quitting the club for a couple of months. It won’t take long. An empty Old Trafford is more powerful than any words. They’ll sell up as soon the income flow dries up. Don’t return until you’ve got new owners, as long as the new owners are not Glazer replicants, outriders for oppressive regimes, dodgy billionaires, or Saudi killers.

Because without significant action, nothing will change. The same cycles will continue. If they finish in 15th this season and don’t bet against it, the club will just spend loads of money on players that are at best inconsistent and at worst awful in order to crawl back up to European places and finish 35 points behind the winners again. Is that what you want? There is absolutely no reason for any other outcome.

Imagine a future where all the useless players have been purged, a future where a new manager creates a new squad of players built with a new identity, to play to a set system and new, intelligent owners who don’t leech money out of the club and don’t run the business like it’s their own personal cash machine. That sounds like a club worth your money, a club worth your support, doesn’t it? So fight for it.

It’s your club and not theirs. So are you just going to be passive suckers, getting milked by the Glazers like a bovine herd, hoping for a future which will never come, or are you going to actually do something to force change through well-organised collective action?