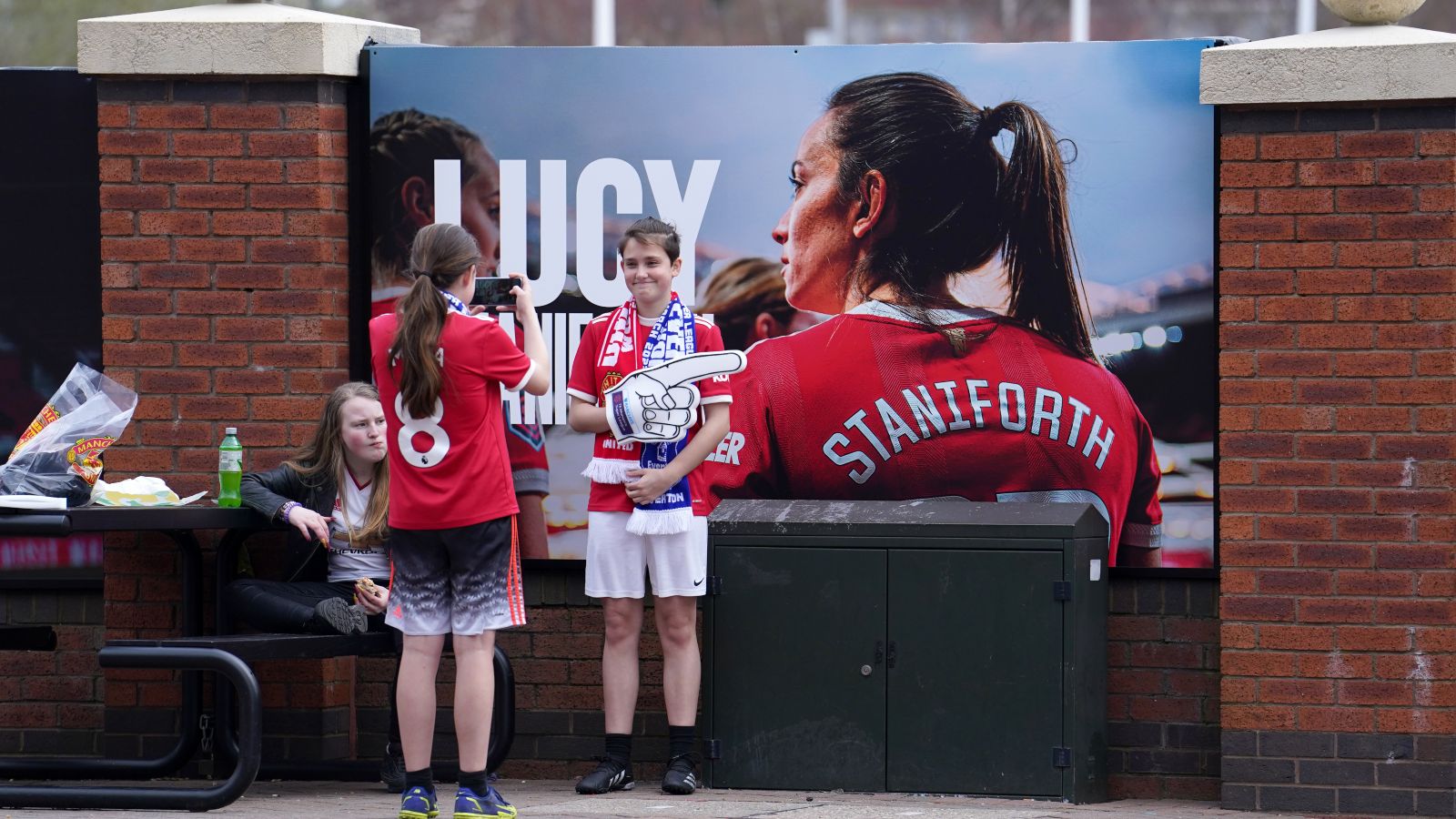 Manchester United and women’s football has not always been the happiest of marriages.

The Red Devils famously disbanded their women’s team in 2005 – the very same month that the 2005 Women’s European Championships had kicked off in Manchester – in order to focus on their youth set-up. What they envisioned their youth team doing when they became adults is as yet unknown. Grow out of it because it’s just a phase?

The team reformed in 2018, and on the surface everything appeared fine. United secured promotion at the first time of asking and slotted in seamlessly to life in the WSL. But manager Casey Stoney quit in May 2021, with complaints over training facilities contributing to her decision to step down, suggesting the club were still not committing to the women’s team as forcefully as they could be.

And yet despite previous false starts and under-investment, United put on a spectacle to savour for the women’s team’s first Old Trafford outing in front of fans against Everton on Sunday; from the stadium decor to the 2021/22 WSL season record crowd, it was impressive. The club got everything right and the team turned in a performance befitting of the occasion.

A lack of advertising has been a common criticism thrown at women’s teams ahead of potentially high-profile matches in big venues, but with pictures of female United players decking the Old Trafford exterior during the week’s build-up to the fixture, this game was almost impossible to miss.

Even the choice of fixture was shrewd. The first time both Tottenham and West Ham hosted WSL matches in their men’s teams’ stadiums, they lost, putting a dampener on the occasion.

Spurs used the lure of the north London derby when they played at the Tottenham Hotspur Stadium for the first time in 2019. Attendance-wise it proved successful, attracting a crowd of 38,262 – a figure which remains a WSL record. But Arsenal unsurprisingly ran out 2-0 winners, meaning the day largely belonged to the Gunners despite it being on Spurs’ turf.

Although partly aided by the fact the fixture fell during the men’s international break, Manchester United picking their clash with struggling Everton for their Old Trafford debut in front of fans was a smart move.

While a blockbuster clash against rivals Manchester City may have attracted more supporters, this would come with a greater risk of defeat and post-match deflation. The 3-1 comeback victory over Everton – with childhood Manchester United fans Alessia Russo and Katie Zelem netting at the Stretford End – added to the euphoric, party atmosphere at Old Trafford.

Despite the illustrious setting, supporters still enjoyed the traditional women’s football treatment at full-time, with players staying behind for pictures and autographs.

Persuading a percentage of the 20,000 supporters who attended the Old Trafford showpiece to get down to a fixture in Leigh is the next step for Manchester United. The manner in which they went about things for the Everton clash has given them the best possible chance of turning the first-timers into repeat attenders.