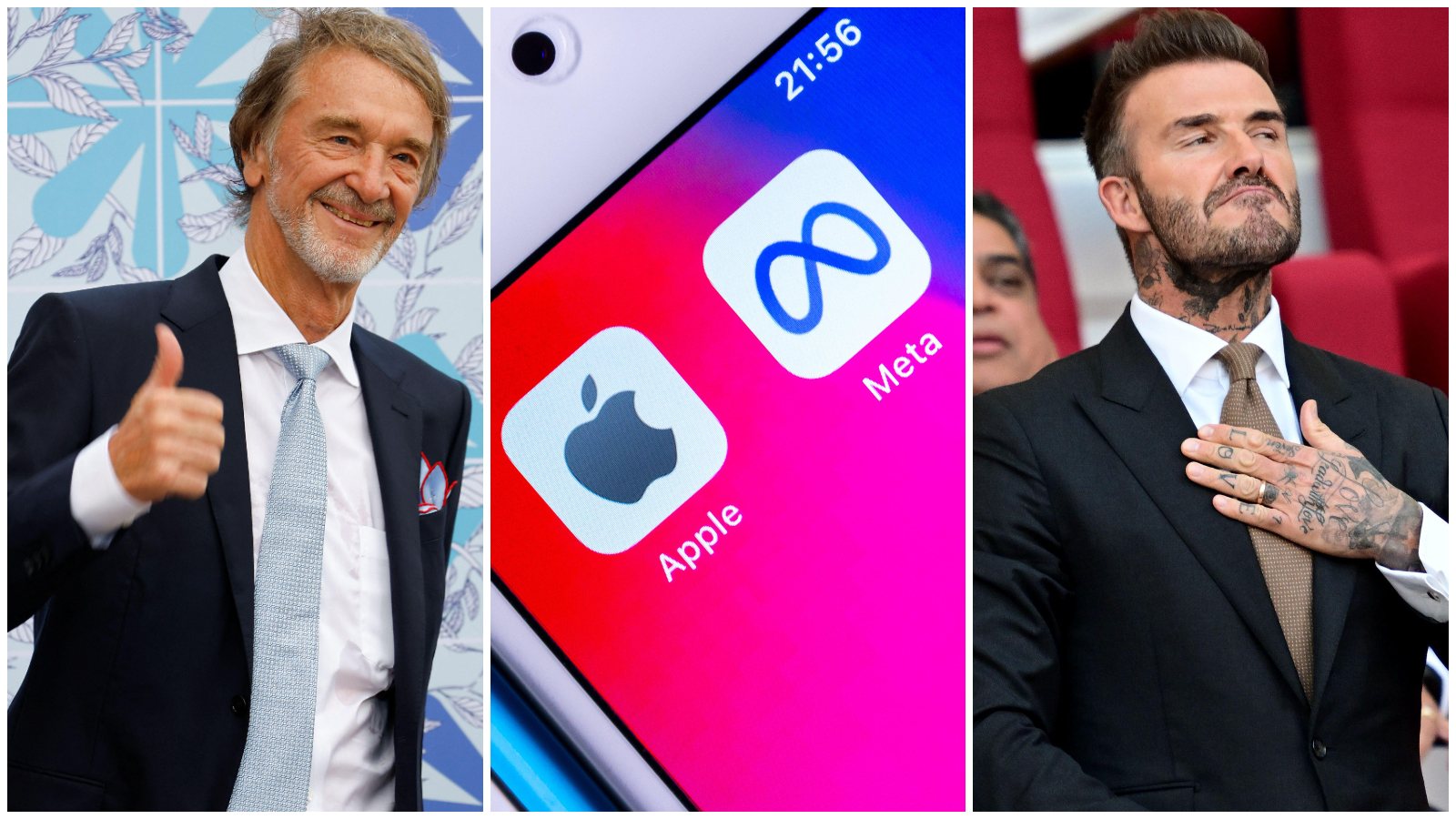 Ever since the Glazers signalled their willingness to sell Manchester United, a number of parties have emerged as potential bidders. A wealthy individual? A consortium? A multinational company? An oil state? These are the parties to have been linked with buying the Red Devils…

Sir Jim Ratcliffe
The Ineos owner, Britain’s richest man, has previously stated his desire to buy United but backed off when the Glazers insisted they weren’t selling. Now they are, United fan Ratcliffe remains interested, having apparently turned his nose up at the opportunity to buy Liverpool. The Independent, though, says the 70-year-old is seeking to do a deal for under £5billion, when the Glazers want at least £6billion. Ratcliffe already owns Ligue 1 side Nice but there are doubts over whether the Mancunian can afford to buy the club on his own since The Sunday Times valued his wealth at just £6.075billion.

Apple
The Daily Star reckons tech giants Apple are interested in buying United for £5.8million. Apparently, CEO Tim Cook is ‘keen to explore the opportunities owning United could provide’. United would become the richest club in the world with Apple’s net worth estimated at around £2trillion, though sales at their Liverpool store might take a hit. The windows too…

Amancio Ortega
Forbes ranks Ortega, the chief of the Inditex group that owns Zara, as the 19th-richest person in the world. The 86-year-old Spaniard is apparently worth £61.3billion and the Manchester Evening News says he has informed senior executives of his interest in buying the club. Ortega has no sporting investments in his portfolio, with real estate said to be the primary source of his wealth.

Red Knights
A consortium led by former Goldman Sachs boss and United fan, Lord Jim Neill, tried to tempt the Glazers into selling the club for £1.25billion 12 years ago but were ultimately unsuccessful. The Manchester Evening News has spoken to O’Neill, who said he would be interested in getting the band back together. But not unless the Glazers reduce their current demands. When asked about a possible price of £5billion, O Neill said: “I don’t think that’s realistic, especially as the few smart people that might be vaguely capable of putting those kinds of sums together can see the same information the Glazers can see.”

Dubai International Capital
Abu Dhabi has Manchester City; the Saudis have Newcastle; and Qatar owns PSG. Everyone is now waiting for Dubai to find its plaything and United is reportedly of interest. DIC, the investment arm of Dubai’s sovereign wealth fund, has around £13billion of assets and claims to have ‘almost’ bought Liverpool in 2007.

Saudi investors
Perhaps we shouldn’t rule out interest from Saudi Arabia, just because the PIF have bought Newcastle. The Saudi sports minister told the BBC: “From the private sector, I can’t speak on their behalf, but there is a lot of interest and appetite and there’s a lot of passion about football.It’s the most-watched league in Saudi and the region and you have a lot of fans of the Premier League. We will definitely support it if any [Saudi] private sector comes in, because we know that’s going to reflect positively on sports within the kingdom.”

Mukesh Ambani
India’s richest man is mentioned by the Daily Mail as a possible suitor, seemingly on the basis that his Scrooge McDuck pit contains around £76billion. The founder of Reliance Industries, and owner of IPL team Mumbai Indians, has been linked with a bid for Liverpool but his spokesperson denied he was interested.

Facebook, Amazon
The Tech giants are ‘credible’ and ‘serious’ bidders for United, according the Daily Mail. Both companies have invested heavily in sports previously, though buying a team or franchise, especially the most expensive one in the world, is a different prospect entirely. Seems… unlikely.

David Beckham
Fresh from trashing his reputation as a gay icon with his ambassadorship of Qatar, Beckham is being linked with a possible bid for the club. The former United midfielder has a few quid in the bank but he can’t pull it off on his own. The FT says Becks is ‘open to holding talks with potential bidders’, including Ratcliffe, or perhaps the pair below. Rio Ferdinand spoke to Beckham at the England game against USA and the former defender reckons his ex-team-mate will team up with parties with much greater resources: “When you mention someone like Becks’ name, he’s obviously a part-owner of Inter Miami, but he doesn’t come (alone). It’s not his money. It’s not him in terms of putting his hand in his pocket. He comes with a consortium. He comes with people who have the deep pockets who have the ability to go and execute on a deal like that. So that’s the way he’ll be approaching it, and rightly so.”

Stephen Pagliuca and Larry Tanenbaum
The FT suggest the pair who made the shortlist to buy Chelsea before Todd Boehly secured a deal as potential bidders for United. Pagliuca is a private equity billionaire and co-owner of the Boston Celtics, while Tanenbaum is the chair of the NBA.

Ed Woodward
United’s former executive vice-chairman won’t be fronting an offer himself but the Daily Mail reckons he could play a vital role in advising potential buyers. Apparently, Woodward ‘has been approached by groups aiming to buy the club’. And United fans thought they were rid of him…

Read more: Glazers out? Manchester United fans right to be giddy but there are no benevolent billionaires