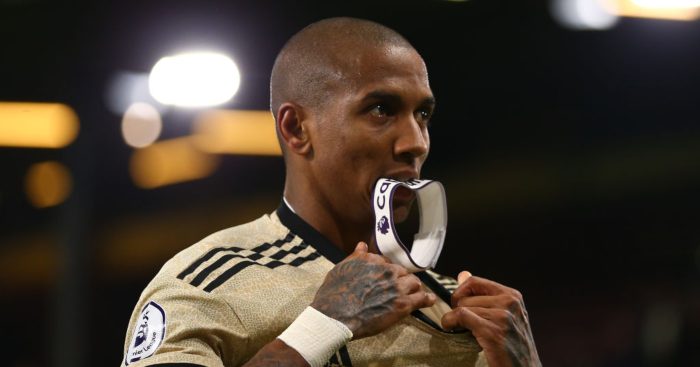 Ashley Young is on the verge of joining Inter Milan after Manchester United agreed a 1.5 million euros (£1.3m) fee with the Serie A club.

The deal for the 34-year-old England international is subject to a medical, scheduled to take place in Milan on Friday, and the agreement of personal terms.

The United club captain was out of contract in the summer, but Inter boss Antonio Conte was keen to tie up the deal during this month’s transfer window.

Young has made 18 appearances for United this season, scoring once against AZ Alkmaar in the Europa League.

But the versatile defender has not featured since the FA Cup third-round tie at Wolves on January 4, missing the last three games as his future became increasingly uncertain.

Stevenage-born Young, who has won 39 England caps, began his career at Watford and joined United from Aston Villa for £17million in June 2011.

He made 261 appearances for the Red Devils, scoring 19 goals.

He also picked up winner’s medals in the FA Cup, League Cup and Europa League.

Inter, who signed Romelu Lukaku from United last August and also have Alexis Sanchez on loan from the Red Devils, are second in Serie A, two points adrift of Juventus.