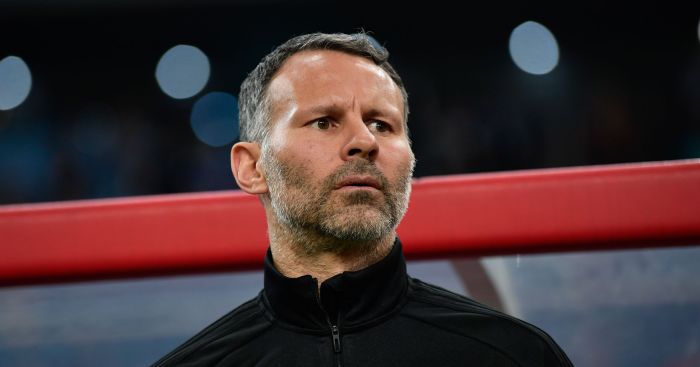 Ryan Giggs claims Manchester United new boy Bruno Fernandes “may be a liability defensively” if he is asked to play in a deep-lying role.

The 25-year-old arrived in Manchester this week – after sealing a £67.8million move from Sporting – with a sterling reputation as a creative midfielder capable of scoring and creating goals at will.

United legend Giggs believes Fernandes should be deployed further up the pitch so he can cause more problems for the opposition defence.

When asked to assess the Portuguese star’s first outing for the Red Devils, Giggs told Premier League Productions: “[You saw] glimpses of the quality he does possess. I think it might need a bit of working out what his best position is.

“With his back to goal, I don’t think that’s his position. When he’s a little bit deeper, defensively, he may be a bit of a liability. He’s in between the two really.

“That’s where you want to see him, coming on to the ball [heading into the final third].

“But also you see when he is that little bit deeper he can spray the passes, he has got the vision to then play those passes. But then you need the runs.

“When I went back and played in midfield, if I got the ball and no-one was running in behind, I’d tell them because first five minutes, I want to turn, face the play and move the defence.

“What that does, it gives space to the wide-men who want to come in, the No.10, the defence then are already on their way as soon as he gets the ball.

“I think he’ll want to find his best position first of all. He tired towards the end but you can see the quality that he has got.”

Giggs went on to suggest that United supporters will see Fernandes at his best once Ole Gunnar Solskjaer has a full-strength squad at his disposal.

“After that, you’ll see the [real] Fernandes,” Giggs said of the players who Solskjaer is hoping to welcome back into the fold as quickly as possible.

“Hopefully Pogba comes back, Rashford, McTominay and then judge Fernandes then, when he’s got Pogba next to him or in front of him, Rashford to hit those balls.

“I think it [his first match] was promising from Fernandes.”