Home F365 Says This is Manchester United: They are often sh*t 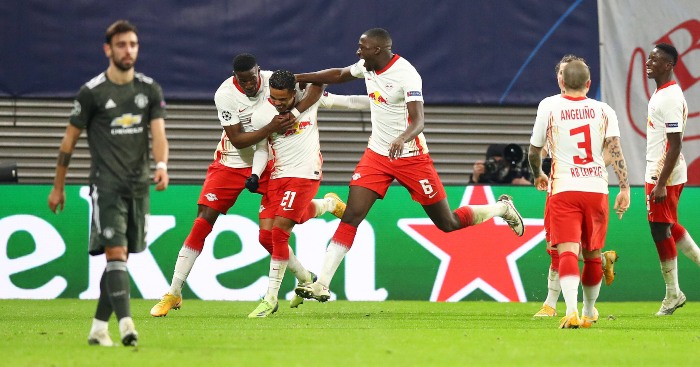 There’s a collective giddiness in the media whenever Manchester United start to develop any head of steam – ‘they are up and running again’, according to Tuesday morning reports – as the return of a behemoth of a club to performances and results befitting their size is generally thought to be ‘good for football’. It’s certainly tastes delicious to the football media, who crave a utopia of all-conquering Liverpool and Manchester United teams battling for honours.

Ole Gunnar Solskjaer is the perfect manager for this fantasy, always ready to play the weighty ‘this is Manchester United’ card, always willing to sweat Manchester United DNA and evoke Manchester United memories. This week he tried to claim that taking Champions League knockout qualification to the final game was ‘tradition’. Now there are many, many things intrinsically linked with Sir Alex Ferguson’s United – pace of attack, wing play, late equalisers, the use of Academy graduates, managerial mind games, a strong defensive spine – but none of them are ‘utterly f***ing up in Europe from an excellent position’.

That’s not to say that Ferguson never failed in Europe – in 27 years there will inevitably be mishaps and wrong turns – but he always had enough credit in the bank to guarantee forgiveness. Solskjaer has no such credit in the bank, however much some correspondents want to claim that reaching three semi-finals is a sign of progress rather than failure.

“That’s just the way we do things, that’s been ever since I played. When we saw this group, we didn’t expect to be through before the last game,” said Solskjaer this week. “Of course, we could have done it ourselves before now, but we’re pleased to have this chance.”

Of course, they could have done it themselves but the players were abysmal in Turkey and the manager was abysmal in Manchester against PSG. After those results, we were all supposed to laugh and say ‘silly Manchester United’, as if they were Tottenham or West Ham. Which might work if the executive vice-chairman was not boasting about taking “total net spending to over €200million (£180m) since summer 2019 – more than any other major European club over that period”. For that kind of outlay, everybody should expect better than this.

But this is Manchester United post-Fergie – forever taking two steps forward and then tripping over their boots to fall face-first into sh*t. This is the future they embraced when they appointed and then backed a manager who is not qualified for this gargantuan job. They will not sack Solskjaer for this failure or for creating this team that simultaneously wins and loses every weekend. This is the new normal. This is Manchester United and they are quite often terrible.

Solskjaer spoke of fear growing across Europe of this famed United side that never gives up. Oddly enough, his opposite number in the Leipzig dug-out spent less time worrying about such intangibles and instead focused on exposing a United defence that looked – as Paul Scholes said at half-time – “all over the place”. Aaron Wan-Bissaka’s back-post weakness was manifest not once but twice to leave United 2-0 down after just 13 minutes.

This is a nightmare for Man Utd 😬

59 seconds after Bruno Fernandes clatters the bar, RB Leipzig go up the other end and compile the misery with a third goal…

And it’s not pretty 👀 pic.twitter.com/bxAHsTyu8i

Some will point to United’s subsequent possession and chances but until Bruno Fernandes struck the bar – a moment of individual brilliance rather than cohesion, of course – they never looked truly dangerous. The noise was still reverberating around the empty stadium when United’s defence reached its nadir with Leipzig’s third, at which juncture any lingering hopes of a comeback appeared to be squashed. Except, this is Manchester United so there was still time for a revival, spectacular and thrilling enough to re-cast this as glorious failure rather than total disaster.

There will be thousands of words written about this Manchester United side and their never-say-die attitude, many ignoring the rather large white elephant in the room of the incompetence – from players and manager – that gets them into a near-death situation. Which is all fine, as long as nobody believes that this is a United side heading towards anything other than more of the same.