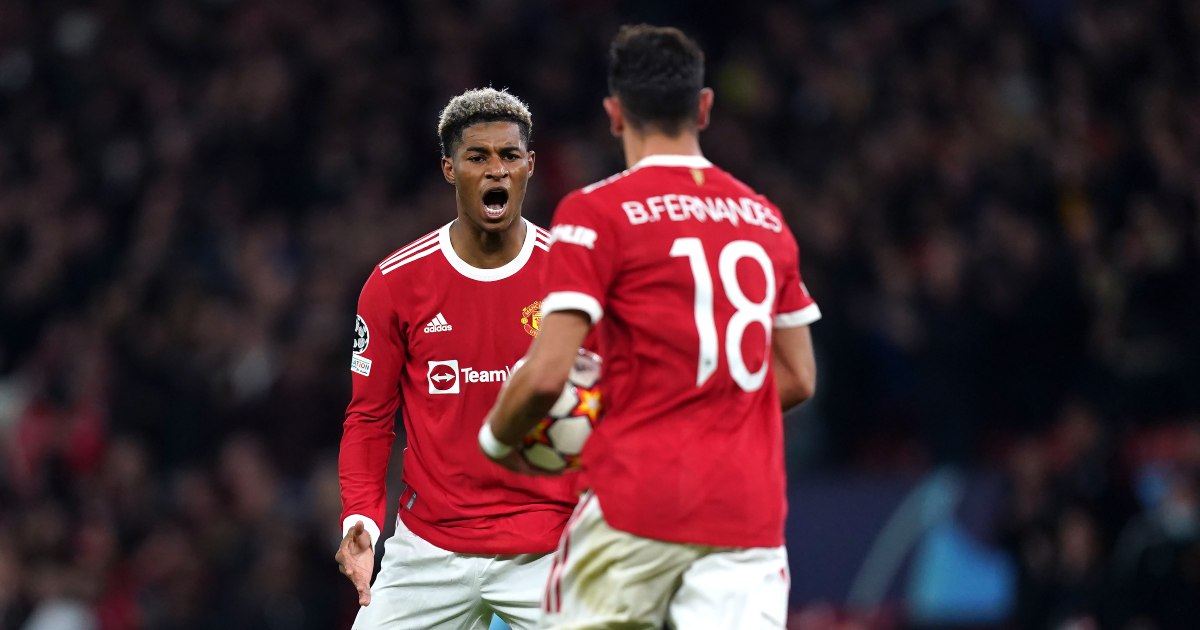 Cristiano Ronaldo scores a dramatic winner, Manchester United come back from the brink in glorious style and Ole Gunnar Solskjaer’s project is back on the up.

We’ve certainly been here before. Every time it looks as though Solskjaer is reaching the end he pulls a result out of the bag and the cycle begins again: a permanent limbo for a club hovering just outside contention for major honours; too good to be in crisis but not good enough to markedly improve.

But maybe this time is different. For starters, even his friends in high places seem to be growing tired of the lack of progress. Paul Scholes’ angry response in the BT Sport studio after the Atalanta win was a telling shift from ‘turning points’ gone by. There is a general consensus now across the media that United lack a plan or a clear sense of purpose under Solskjaer.

More importantly than that, and with Man Utd set to play the rest of the ‘Big Six’ before the end of November, the man who scored the winning goal on Wednesday looks likely to be the catalyst for permanent change. And not in a good way.

The 4-2 defeat to Leicester City last Saturday was an alarming vision of what’s to come in the Premier League games ahead. It was United’s first game of the season against a top side, and whereas in years gone by Solskjaer could rely on these matches to get him out of a sticky situation – sit in deep lines, patiently wait, launch improvised counter-attacks – with Ronaldo up front the tactical model fell apart.

Ronaldo barely moves when the opponent has the ball, failing to press or even cut off the passing lanes into midfield, which meant Leicester’s centre-backs easily played vertical balls through to Youri Tielemans to open up the pitch. Brendan Rodgers’ side essentially walked through the lines, causing the McFred partnership to lunge out of position to cover, having been so badly exposed by the absence of defending from the front.

Liverpool ought to be able to do this even more effectively, and certainly ought to blow Man Utd away should they come out as slowly as they did against Atalanta midweek. It is easy to see how Jordan Henderson, Naby Keita, and Fabinho can dominate midfield and play sharp passes into the final third should Ronaldo fail, once again, to stop that first pass coming through.

The last thing you want to do against Liverpool is give Sadio Mane, Mohamed Salah, and Roberto Firmino a head of steam – but you can’t avoid it if there is zero pressure applied to the ball until it is deep in the middle third of the pitch. That is surely going to be the game’s key tactical pattern as United sit off, compressing the space in their own half and looking to catch Liverpool’s high line on the break.

If the hosts cannot get an early foothold in the game then suddenly mismatches will be exposed across the pitch: Scott McTominay and Fred are unlikely to cope with Firmino’s movement into the ten space, while Liverpool’s advancing full-backs will find space in front of their opposite numbers given that United’s shape is narrow and their wide forwards rarely track back.

But United are not without hope, especially if Solskjaer decides to continue with the configuration that ended the midweek Champions League tie. Ronaldo went to the left and Edinson Cavani led the line, and while it was a fluid and improvisational attack with many positional changes this might be a better way round to stop the first pass into midfield.

Should the match be successfully slowed down then United can cause problems. On the break, Ronaldo’s superb runs on the shoulder of the last defender are a serious concern for the Liverpool back line, especially if the match becomes stretched as it did in their 2-2 draw with Manchester City. And if that was to happen then Luke Shaw’s crossing ability and Bruno Fernandes’s eye for a threaded through ball can definitely unlock Jurgen Klopp’s defence.

Deeper analysis of Man Utd’s attacking threat isn’t really warranted, such is the individualism of their approach, but suffice to say we know they are capable of winning the moments. We know that Marcus Rashford, Mason Greenwood, Paul Pogba, Fernandes and Ronaldo can come up with a piece of magic out of nowhere, and that Liverpool – who have conceded eight goals in their last five matches – are vulnerable. That is especially true at set-pieces, from which the threat of Maguire and Ronaldo will worry the Liverpool manager.

But it is difficult to look beyond a Liverpool win; a win that would cause Solskjaer significant damage ahead of the Manchester derby next weekend and further cement the now-mainstream view that he does not have the tactical credentials to turn the club into Premier League title contenders.

What Man Utd have long needed is a more sophisticated approach, not glamour signings to paper over the cracks. How fitting it would be if Ronaldo’s performances turned out to be the turning point; the trigger for a movement away from the strategy that led to his return to Old Trafford.